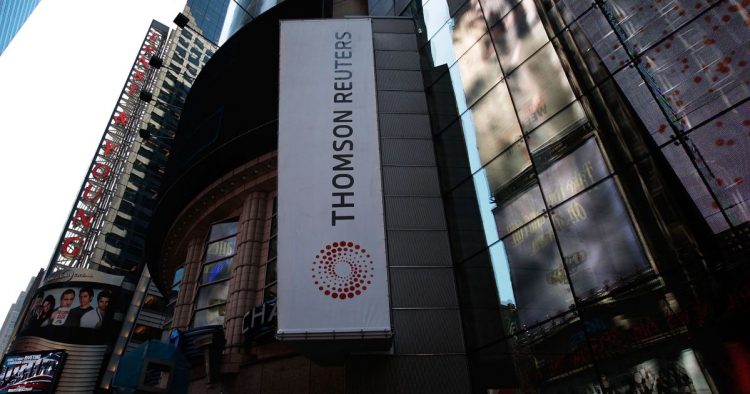 Thomson Reuters Corp. journalists in the US are preparing to launch a daylong strike Thursday, the first walkout in decades among the media company’s long-unionized staff.

Employees plan to start a 24-hour strike at 6 a.m. New York time Thursday after claiming the company didn’t fairly negotiate pay increases, according to the Communications Workers of America’s NewsGuild, which represents US-based Reuters reporters, photographers and video journalists. The group said about 90% of the 300 or so Reuters employees it represents agreed to participate.

The news organization proposed a three-year contract with guaranteed annual pay increases of 1%, according to the union, which would erode employee spending power against a backdrop of 9% inflation. Members of the guild believe Reuters managers aren’t working with them in good faith, and have also filed a complaint with the US National Labor Relations Board. They join an expanding group of media workers that have recently pushed back against what they characterize as unfair treatment by their employers.

“In 2020 we were all asked to step up,” said energy reporter Tim McLaughlin, a member of the union’s bargaining committee. “Everyone just rose to the occasion, and we thought – wrongly as it turns out – that we would get something in return.”

In an emailed statement, Reuters said it was “fully committed to constructive negotiations with the NewsGuild” to reach a contract. “These conversations are ongoing and we will continue to work with the Guild committee to settle on mutually agreeable terms,” the company said.

Reuters employs around 2,500 journalists in close to 200 cities total, according to its website. The guild represents employees at outlets including the Washington Post, Politico, and Bloomberg LP’s subsidiary Bloomberg Industry Group. Bloomberg LP, parent of Bloomberg News, competes with Reuters as a provider of financial news and services.

The Reuters strike comes amid a wave of increased activism and organizing among media workers. The NewsGuild has prevailed in unionization elections in recent years at publications such as the Los Angeles Times. It also mounted strikes during the past year at outlets including Buzzfeed, the Miami Herald and, during Black Friday, the New York Times Co.’s Wirecutter product-review site.

Reuters employees timed Thursday’s walkout to coincide with the company’s second-quarter earnings announcement, hoping to maximize attention from management and customers. While one-day strikes often do more to impact companies’ public image than their operations, the guild said it expects the strike to disrupt Reuters’ newsgathering work by forcing management to rely on reporters abroad or editors to cover the day’s events.

In its statement, Reuters said, “We have extensive contingency plans in place that will minimize this brief disruption and are confident that we will deliver the highest quality of service to all our customers.”

The media company said in its first-quarter earnings report in May that sales and revenue exceeded expectations, with total company revenue up 6% from a year earlier, to $1.67 billion. One of Reuters’ major customers automatically pays more due to increasing inflation, according to its 2021 annual report. The London Stock Exchange Group Plc, which purchased a data business from Reuters in 2019, will pay the media company at least $339 million per year until 2048, and “the contract requires adjustments related to changes in the consumer price index,” according to the report.

In the May earnings announcement, Thomson Reuters Chief Executive Officer Steve Hasker said the company would invest in its business and employees. But guild members, whose most recent union contract expired in late 2020, said the company hasn’t been giving back to the employees who fueled its success.

“Most media companies are having a hard time, but that ain’t us,” McLaughlin said, adding that the attitude of Reuters employees ranges “from peeved to apoplectic.”

A 1% increase in pay would amount to an 8% decline in purchasing power, according to Heidi Shierholz, president of the Economic Policy Institute, who served as the Labor Department’s chief economist under President Barack Obama. And some economics research suggests inflation won’t ease in the near future.

“It is no surprise that workers are not OK with that,” Shierholz said. “In order to fully offset inflation, right now a big increase will be required.”

7 Mobile Fitness Apps You Should Try This Summer