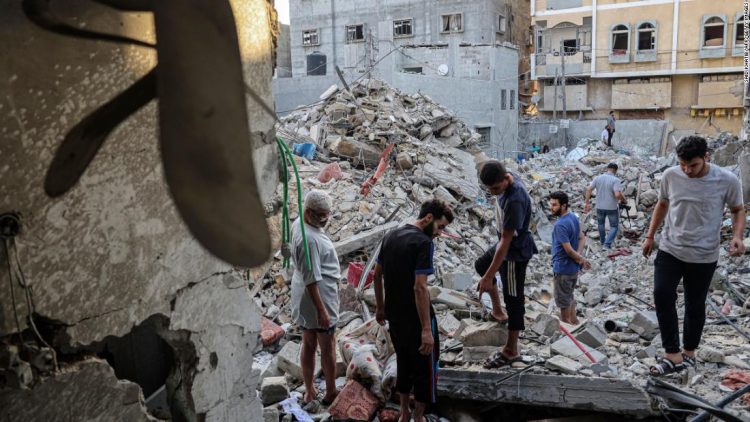 Announcing the truce, a brief statement from the Israeli Prime Minister’s Office thanked Egypt for its mediation efforts, but warned if it was violated, “the State of Israel maintains the right to respond strongly.”

The announcement, which followed shortly after one from Islamic Jihad, came about 50 hours after the escalation began, when Israel had launched what it called preemptive strikes on Islamic Jihad targets in Gaza. At least 44 civilians, including 15 children, and militants were killed in the escalation, according to information from Palestinian officials.

Terms of the agreement were not immediately made public. However, Egypt’s official state news agency reported that in the push for a truce, Cairo was working to see the release of an Islamic Jihad militant captured by Israel six days ago, and ensure a Palestinian prisoner on hunger strike in an Israeli jail would be transferred to a hospital for medical treatment.

In a statement issued by the State Department Monday, US Secretary of State Antony Blinken welcomed the ceasefire.

“The agreement will bring a welcome respite to Israeli and Palestinian civilians and permit deliveries of critical fuel and other supplies into Gaza,” the statement said.

“The United States remains dedicated to our ironclad commitment to Israel’s security and will remain fully engaged in the days ahead to promote calm. We will continue in the months ahead to work with partners to improve the quality of life for Palestinians in the Gaza Strip.”

Khaled Mansour, a leader of Islamic Jihad’s operations in southern Gaza, was killed in an airstrike on a building in Rafah, close to Egypt’s border, according to Israeli officials. Israel said Mansour was responsible for a number of terror attacks against Israelis.

He was the second Islamic Jihad commander killed in the Israeli operation, which it dubbed “Breaking Dawn.” In one of the Israeli campaign’s opening salvos on Friday afternoon, an airstrike killed Tayseer Al-Jabari, the head of the militant group’s operations in the north of Gaza. 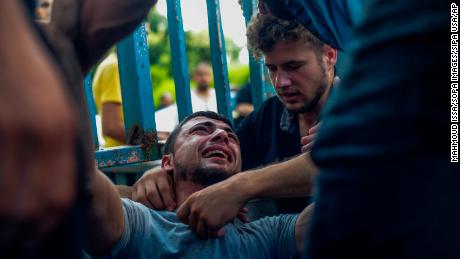 The Israeli military went on to hit dozens of additional targets in Gaza, including rocket launching sites, weapons manufacturing facilities and a tunnel it said was being built to allow militants to infiltrate Israel and carry out attacks. The Israeli military also extended its campaign into the West Bank, detaining about 40 suspected Islamic Jihad militants across the territory in two nights of operations.

Islamic Jihad, which is the smaller of the two main militant groups in Gaza, has fired more than 900 rockets and mortars, according to Israeli officials, mainly toward Israeli communities close to Gaza, but it has also fired several longer-range rockets.

About 20% of the launches have landed inside Gaza, an army spokesman told reporters. The Iron Dome aerial defense system, which is deployed against any incoming fire assessed to be a threat to people or buildings, and which intercepted the rockets fired at Jerusalem, was operating at a 97% success rate, the spokesman said Sunday.

Children among the dead

Forty-four Palestinians, among them 15 children, were killed in the violence, according to the Palestinian Ministry of Health. Israel maintained most of those killed in its airstrikes were militants, while Islamic Jihad refused to release the names of its fighters killed, saying it would do so only when the escalation was over. 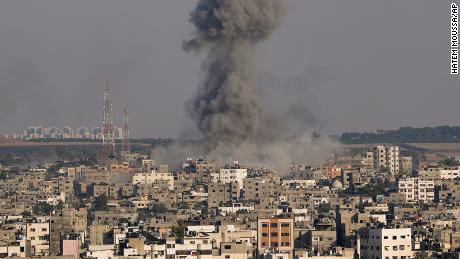 There have also been conflicting claims over responsibility for some of the deaths. In one incident Saturday, four children were among seven people killed in an explosion in Jabaliya in northern Gaza. The Palestinian Health Ministry said the blast was caused by an Israeli airstrike, but Israel rejected the claim, blaming errant rocket fire. The Israel Defense Forces released a video showing what it said was the Islamic Jihad rocket apparently suddenly losing power and falling to the ground over a built-up area.

The Palestinian Authority presidency, which is based in the West Bank and has very limited influence over events in Gaza, strongly condemned Israel’s military operation and appealed for a strong response when the UN Security Council holds a special session later to discuss the escalation.

Among the UN’s most pressing humanitarian priorities is restoring the supply of fuel to Gaza, the UN’s Office for the Coordination of Humanitarian Affairs (OCHA) told CNN. Stocks are so low that Gaza’s single power plant has been shut down since around miday Saturday, causing drastic cuts to electricity supplies throughout the territory.

Two water treatment plants and nine pumping stations have been forced to shut down as a result of the electricity shortages, OCHA said, meaning 130,000 cubic meters of dirty water is now flowing directly into the Mediterranean Sea.

The impact is also being felt by Gazan households, which are now receiving an average of three to four hours of electricity per day, down from 16 hours, the Gaza Power Generating Company told CNN. 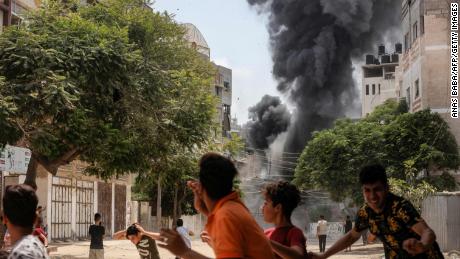 Fuel for the power plant is brought into Gaza by truck through the Kerem Shalom crossing, which was closed by Israel six days ago amid concerns that Islamic Jihad was threatening an attack after an Israeli military operation in the West Bank town of Jenin, where Israeli forces captured one of the group’s senior commanders, Bassam al-Saadi, on Monday night.

The escalation was the most serious in nearly 15 months, when the Israeli military and Hamas fought an 11-day war in May 2021. A key difference this time was the decision by Hamas to stay out of the fighting. Its statements blamed Israel for the escalation but consistently stopped short of threatening attacks in retaliation.

The two-day clash came as the leader of the Islamic Jihad was in Iran, meeting with Iranian President Ebrahim Raisi and other high-ranking officials.

A video obtained by Reuters showed Ziyad al-Nakhalah holding talks with Raisi on Saturday in Tehran, a day after Israel launched its military operation against Islamic Jihad in Gaza. 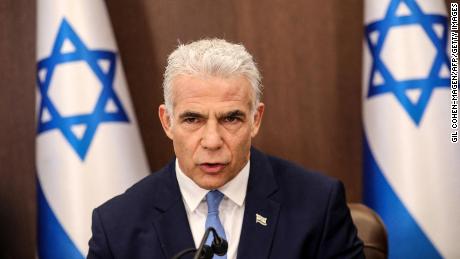 Al-Nakhalah also spoke Saturday with the commander of Iran’s Revolutionary Guards, Maj. Gen. Hossein Salami, who praised “the swift response of the Palestinian Islamic Resistance” to the Israeli military operation, saying it “proves that a new era has begun for the resistance to take power,” according to a report by Iran’s Fars News Agency.

Israeli Prime Minister Yair Lapid drew attention to Al-Nakhalah’s Iran visit when he spoke Friday about the campaign in Gaza.

“Our fight is not with the people of Gaza. Islamic Jihad is an Iranian proxy that wants to destroy the State of Israel and kill innocent Israelis. The head of Islamic Jihad is in Tehran as we speak. We will do whatever it takes to defend our people,” Lapid said.

3 Essential Software For The Ultimate Gamer