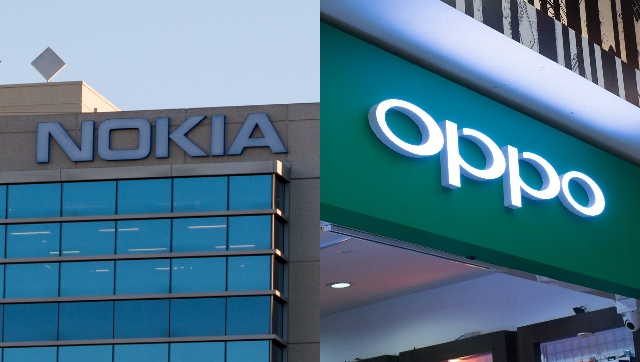 Solana NFT sales up 77% in September despite sluggish quarter

Oppo and OnePlus have been banned by a German court from selling their 5G smartphones in the country. Experts believe that soon, other countries in the European Union will also come up with a similar ban.

The reason behind the ban that the German court imposed on Oppo and OnePlus doesn’t have anything to do with money laundering or misappropriation of funds, but a patent dispute between Nokia and the Chinese smartphone makers.

Finnish technology major Nokia, one of the most prominent early mobile phone makers has a ton of patents on 5G technology in its arsenal, and this is turning out to be a massive headache for a number of Chinese smartphone manufacturers.

In July this year, the Mannheim District Court of Germany ruled in favour of Nokia and found that Oppo and OnePlus did not have valid licenses for the 5G technology that they were using in their smartphones.

The court then ordered both the parties to reach a settlement in terms of licensing fees, failing which, it would be forced to impose a sales ban on Oppo smartphones. And that is exactly what happened.

One of the reasons why Oppo and OnePlus couldn’t reach a licensing deal may be due to the fact that both these smartphone makers rely on economies of scale to operate, meaning that they keep a very little margin on each of the devices that they sell, but hope to make good money, by the sheer number of devices they sell.

Had they gone for a licensing deal, both of these smartphone manufacturers would have to pay about 2.50 Euros per device that they sold. On paper, it might not sound that bad, but when you consider how slim of a profit margin both Oppo and OnePlus operate on in Europe, the fee would have taken a significant portion out of their profits.

Following this ruling, there is a very good chance that other manufacturers from Oppo and OnePlus’ parent company, BBK Electronics, may face a similar problem. Other smartphone brands in BBK Electronics’ portfolio include the likes of Vivo, iQOO, Realme etc.

Due to more lawsuits by Nokia against BBK group in the UK, Netherlands, Spain, France, Finland, and Sweden, this could mean the end of the Eurotrip for Oppo, OnePlus, Vivo, Realme brands.

How to make money on TikTok: Three tips to get paid

Here’s everything that’s new with the iPhone 14 Pro series which makes it the ‘best iPhone, yet’- Technology News, Firstpost