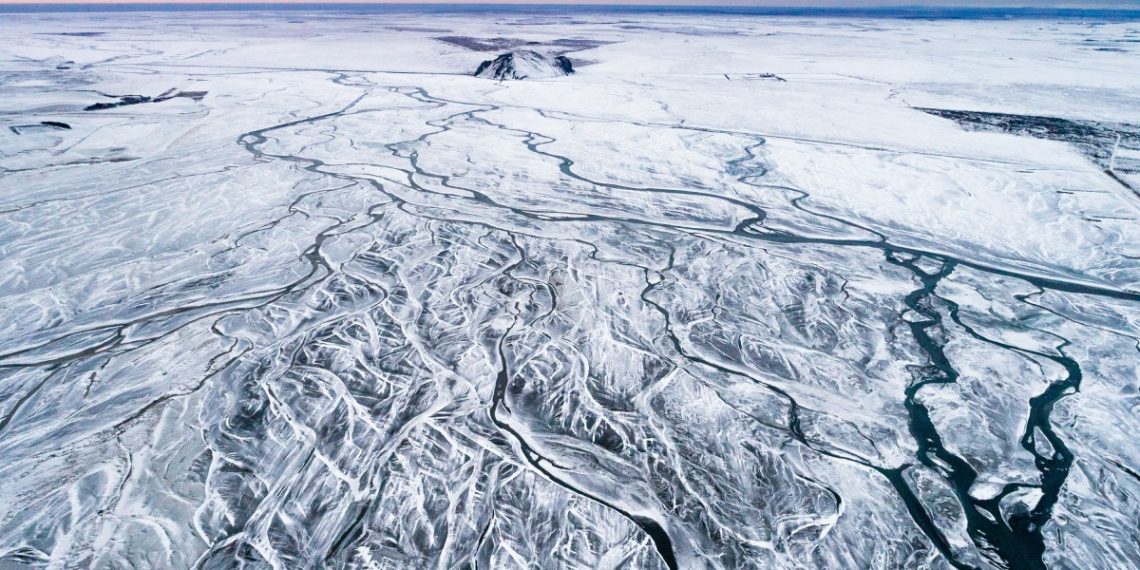 Researchers have used deep learning to model more precisely than ever before how ice crystals form in the atmosphere. Their paper, published this week in PNAS, hints at the potential to significantly increase the accuracy of weather and climate forecasting.

The researchers used deep learning to predict how atoms and molecules behave. First, models were trained on small-scale simulations of 64 water molecules to help them predict how electrons in atoms interact. The models then replicated those interactions on a larger scale, with more atoms and molecules. It’s this ability to precisely simulate electron interactions that allowed the team to accurately predict physical and chemical behavior.

“The properties of matter emerge from how electrons behave,” says Pablo Piaggi, a research fellow at Princeton University and the lead author on the study. “Simulating explicitly what happens at that level is a way to capture much more rich physical phenomena.”

It’s the first time this method has been used to model something as complex as the formation of ice crystals, also known as ice nucleation. This is one of the first steps in the formation of clouds, which is where all precipitation comes from.

Xiaohong Liu, a professor of atmospheric sciences at Texas A&M University who was not involved in the study, says half of all precipitation events—whether snow or rain or sleet—begin as ice crystals, which then grow larger and result in precipitation. If researchers could model ice nucleation more accurately, it could give a big boost to weather prediction overall.

Ice nucleation is currently predicted on the basis of laboratory experiments. Researchers collect data on ice formation under different laboratory conditions, and that data is fed into weather prediction models under similar real-world conditions. This method works well enough sometimes, but often it ends up being inaccurate because of the sheer number of variables involved in actual weather conditions. If even a few factors vary between the lab and the real world, the results can be quite different.

“Your data is only valid for a certain region, temperature, or kind of laboratory setting,” Liu says.

Predicting ice nucleation from the way electrons interact is much more precise, but it’s also very computationally expensive. It requires researchers to model at least 4,000 to 100,000 water molecules, and even on supercomputers, such a simulation could take years to run. Even that would only be able to model the interactions for 100 picoseconds, or 10-10 seconds—not long enough to observe the ice nucleation process.

Using deep learning, however, researchers were able to run the calculations in just 10 days. The time duration was also 1,000 times longer—still a fraction of a second, but just enough to see nucleation.

Of course, more accurate models of ice nucleation alone won’t make forecasting perfect, says Liu, since it is only a small though critical component of weather modeling. Other aspects are also important—understanding how water droplets and ice crystals grow, for example, and how they move and interact together under different conditions.

Still, the ability to more accurately model how ice crystals form in the atmosphere would significantly improve weather predictions, especially those involving whether and how much it’s likely to rain or snow. It could also aid climate forecasting by improving the ability to model clouds, which affect the planet’s temperature in complex ways.

Piaggi says future research could model ice nucleation when there are substances like smoke in the air, potentially improving the accuracy of models even more. Because of deep-learning techniques, it’s now possible to use electron interactions to model larger systems for longer periods of time.

“That has opened essentially a new field,” Piaggi says. “It’s already having and will have an even greater role in simulations in chemistry and in our simulations of materials.”