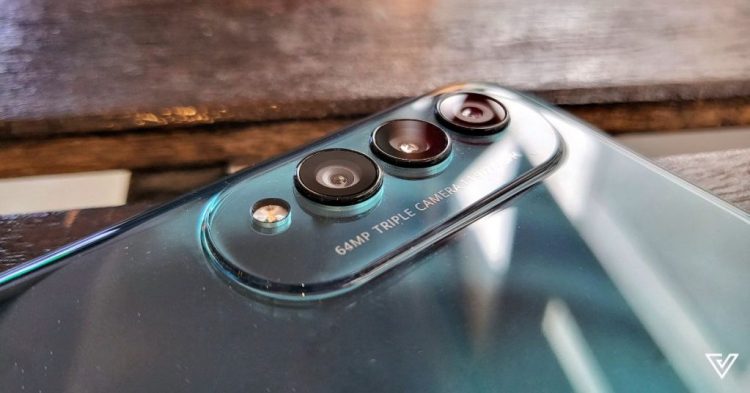 Coming all the way from France, smartphone brand Wiko is making a comeback in Malaysia with the rollout of two new phones: Wiko T50 and Wiko T10 this August 2, 2022.

Previously, the brand made its first appearance in Malaysia with the Wiko Highway Pure being the slimmest and lightest 4G phone in the market back in 2018. Since then, the brand hasn’t made any further moves in our local market.

From what we know, it appears that Wiko is known to make smartphones accessible to the masses since its inception in 2011.

We’ve now been given the opportunity to review the Wiko T50 for a week, and having never experienced the brand’s offerings before, here are my thoughts on the budget-friendly phone.

Boasting “Elegant French Aesthetics,” the chrome Aqua green unit we got resembles the hues of the deep sea. Other colours include Midnight Black and Lively Pink, though the latter won’t be available in Malaysia.

With a glossy finish on its back, the Wiko T50 is unfortunately prone to fingerprints. The clear phone case that came with the phone was little help in alleviating the fingerprint issue, or the slight bump from the triple-cameras setup.

There’s no mistaking that the phone is made out of plastic, which should be expected at its price point. On the plus side, it makes for a lightweight phone at 179g that didn’t fatigue my wrist when using it for long periods one-handed.

As for the buttons and ports on the 8.4mm sides, the T50 has a volume rocker and lock button that doubles as a fingerprint scanner on its right side.

The bottom is where you’ll find the speaker grille, a USB-C port, and access to the phone’s SIM tray. Some might be pleased to know that there’s also a headphone jack up top (earphones not included in the box though).

Turning the phone on, the T50 lit up on its 6.6-inch display that has close to no bezels. It has a good resolution and brightness with Full HD+.

Providing only 60Hz in an age where we’re all spoiled by higher refresh rates makes the lag relatively noticeable when scrolling on social media and switching between apps.

The Wiko T50 has three on the back comprising a 64MP main, 8MP ultra-wide, and a 2MP depth sensor. There’s also a 16MP selfie camera on the front housed in a punch hole.

Built to leverage AI post-processing, it’s a feature that can be turned on and off, depending on your preference.

For its main camera, I found that while images came out clear, they weren’t as crisp as I would’ve liked them to be when zooming in on photos. The same goes for the ultra-wide mode that provides a 120-degree field of view.

With an f/2.4 Macro camera, Wiko claims it can shoot close-up photos down to 4cm away from the subject, with the focus area remaining sharp while the rest is blurred into the background.

Testing this, I found that while the T50 could do that, the quality is dependent on how well-lit your subject is.

However, the camera’s portrait, or what it calls “Bokeh” mode, fares a bit better. So long as you have good lighting, portrait mode shots come out decently well after the AI processors kick in, making it great for food photography.

With filters to play with, we had lots of fun with the selfie camera’s AR feature. Beauty controls are customisable as well, giving your skin that smoothened and whitened look if that’s what you’re aiming for.

Google Lens is embedded into the T50’s camera as well, which can be found next to the camera’s shutter. When enabled, tapping on the shutter will immediately search up whatever you were pointing at, whether it’s a product, plant, or food.

All in all, I’d say Wiko’s T50 cameras do their job satisfactorily for an average user, but don’t expect flagship specs and quality.

To test out the Wiko T50’s performance, I played my go-to open-world game, Sky: Children of the Light, a slightly heavier game to run due to its graphics.

Equipped with a Mediatek Helio G85 processor, 6GB of RAM, and 128GB of internal storage, the game ran smoothly on medium settings. The game’s mystical music came through loud and clear through the phone’s stereo speakers.

I could play Sky for about two hours with the phone getting only slightly warmer than usual.

As for the Wiko T50’s battery life, other reviewers have said that it leaves more to be desired. From my testing though, the 4,000mAh has been challenging to drain, lasting me up to a day of regular usage: social media scrolling, texting, video watching, light gaming, and photo-taking.

Could it be that I’ve gotten accustomed to my main Samsung Z Flip3’s subpar 3,300mAh capacity needing to be charged thrice a day?

The French company sensibly includes a 40W charging brick in the phone’s box. It’s said to bring the phone’s battery from 0% to 65% within 30 minutes, and it did not disappoint during my testing.

With T50 priced at RM899, it’d be unfair to compare it to higher-end flagships 1:1. Those who are more tech-savvy may get frustrated with its slower performance and average specs.

However, it makes for a decent entry-level phone. It’s suitable for a child’s first phone, or grandparents needing the bare necessities for their YouTube shows.

The T50 will be available for purchase online from August 5 onwards from its official Shopee store.

VP Verdict is a series where we personally try and test out products, services, fads, and apps. Want to suggest something else for us to try? Leave a comment here or send the suggestion to our Facebook page.