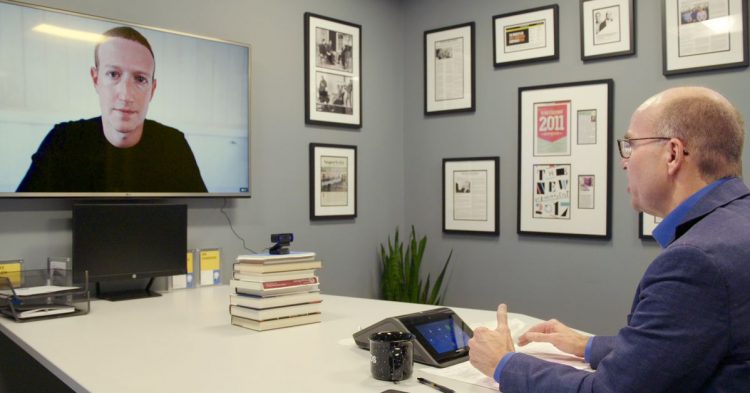 Axios is an against-the-grain success story: a five-year-old media startup, backed by venture capital, that succeeded journalistically and financially. Which is why it has been able to sell itself for more than $500 million to Cox Enterprises.

But there’s something else unusual about Axios, at least compared to most media companies: It owes a significant amount of its success to Meta and other tech giants.

Solana NFT sales up 77% in September despite sluggish quarter

That’s because Meta, Alphabet, and other Big Tech companies looking to repair or burnish their reputation have been pouring ad money into Axios and other digital publishers that focus on Washington, DC. That group includes Politico and Punchbowl News, a startup that focuses on Congress. Publications that would like to be in that group include Puck, the subscription news startup, and Semafor, the publication Ben Smith and Justin Smith will launch this fall.

Peter Kafka reports on the collision of media and technology.

Tech companies aren’t the only players in the so-called “corporate social responsibility” ad market that has been around for years. If you’ve ever watched a Sunday news show like Meet the Press, you’ve definitely seen examples. They’re often for companies you’re never going to interact with personally — think Cargill or ADM or Lockheed Martin — but that very much want to interact with Congress. And they’ve been a staple for an earlier generation of print-based DC publications, like Congressional Quarterly.

But the ads, which are meant to influence people who might regulate the company paying for the ads, have become particularly important to the new breed of digital-first publications that have been cropping up in DC for the past decade or so, starting with Politico in 2007.

Publishers in the market say the spending has ramped up considerably in recent years, pushed in large part by tech companies trying to deal with new scrutiny. And they say Facebook owner Meta is the biggest player in the game.

“Facebook is a massive net plus for us,” Axios CEO Jim VandeHei told me in 2020, when he was explaining why his company’s ad business was growing ahead of plan. (VandeHei, like many publishers I talked to, declined to speak on the record for this story, as did execs at tech companies I spoke with.)

Just how much money Meta and the rest of big tech are plowing into DC publications — as well as ones that aren’t solely focused on Washington, including the New York Times, the Wall Street Journal, the Atlantic, and even Vox Media, which owns this site — is a matter of conjecture. But publishers I’ve talked to think the market for corporate responsibility ads in DC pubs may be around $350 million — up perhaps tenfold from the 1990s — with tech companies accounting for perhaps a third of that.

By the standards of tech giants — that is, some of the biggest companies in the world — that’s almost nothing. For context: In the second quarter of 2022, Meta, which has been struggling on multiple fronts, generated $6.7 billion in profits. That’s more than $70 million a day.

But for publishers, even a slice of a slice of tech money is incredibly high-margin and meaningful. Rivals tell me that Axios, for instance, charges $300,000 for a week-long ad campaign that includes multiple placements. Last year, Axios generated a $4 million profit on $87.5 million in sales, and hopes to generate more than $100 million in 2022, the company has told investors.

The money is also material to small marketing agencies that have created a boutique industry placing ads on behalf of corporate clients. Bully Pulpit Interactive, for instance, handles Meta’s DC-based buying, though neither company would confirm that on the record. Meta also isn’t listed as one of Bully Pulpit’s clients on its homepage, which does list the Chan Zuckerberg Initiative, the philanthropy funded by Meta CEO Mark Zuckerberg and his wife, Priscilla Chan.

If tracking the total dollars that tech folks are spending in Washington remains murky — unlike lobbying expenditures, they’re not required to file that info anywhere — the rationale for the spending is quite clear: In the aftermath of the 2016 elections, Big Tech has been scrutinized and criticized by Democrats and Republicans, who are lining up to regulate the sector.

“They’re doing so much more in Washington because Washington is doing so much more to them,” says Matt Kaminski, editor-in-chief of Politico. Other active big-tech messengers, publishers tell me, include Alphabet, Google’s parent company, which is currently facing multiple lawsuits from regulators, and Amazon, which may also find itself sued by the federal government before the end of the Biden administration.

Less obviously active is Microsoft, which got a crash course in the perils of Washington in the 1990s, when it fought a long-running antitrust suit. Since then, the company has paid much more attention to policymakers, which may help explain why it has been spared many of the anti-big-tech broadsides of the last few years.

It’s reasonable to ask whether all of that money has any effect on the coverage the DC pubs aim at big tech. Because when they make a concerted messaging push, it’s hard to miss it, as journalist Judd Legum has pointed out.

But publishers I talked to insist that they don’t worry about tech money warping their coverage. For starters, many of them barely cover tech. And they say corporate image advertisers want to advertise with them because they’re reaching a select group of policymakers and influential people — not because they want to skew the way they report. They also note that the New York Times, which has been markedly critical of big tech in its coverage following the 2016 election, frequently runs image campaigns from Big Tech.

Also up for debate is whether tech’s dominance in DC advertising is going to keep going for years or if it will get replaced by other prominent sectors. Some publishers think the pendulum will eventually swing in a different direction and you’ll see health care and Wall Street companies displace tech at the top of the advertising heap.

Others argue that tech’s massive size and influence mean that it will always be a target for regulation, which means that it will always want to pay to change the way important people perceive it. But whoever wants to spend will always find a gaggle of publishers happy to take their money.

How to make money on TikTok: Three tips to get paid

Transport Apps Promised to Eliminate Friction. But at What Cost?