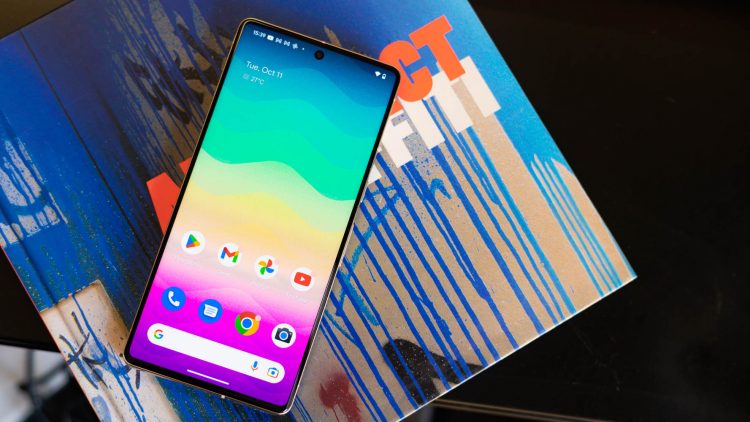 Shortly after Google launched the Pixel 6 series, customers started noticing a ton of problems with the phones. They were mostly software-related issues that Google fixed in the due course of time, but it’s safe to say that the Pixel 6 series didn’t have the smoothest of launches. Since it’s been a few weeks after the launch of the Pixel 7 and 7 Pro, we thought of asking people if they’ve witnessed any major issues with Google’s latest flagships. Here’s how users voted in our poll.

Have you had any major issues with your Pixel 7 phone?

We received over 4,800 votes in our poll about possible major issues with the Pixel 7 series. We can only assume in good faith that most of those votes came from actual Pixel 7 and Pixel 7 Pro users. Nevertheless, the results of the poll are totally one-sided, in Google’s favor.

Let’s take a look at some of the comments that shed more light on the problems users are facing with the Pixel 7 line.

ConnectedOne: The fingerprint scanner works less than 50% of the time. I have no glass protector on it. I’m going to just deal with it for the duration, but this will likely be my last Pixel. I’ve had three before the 7.

Fontaine: The fingerprint scanner is completely useless. I have to unlock my phone with a password, pin, or pattern since it always fails to work. It’s especially problematic at night since the face unlock doesn’t work in the dark. Something is wrong with Google Wallet on this phone, and I can’t add any of my credit cards to it anymore. Never had this issue before I tried to use Wallet on the Pixel 7. Google support confirmed it’s a known issue with the phone. Unbelievable that Google can’t get their first-party app to work with their first-party phone. Tap, Tap (back tapping shortcut) is completely broken and has never worked on this phone. Hold For Me and Call Assist are great when they work. Which is about 10% of the time when I’m on an automated call. On the other 90% of calls I’ve made to an automated line, the Hold For Me button and Call Assist UI never even appear on the screen. Why we can’t trigger Hold For Me at will is beyond me.

If I didn’t value camera quality so highly, I would have returned this phone in week 1. As it is I know I made a mistake that I have to live with for now. For the first time, I am considering switching to iPhone, so I can have a nice camera AND the first-party software features will actually work.

Kevin Johnston (cdnk3v): When the phone crashes, it’s just a black screen, and no matter what I do, I cannot restart it or power it back on ( not even sure it is off). This has happened twice already. I basically give it like 30 minutes, and then I can turn the phone on. Frustrating to say the least. Both times I was closing an app at the time.

Leo Kanellopoulos: I live in a big capital and since the beginning, the reception was so bad I didn’t even get calls. I ended up going back to my OnePlus 8T. The Internet was also so bad I wanted to cry. Oneplus 8T did 268mbps download while my Pixel 7 Pro got up to 17mbps at most. Returned it for a full refund and checking other options now.

Blaize19: I only had one issue, but it was a doozy. Received my Hazel Pro on release day. About three weeks later, out of nowhere, the screen began flashing neon green lightning. This lasted for about 15 seconds, stopped, then repeated. Completely damaged huge swaths of the screen. Luckily, I was within the return window, so I returned it and purchased a new one. Had the replacement within 2 days, and so far, so good. I’ll be very relieved once I’m past three weeks, though. I think this was just a defective unit, though, and not a flaw in the line as a whole.

Thretosix: Video editing in the photos app on the Pixel 7 Pro is useless. Unusable even after resetting the phone. Nothing but freezing and crashes for me. Google has zero customer support. I’m to the point I would rather deal with the Genius Bar just to get support for my device.

Ravin: The fingerprint scanner is kind of hit or miss. Sometimes it works the first time other times it doesn’t. I shouldn’t need to have perfect finger placement for it to work

Armando Estrada: I live in NYC. But for some odd reason the last 2 weeks, my reception would completely throw an exclamation point or randomly go on the EDGE network and it would stick around unless i turn on Airplane mode and toggle it back off. I was thinking the November patch would fix the issue but it’s still present

James Guy: YouTube keeps losing screen rotation until I restart the app. Getting on my nerves. Google-owned apps should be flawless.

Insid: I’ve had an issue with the camera focusing, and my volume rocker has come out a couple of times because of the holder I use in my car. The rubber on the sides sticks to the volume rocker and pulls it out. It’s really weird that it comes out so easy. Thankfully it just snaps back in.

KB: Sometimes the fingerprint scanner doesn’t work (10% of the time?) And sometimes apps stop responding to clicks temporarily. Other than that pretty happy with it.

Luke H: My Bluetooth regularly drops my Garmin Fenix. Toggling airplane mode will reconnect it. My home’s smart lock doesn’t auto-unlock because Bluetooth doesn’t detect the lock. Phone as a Key is super spotty, too, and my car often doesn’t detect it unless I unlock my phone and open the car app. I’ve tried unrestricting the apps’ battery settings, doesn’t matter. Sometimes the Google search returns a blank or blinking screen. A reboot fixes it. My fingertips are often overworked and peeling, so the on-screen fingerprint reader rarely works. Worked fine on the Pixel 3 and 5. I want to like this phone, but I’m struggling.

Rob A.: 7 Pro – no issues and the FP scanner works well, and it’s pretty quick. Face unlock is also fast. I can’t say anything bad about this phone.

Eric Musselman: Every time I restart my pixel 7, it forgets the battery optimization settings. Any apps I previously restricted for background battery revert to the default optimized and not restricted.

Michael Schaap: Yes: wireless charging stopped working after 2 weeks on my Pixel Pro 7. (Probably not going to send it back, too much of a hassle.)

Stanley Kubrick: No problems at all for me. Sorry for those who are having issues. Every brand of phone top-to-bottom has a few that are buggy and/or defective.

Windows 10: A guide to the updates

All the tech announcements we can expect from Reliance’s 2022 AGM- Technology News, Firstpost