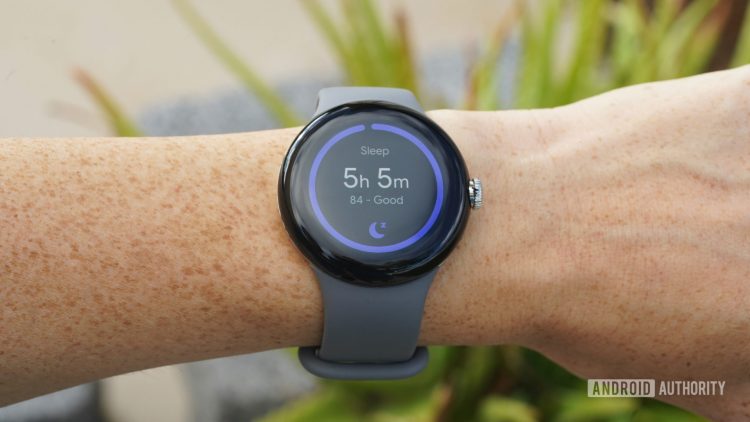 Fitbit integration is at the core of the Google Pixel Watch, and as such, it has received a number of Fitbit features like workouts, Active Zone Minutes, and sleep tracking. One of the glaring features it’s been missing, however, is support for Fitbit Premium’s Sleep Profile. But it looks like that’s changing starting today.

Fitbit Premium is a subscription service that gives users access to some of Fitbit’s top features including detailed sleep breakdowns, health metrics, heart rate variability measurements, and more. One of the most useful features, in terms of sleep analysis, that is a part of Fitbit Premium is Sleep Profile. However, the feature was not included with the Pixel Watch when it launched.

In a blog post, Google announced that Sleep Profile is now available on the Pixel Watch for Fitbit Premium subscribers. The service will allow users to track their sleep patterns and habits to produce a monthly analysis of different aspects of sleep. This includes parameters like sleep duration, bedtime consistency, and disrupted sleep.

The insights are used to assign the user a sleep animal that Google says represents the type of sleeper you are. They also provided this example:

For example, a giraffe, the most common type of sleeper (22.8% of users), is someone who doesn’t get a lot of sleep but sleeps solidly when they do.

While Sleep Profile support is a welcomed addition to the Google Pixel Watch, there are still a lot of missing features yet to be implemented. Check out our article that includes a list of Fitbit features still missing on the Pixel Watch.