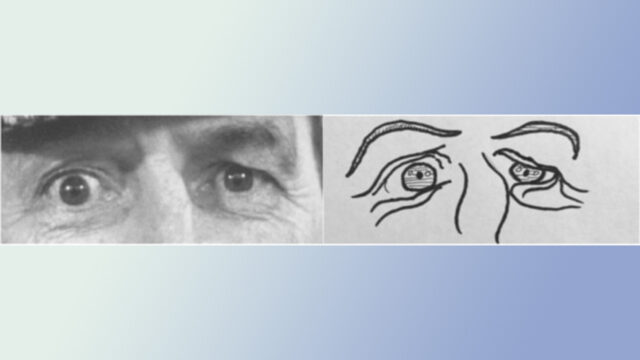 An image from the RME (left) next to an image from the C-RME (right). (Credit: Cross et al/Autism Research))Neurotypical people have spent a long time believing people with autism struggle to pick up on social and emotional cues. Not only is this assumption dismissive of autistic folks’ own cognitive standards, but according to new research, it might be flawed altogether. A European study suggests that when cognitive differences are properly accounted for, autistic people are as good (and sometimes better) at recognizing emotional stimuli than neurotypicals.

Researchers at the United Kingdom’s Edge Hill University and Italy’s Università Iuav di Venezia conducted a study in which 98 neurotypical and 98 autistic participants of around the same age were asked to identify specific emotions. The participants took two versions of the Reading the Mind in the Eyes (RME) test, in which subjects are given photos or cartoon depictions of human eyes and asked which feelings the eyes are attempting to convey. Though the standard RME typically only involves photos of human eyes, prior research has shown that the “irregular eye gaze” implied in these static photos exploits the cognitive standards autistic people have that neurotypical people do not share. As a result, a cartoon version (C-RME) was also administered to see if this perceived irregularity would disappear.

There are two explanations for autistic participants’ better-than-expected RME and C-RME scores, according to the research team. The first is that the autistic group consisted mainly of women, and autistic girls and women are thought to be better at recognizing human emotional cues. (That said, we now know that girls and women are routinely excluded from autism studies, meaning the foundational information we often take for granted might be somewhat flawed.)

The second is that autistic people might have an enhanced ability to conduct anthropomorphic emotional recognition based on prior life experience. “Autism research is rife with studies showing that autistic people enjoy engaging with the nonhuman and may be doing so increasingly throughout development, whether it be through animation, contact with pets, animal-assisted therapy, or even embodying the nonhuman during online game-play,” the study reads. “This type of engagement may allow autistic people to develop social expertise and derive social pleasure in ways that do not rely on human specialization.”

Nonetheless, the study affirms what many of us have long suspected to be true: Autistic individuals aren’t devoid of social and emotional skills, those skills are just different. As the researchers note, measuring neurodivergent skills against neurotypical benchmarks often creates more problems than it solves.