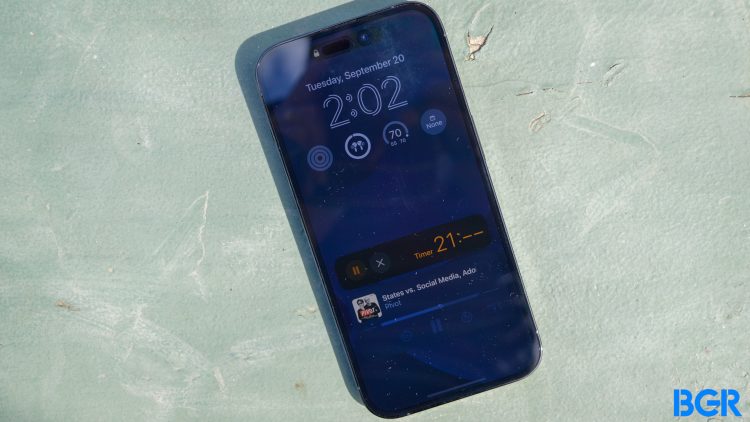 That might explain why Apple is upgrading the feature in iOS 16.2.

If you turn off both toggles, the display of the iPhone 14 Pro will actually go dark when you put it to sleep. All that remains are the time, the date, and your Lock Screen widgets. This is the always-on display many users wanted in the first place.

9to5Mac editor-in-chief Chance Miller shared a photo of the new options on Twitter:

This is the best of both worlds for iPhone 14 Pro and iPhone 14 Pro Max owners. If you like having a splash of color and a stream of notifications on your display at all times, you could ignore the new options altogether. If you find them distracting, you can turn them off with a few taps. There are plenty of exciting new features coming in iOS 16.2, but this addition may have jumped to the top of the list for many iPhone 14 Pro owners.

iOS 16.2 doesn’t have a release date, but it will likely roll out before the end of the year. In the meantime, be sure to download iOS 16.1 immediately if you haven’t already to patch a dangerous security flaw that could allow hackers to spy on you with Siri.

How to Install and Get Started With Docker Desktop on Linux