Where to watch and what to expect- Technology News, Firstpost 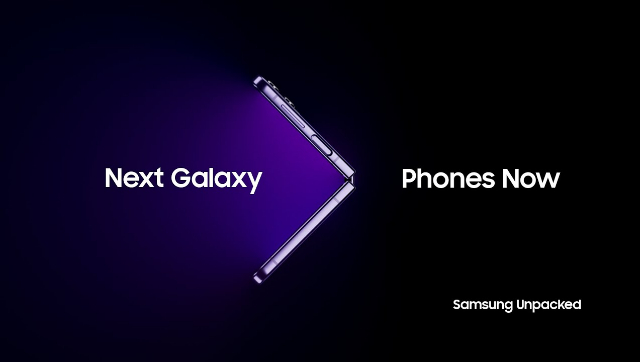 Samsung will be holding their Galaxy Unpacked event at 6:30 PM today, that is August 10. While the main highlight of the event will be the launch of the Galaxy Fold 4 and the Galaxy Flip 4 smartphones, Samsung will also be launching a couple of other devices that tech enthusiasts have been anticipating for some time.

If rumours are anything to go by, along with their latest range of foldable smartphones, Samsung will also be launching the Galaxy Watch 5, and Buds 2 Pro earbuds.

We take a look at the different devices that will be launched at the Galaxy Unpacked event, where to watch the launch event, the possible pricing and more.

Samsung Galaxy Z Fold 4
The mainstay of the Galaxy Unpacked event has to be the Galaxy Z Fold 4. Images of the phone recently appeared on one of Amazon’s European sites ahead of its official launch. Designwise, the Fold 4 looks very similar to Galaxy Z Fold 3, with very slight changes. It is likely to have a slimmer body and a wider aspect ratio.

Under the hood, the Galaxy Z Fold 4 is likely to feature the Snapdragon 8+ Gen 1 chipset paired with up to 12GB RAM and 512GB storage.

As for the camera setup, the Fold 4 will have a 50MP main camera, a 12MP 3x telephoto camera and a 12MP ultra-wide. The phone’s battery capacity is expected to remain the same, rated at 4,400 mAh.

Samsung Galaxy Z Flip 4
Design-wise, the Z Flip 4 will feature the same clamshell-folding mechanism with improvements in the hinge mechanism. It may get a 12-megapixel primary camera outside alongside a secondary sensor. It will be interesting to see if the phone gets an under-display selfie camera. We will likely see the latest Snapdragon 8+ Gen 1 SoC powering the device. The Samsung Galaxy Z Flip 4 is also rumoured to come with a dual rear camera setup, probably the same as last year.

Samsung Galaxy Buds 2 Pro
This year’s Galaxy Buds 2 Pro will continue to feature ANC (active noise cancellation) and dual-audio drivers for sharper mids and lows. The sound may be tuned by AKG. It will be interesting to see if Samsung adds health features on the earbuds, something Apple’s been rumoured to do for a while.

Galaxy Watch 5
Galaxy Watch 5, which we know very little about. If the rumour is accurate, we’ll see the Watch 5 being powered by Google-Samsung’s combined wear OS. We hope that Samsung adds support for more apps on the Watch. Of course, it will work best if you use it with a Samsung smartphone.