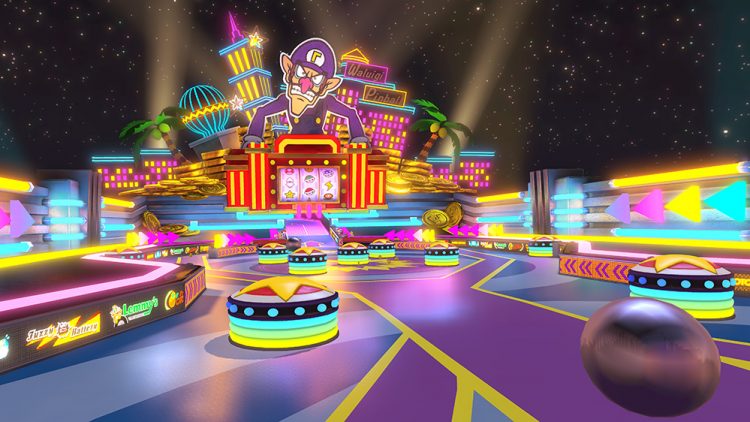 It seems like every game has a DLC these days, Mario Kart 8 Deluxe included. Don’t get me wrong, it’s a great way to extend the playable experience of a family favorite. Bigger maps, more characters, extra features. It all comes down to value for money. Does the DLC really add anything to the game? Is it more of the same? And should you buy the Mario Kart 8 Deluxe Booster Course Pass for one additional track (say, your hometown)? Absolutely. But the others are pretty cool too.

Mario Kart 8 Deluxe is already one of Nintendo’s most popular games. The game is 5 years old and one of the few party games we can enjoy as a family (like GeekMom Kelly said here). Nostalgia gives way to family competition, though I do try to stop and appreciate some of the classic maps every now and then.

The Booster Course Pass is a DLC option available for purchase now, with new courses released in waves until 2023. To date, two waves have been released, each including two new cups. Each wave features a new course and a collection of classic favorites, including a race featuring a city from around the world originally seen in the mobile release of Mario Kart Tour. The first wave, released in March 2022, included the Golden Dash Cup (Paris Promenade, Toad Circuit, Choco Mountain, and Coconut Mall) and the Lucky Cat Cup (Tokyo Blur, Shroom Ridge, Sky Garden, and Ninja Hideaway). The second wave was released this week (August 5) and includes the Turnip Cup (New York Minute, SNES Mario Circuit 3, N64 Kalimari Desert, and DS Waluigi Pinball) and the Propeller Cup (Sydney Sprint, GBA Snow Land, Wii Mushroom Gorge, and Sky-High Sundae).

Fans of any Mario Kart will easily recognize the classics. My kids have not stopped raving about Coconut Mall, though I have to admit I really miss seeing the personalized Mii’s trying to park their cars outside. The DLC appeals to our sense of nostalgia by bringing back the classics and remastering them to fit the ever-increasing manic levels of Mario Kart 8 Deluxe. Additional shortcuts, more prize boxes (including the ability to double-up), and a solid frame rate have helped update the races and bring them to the Mario Kart 8 Deluxe standard. 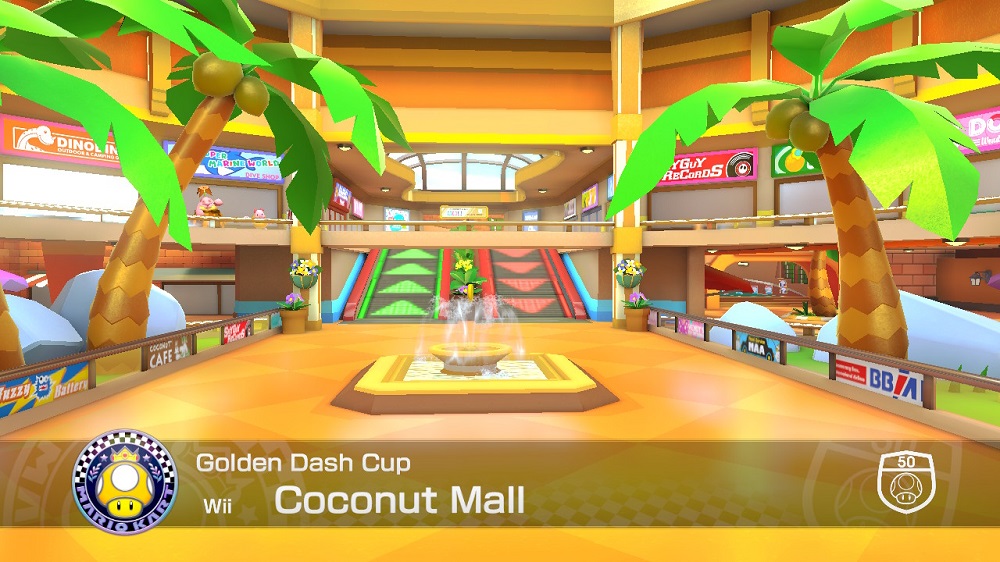 I am tempted to bring out the Wii U and compare the older games and the remastered courses. For example, the Shy Guys are now doing “doughnuts” in their cars in the carpark. And did I see a new shortcut available in Mushroom Gorge? Do not think for one second that you have the advantage of experience. Some of these cups have been tweaked ever-so-slightly—enough to level the playing field in the family. 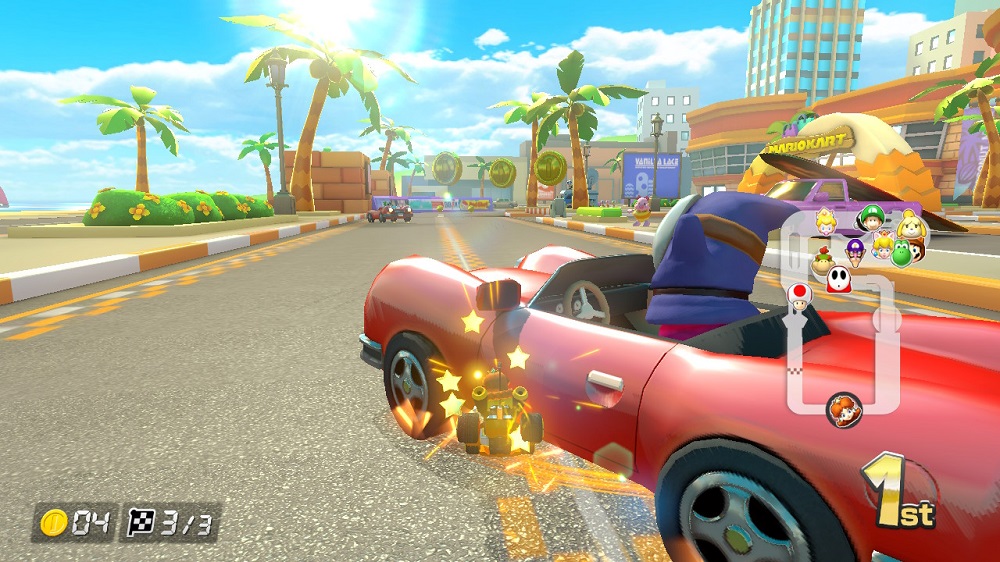 A World Tour From the Comfort of Your Couch

Paris is lovely. Tokyo is fun. New York is definitely a little chaotic and seems to capture the magic of Times Square quite well. But for me, Sydney Sprint is the absolute icing on the cake. This is my home town. And I might have to moderate my driving next time I drive over the Sydney Harbour Bridge. 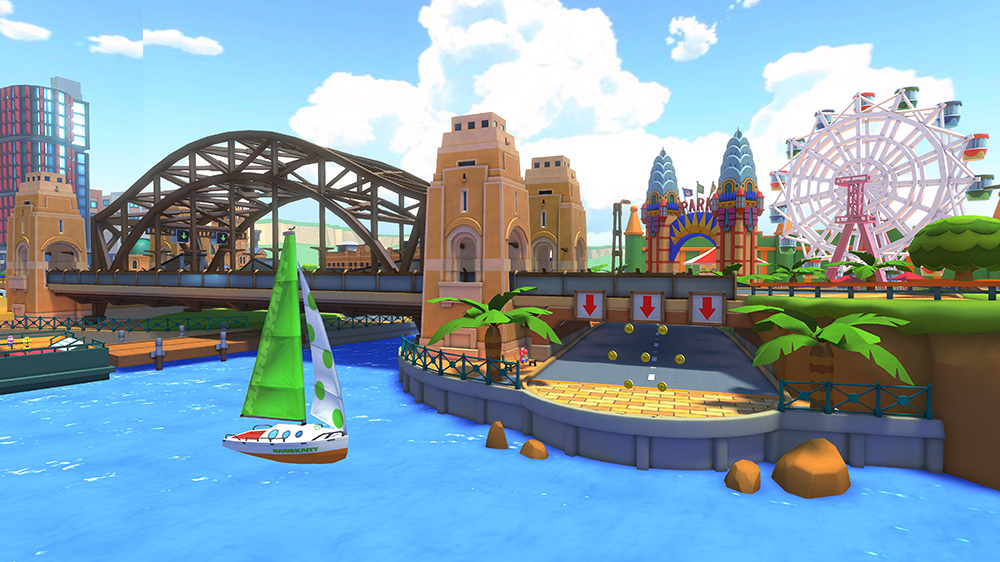 Including the Mario Kart Tour races in the DLC is a genius move. I never played the game on my mobile because it was too small and awkward for my gigantosaurus hands. It works better on the Switch, although I am considering buying a steering wheel because the singular joy-cons during family games are killing my thumbs.

I can’t speak for Paris or Tokyo, but EG Dad says the New York map is accurate enough to be relatable, and we both say the same for Sydney. There is something so joyful about seeing familiarity in your video games. I still remember playing Forza Horizons 3 at an EB Games Convention years ago and slamming on the brakes because I recognized a road on the map. Clearly, my subconscious did not want me to be caught speeding down my in-laws’ main road.

That’s the sense I get from Sydney Sprint, and I’m sure there are many others who feel the same about Paris, New York, and Tokyo. Does Sydney look exactly like this? Maybe during the Vivid Festival, but usually, no. There are just enough familiar landmarks amongst the cartoonish Mario-esque landscape to make it fun. The relative accuracy is quite charming. The Harbour Bridge really does go right past an amusement park (Luna Park). The Opera House is directly on the water. Consider this the next best thing to visiting me. And since this is the closest I might be to travel for the next year or so, it makes the DLC worth every bit. 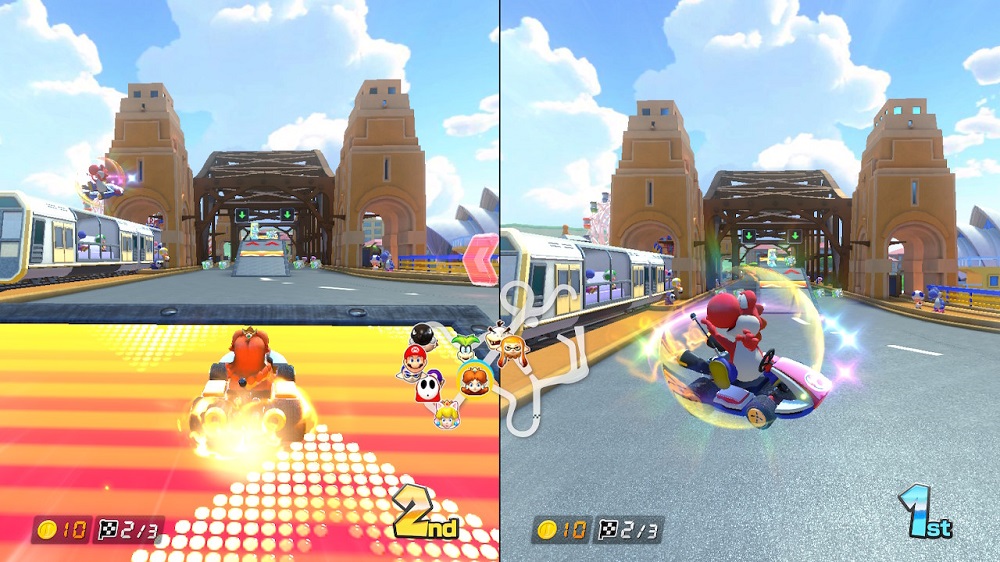 Is the Mario Kart 8 Deluxe DLC Worth My Money?

For USD $24.99, you receive 48 more courses across six (6) waves until the end of 2023. Two waves have already been released, with the third wave scheduled for later this year. Rumors have already begun to circulate about upcoming courses, including London Loop, Peach’s Castle Garden, Berlin Byways, and Waluigi Arena—one of my all-time faves.

Mario Kart has always featured high on our “family game time,” and having the additional courses is worth the money. Releasing the courses in waves gives plenty of time to practice and enjoy each course before the next release. I prefer paying one fee upfront and enjoying “unwrapping” over a longer period.

As a nostalgic Gen-Xer, I also love the mix of new courses with plenty of classics. It adds some extra shine to sharing this with my kids. The final bonus with courses from around the world adds a fun “realism” twist to our play. If London is featured in the next wave, I can’t wait to compare notes with fellow GeekMom Sophie.

In the meantime, I need to practice a bit more with my Sydney Sprint. I’m driving into the city on Monday morning and would love a new off-ramp over the Harbour. 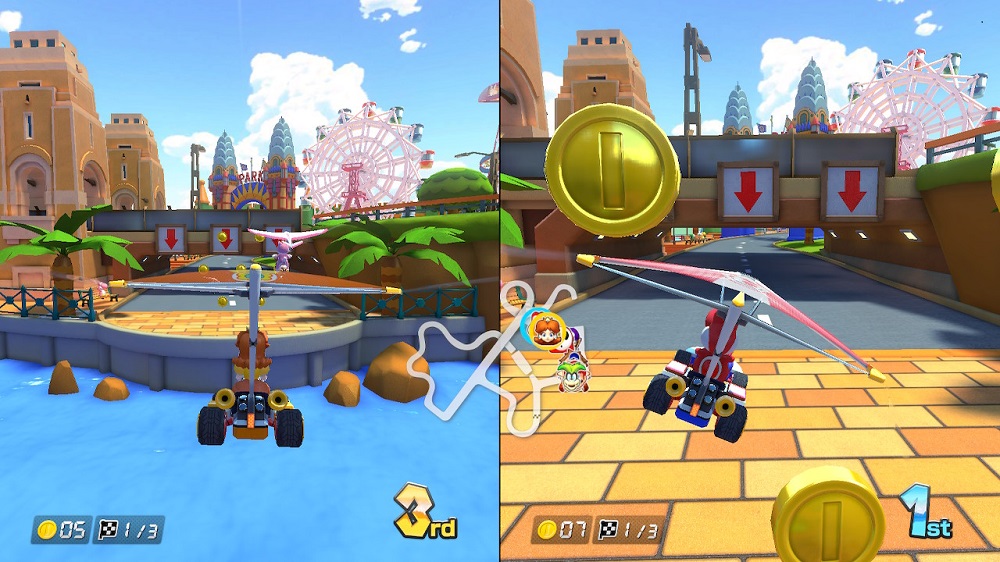 My new off-ramp across Sydney Harbour. / Screenshot by EG Mum

For a full review of the original Mario Kart 8 Deluxe, GeekDad Z. shared his thoughts back in 2017.

Liked it? Take a second to support GeekMom and GeekDad on Patreon!