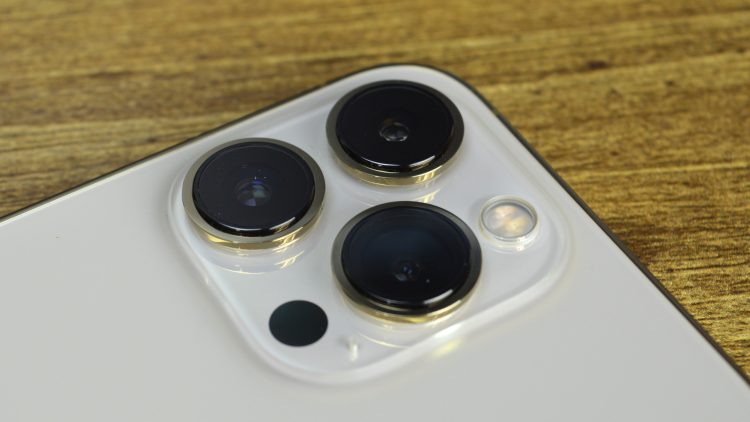 The iPhone 14 is about a month away, with one leaker claiming that Apple might move up the release date by a week. Separately, the iPhone 14 leaks continue to drop, with an iPhone 14 Pro Max dummy hands-on video teasing the significant camera upgrades coming to this year’s Pro models.

iPhone 14 dummy units appeared in previous hands-on videos that teased the new design that Apple is going for with the iPhone 14 Pro models. They also showed that the camera bumps will be larger across the board. The new images and videos seem to further corroborate those design and camera rumors.

The iPhone 14 Pro and iPhone 14 Pro Max will feature a brand new design, introducing Apple’s first notch redesign since the iPhone X. The phones will still feature 3D face recognition, but the Face ID sensors will sit in a pill-shaped cutout.

Next to it, we’ll have a hole-punch camera, similar to what’s available on most Android phones.

The video above shows the new design, comparing an iPhone 14 Pro Max dummy unit against the iPhone 13 Pro Max. The video also shows the rear side of the phones, complete with the triple-lens cameras on both devices.

As you can see in the clip, the dummy unit is not functional. But it still illustrates the new notch design coming to the iPhone 14 Pro and iPhone 14 Pro Max. It also seems to confirm that the pill cutout will house the Face ID components.

The same leaker posted a profile image that shows the size of the iPhone 14 Pro Max’s camera bump compared to its predecessor. Seen in the image below, via MacRumors, the camera size difference is significant.

We’ll also note that the iPhone 14 Pro Max appears to be imperceptibly thicker than the iPhone 13 Pro Max. That indicates a potential bump in battery size. But it’s also a way to mitigate the growing camera bump.

But the height of the camera is massive nonetheless. If the dummy unit’s design is based on the final iPhone 14 Pro Max, it means we’re looking at significant upgrades for each of the three rear cameras. The 48-megapixel sensor of the wide camera appears in most iPhone 14 Pro Max rumors.

Apple can upgrade other cameras and other components without touching the sensor. Older reports claimed that all iPhone 14 will get upgrades to the ultra-wide camera. One such feature might be autofocus, which should be available on all four iPhone 14’s ultra-wide cameras.

Similarly, Apple can also upgrade the telephoto (zoom) lens on the iPhone 14 Pro and iPhone 14 Pro Max to take advantage of that extra space. But that’s just speculation at this point. And it’s all based on images and videos showing a dummy unit of a device that’s not official.

What if the foldable iPad already leaked and we all missed it?

The 10 Best Movies Told Backwards With Reverse or Nonlinear Narratives