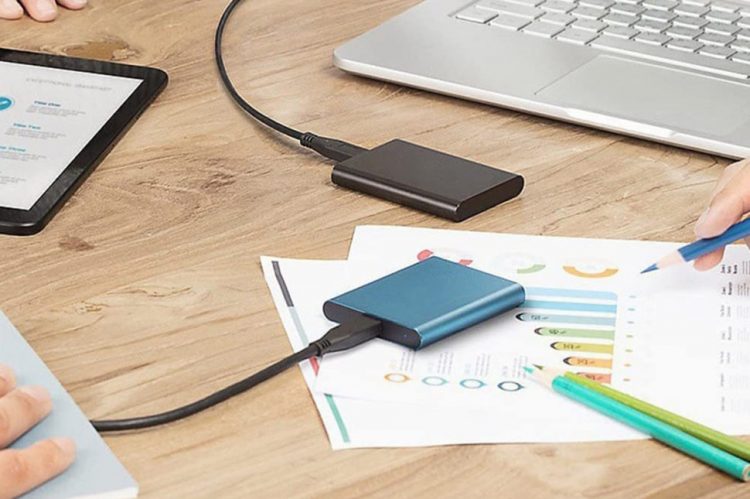 We thank our sponsor for making this content possible; it is not written by the editorial staff nor does it necessarily reflect its views.

Education has changed a lot as the tides of technology have changed with it for the better (well, mostly). Scholastics are nothing new to you. However, as someone who gets a kick out of learning new stuff both in the classroom and on the fly. And while your gear may have upgraded since the last time you sought higher education, it still needs some sprucing. So dive into one or all of these products for your back-to-education needs.

As an added bonus, you’ll also be doing some good in the process after your purchase is complete. For every purchase from our Back to Education collection, $0.50 of proceeds will be donated to students or kids in need. You’ll get to vote on where the money goes, so you can give a little helping hand where you think the kids need it the most. Act fast — our Back to Education Event only runs from 8/10 – 8/24, and we’ll announce the charity that received your contribution after it concludes!

Even if you’re nice and organized, your computer can only hold so many little folders in one place. Two terabytes of hard drive should be plenty for your spreadsheet, reading material, and downloaded YouTube videos (we won’t tattle if they’re not education-focused.)

Great for the gym, quiet time at home, or getting into the zone with your textbooks, these Amazon’s Choice headphones connect with Bluetooth 5.0 for a longer range and clearer sound. Couple all of that with the T-Quiet active noise canceling technology and you’ve got yourself the perfect pair.

With five hours of playback per charge, you can use these buds for conference calls, study sessions, or office hours without losing juice. They also have an IPX4 waterproof rating for when you want to sweat out the stress of cramming for that exam.

Not to be outdone, these buds’ superb noise canceling technology allows you to get in the zone so that you don’t have to worry about disruptions when you’re studying. Plus, they have 240 hours of standby time, so they’re just as ready to roll as you are!

Dead electronics have no place in your home. That’s why this all-encompassing cable can charge your watch and phones simultaneously at lightning speed.

As a frequent flyer to your desk, you know there’s no room for bulky charging ports when you have books to stack. This watch charger clips nicely into your USB port so space is never at risk.

Pulling out the big guns in the world of charging, this handy dandy tool has 10 different USB ports, card slots, and HDMI inputs. Beyond that, it also features a high-quality viewing experience when you plug it into an HDMI cord, making this awesome for work or play.

Equipped with a 10W charger to give your phone a zip of power, this pad is also water-resistant, stain-resistant, and scratch-free, so it will always look shiny and new. As an added bonus, it’s comfort-cushioned to give your wrists a rest.

We hear the cries of people with extra long reach and the wails with pleas for more space. This trackpad is 30% larger than the previous trackpad, which is great for those of us who need room to create.

Still need more room to stretch out and do your thing? This pad has four force sensors underneath the trackpad surface allowing you to click anywhere by detecting subtle differences in the pressure points.

Since you’re always behind the keys, your keyboard has probably become a bit…sticky. Rated 4.7 out of 5 on Amazon (and also cheaper than Amazon’s price), this Apple Magic Keyboard is a worthwhile wireless upgrade when you want it to be, but it also includes a USB cord in case you need to charge while typing away.

We’re not big on magic tricks, but when we take a closer look at this keyboard’s responsive keystroke, document navigation controls, and numerical pad, we become believers.t’s Bluetooth-compatible and totally rechargeable, which account for half the magic.

Featuring the same keys as the Magic Keyboard featured above, this full-sized alternative includes Touch ID. And, for those of us who aren’t as up to snuff on tech lingo, that’s just a fancy way of saying it will only have eyes (or touch) for you.

Last but not least is for the folks searching for a wireless mouse with a multi-touch surface. The Magic Mouse 3 features just that, making it a breeze to scroll through web pages, reports, and school PDF sources. It’s right here waiting for you in its rechargeable glory.

MeitY is almost ready with the final draft of Data Protection Bill, likely to table it in February 2023- Technology News, Firstpost

How to Restore WhatsApp Backup from Google Drive