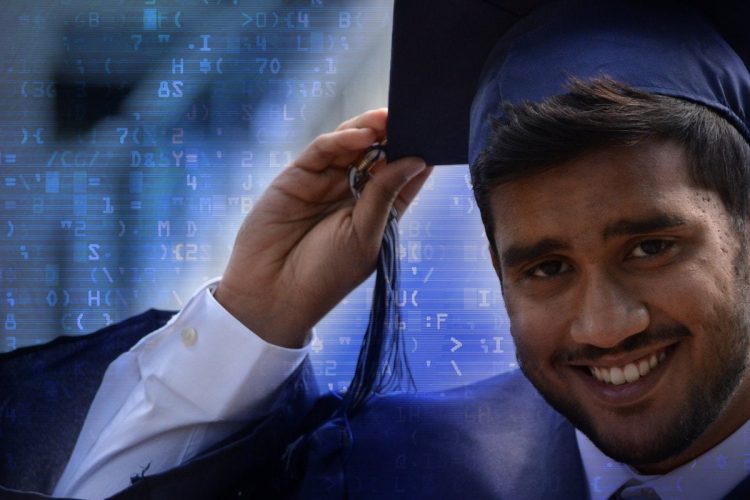 At Google, a four-year degree is not required for almost any role at the company — and a computer science degree isn’t required for most software engineering or product manager positions. “Our focus is on demonstrated skills and experience, and this can come through degrees or it can come through relevant experience,” said Tom Dewaele, Google’s vice president of People Experience.

Similarly, Bank of America has refocused its hiring efforts on a skills-based approach. “We recognize that prospective talent think they need a degree to work for us, but that is not the case,” said Christie Gragnani-Woods, a Bank of America Global Talent Acquisition executive. “We are dedicated to recruiting from a diverse talent pool to provide an equal opportunity for all to find careers in financial services, including those that don’t require a degree.”

Google and Bank of America are not alone, not by a long shot. Driven by a dearth of talent due to record low unemployment rates, tech companies and others are dropping the age-old sheepskin requirement and focusing instead on job-related skills, experience, and even personality traits.

In June, General Motors became the latest company to join Google, Bank of America, IBM and Tesla by removing a college degree requirement from some job roles that had previously required it.

While some fields will still mandate academic qualifications, including the medical and legal professions, many more opportunities are now accessible to people without a degree, particularly in tech, according to new research by global HR and payroll services company, Remote.

Skills-based hiring on the rise

Remote’s study found that skills-based hiring is up 63% in the past year as more employers value experience over academic qualifications. In addition to giving employers a competitive edge by opening up the talent pool, the change is helping to remove career and salary barriers for over two-thirds of adults who do not have a Bachelor’s degree in the United States, the study concluded.

Remote’s study is not alone. Forty-five percent of organizations report using a skills
framework to provide structure around recruiting and developing their tech workforces; another 36% are exploring the idea, according to CompTIA, a nonprofit association for the IT industry and its workers.

“Rather than using a candidate’s level of formal education as the sole indicator of how they will perform in a position, we instead suggest removing degree requirements wherever possible and taking a more holistic approach to recruitment, which involves considering their potential, life experiences, teachability, adaptability and resilience,” said Remote CEO Job van der Voort.

By eliminating unnecessary and outdated degree requirements, employers open themselves up to a larger talent pool of would-be hires  with skills learned through on-the-job training, boot camps, and certificate programs. “This creates greater diversity and engenders a more creative culture, leading to improved problem solving and idea generation, as well as facilitating skills and knowledge sharing,” van der Voort said.

For example, tech bootcamp graduates, including coding bootcamps, report quickly finding full-time jobs, a quick return on their educatioanl investment, higher salaries, and better STEM career opportunities. That’s according to a recent survey of 3,800 US graduates of university  bootcamps by US tech education platform company 2U and Gallup.

CompTIA’s study called out former IBM CEO Virginia Rometty for noting, “cloud, cybersecurity, financial operations and many healthcare jobs can all begin without a four-year degree, and many applicants may choose to get more education later on.”

Along with new careers, the programs can help existing tech workers gain new skills to grow in their current roles. “We know experience comes in many different forms beyond jobs, internships, and formal schooling and we want to hear from everyone,” Google’s Dewaele said. “Every application at Google is reviewed on a case by case basis — and each role has its own requirements.”

For example, whether applicants are just entering the workforce or have decades of experience, Google looks for people with a growth mindset, Dewaele said.

“This is something we’ve backed up with research,” he said. “A growth mindset is a common characteristic among our best leaders, and the ability to continually learn, especially from mistakes, is one of the biggest drivers of increased performance and better results.”

Google also asks potential hires hypothetical and behavioral questions during the interview process to help understand how they might solve complex problems, anticipate issues, or explain their collaboration skills. “Our approach to hiring has changed quite a bit over the last 20 years,” Dewaele said.

With unemployment rates in the tech sector about half that (1.8%) of the national average, the industry has been scrambling to fill openings — even as some companies have announced hiring freezes or layoffs.

This month, the overall unemployment rate dropped to 3.5% in the US, close to what is considered full employment and a half-century low. The unemployment rate for tech occupations dipped to 1.8 percent in June, a notable decline from 2.1 percent in May, according to CompTIA, a nonprofit association for the IT industry and workforce.

The tech industry has also been hit particularly hard by the pandemic and the Great Resignation, leaving organizations with more than 1 million job openings.

Lupe Collangelo, partnerships manager for online tech training site General Assembly, said she has seen fewer tech job descriptions calling for a degree. Her team often consults with employers and advises them to remove the requirement.

“Anecdotally, I’d say most of the time they’re really not looking for that college degree. If they’re looking for junior talent, they’re hiring on a skills-based level, which makes it really accessible to a more diverse talent pool,” Collangelo said. “There’s always going to be demand for [a Computer Science degree], but I think relying more on skills allows you, as the employer, to invest in and expand your pool to more non-traditional talent.”

In April, employment site Indeed published the results of a survey of 502 employers across the US on how the pandemic has shaped current recruiting and future plans. The results: most of the companies surveyed are moving toward a more flexible model of candidate recruiting.

“Gone are the days of unnecessary credentials and aspirational job requirements,” Indeed said in the report. “Instead, we find employers thinking creatively to consider different types of applicants than in the past — a shift that can benefit everyone.”

Among middle-skilled occupations, the openings that require college degrees are, for the most part, similar to those openings for which no degree is required, according to a recent study by Harvard Business School’s (HBS) Project on Managing the Future of Work and the Burning Glass Institute.

“Jobs do not require four-year college degrees. Employers do,” the study said.

When considering talent, Bank of America looks for employees who demonstrate “initiative, a commitment to continuous learning and the ability to adapt to changing demands and requirements,” said Gragnani-Woods, who refers to employees as “teammates.”

“For some roles, it’s important that the person thrives when engaging with customers,” she said. “Having the ability to apply strong critical thinking skills to meet customer needs is another important quality. We’re always looking for teammates who display passion, commitment and drive to deliver an experience that improves our customers’ financial lives.”

Remote’s research also found that the wage gap between salaries offered to people with and without degrees has shrunk across many industries. In some cases, those without degrees can actually earn more than those with bachelor’s degrees by working their way up the career ladder, according to the study.

Remote analyzed job posts on Indeed, Glassdoor, and Payscale — three of the most popular job-posting websites — to find the level of education required for different types of jobs and salaries in the UK.  The research shows the salary gap between people with and without degrees is often marginal.

“In the past, the qualifications a candidate held had a significant influence on the salary they could be offered by an employer,” the Remote study reported. “In some instances, wages could even be automatically capped at a certain level if employees didn’t have a degree — regardless of their experience, skill set, references, or desire to learn on the job.”

In 2018, Bank of America launched its Pathways program to correct misconceptions around college degree requirements and boost outreach to “valuable talent” in local communities, according to Gragnani-Woods.

“We kicked off the Pathways program…with the goal to hire 10,000 individuals from low- and moderate-income (LMI) neighborhoods by 2023. Bank of America exceeded this goal two years ahead of schedule,” she said. “Thanks to the success, we committed in September 2021 to hire an additional 10,000 [employees] from LMI neighborhoods by 2025 through expanded partnerships with community colleges and local organizations.”

The bank also plans to expand the Pathways program company-wide and is looking to partner with community colleges and local organizations like Year Up, UnidosUS and the National Urban League.

Once hired through the Pathways program, employees are trained through another in-house initiative called “The Academy” — the bank’s internal onboarding and professional development organization aimed at reskilling and upskilling workers. “Our skills-based approach helps ensure we’re prepared to weather challenging times and serve our clients as we reskill and upskill the workforce to navigate critical moments of change,” Gragnani-Woods said.

Google considers a range of education beyond formal university for potential hires, including certificates, such as Google Career Certificates for certain roles.

“We’re continuing to add the Google Career Certificates as a qualification for roles at Google, including for jobs like IT Support Engineer,” Dewaele said. “This will mean access to hundreds of jobs each year for people who may not have a degree but do have relevant experience and skills.”

The 7 Best Registry Hacks for Windows 11