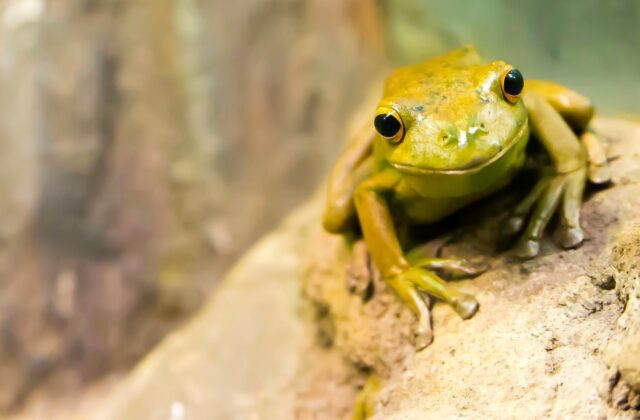 (Photo: Wayne Robinson/Unsplash)Many of us share a sense of awe at reptiles’ and amphibians’ lengthy lifespans. If you haven’t peered over the fence at a zoo’s desert tortoise while trying to absorb the fact that they’re a cool 93 years old, you’ve probably read about similarly “ageless” creatures, whose scales and slippery skin seemingly ward off the effects of time. But despite our general knowledge that these animals enjoy long lives, most of what we know about their lifespans is anecdotal; few studies have inspected reptiles’ and amphibians’ virtual lack of senescence.

One recent study defies that. An international team of 114 researchers recently worked together to conduct the largest known study of reptile and amphibian aging. Led by scientists from Northeastern Illinois University and Penn State, the research spans 107 populations of 77 species known for their longevity. A paper published last week in the journal Science details their findings.

The encompassing goal of the study was to compare non-avian ectotherm (i.e. “cold-blooded” animals) aging with endotherm (“warm-blooded” animals) aging, the latter of which is far more documented. The researchers captured, tagged, and released reptiles and amphibians back into the wild and engaged evolutionary data to test several longevity hypotheses, including what are known as the “protective phenotypes hypothesis” and the “thermoregulatory mode hypothesis.” Freddy the desert tortoise is about 30 years old, meaning his life is just getting started. (Photo: Renee Marshall)

The protective phenotypes hypothesis contemplates whether animals with physical or chemical protective traits (like spines, shells, or venom) live longer than their unprotected counterparts. The idea behind this hypothesis is that protective traits have “contributed to the evolution of [species’] life histories, including negligible aging—or lack of demographic aging—and exceptional longevity,” according to biologist and co-senior study author Anne Bronikowski. The massive study did end up finding that protective traits reduce animals’ mortality rates and decrease the biological “pressure” to age. This was most visible in turtles.

The thermoregulatory mode hypothesis suggests ectotherms’ slower metabolisms (which are a product of their unique temperature regulation mechanisms) result in slower aging. But after controlling for phylogeny and body size, the researchers found that thermoregulation and metabolism didn’t have much of an effect on senescence, or the process of age-related biological deterioration. The only group the thermoregulatory mode hypothesis could relate to was, again, turtles.

The study’s findings bring researchers closer to understanding “negligible aging” (which is essentially the term for our understanding of ectotherms’ ultra-long lives). “Negligible aging means that if an animal’s chance of dying in a year is 1 percent at age 10, if it is alive at 100 years, its chance of dying is still 1 percent,” said senior author and ecologist David Miller. “By contrast, in adult females in the US, the risk of dying in a year is about 1 in 2,500 at age 10 and 1 in 24 at age 80. When a species exhibits negligible senescence (deterioration), aging just doesn’t happen.”

The “secrets” of reptile and amphibian aging might also help scientists better navigate human aging. Further research might reveal flexible traits that would boost researchers’ odds of conducting successful “age-defying” biomedical studies, the likes of which are already underway.