Facebook is bombarding cancer patients with ads for unproven treatments 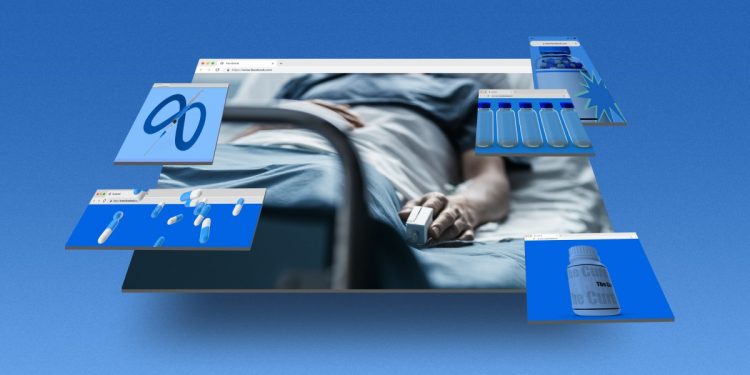 One from Verita Life, in Bangkok, Thailand, targeted Australians like Autar, falsely claiming that a hypothermia treatment offered there would “destroy cancer cells.” When Autar took a screenshot of the ad in his news feed in August of 2020, it had more than a thousand likes and 600 shares.

Autar reported the ads he saw to Facebook using its in-platform systems, but they remained up. At one point, he says, he used a Silicon Valley connection to try to flag the ads directly to Facebook management. He stopped seeing the clinic’s ads in the Ad Library and on his own feed after that, but they returned a few months later.

Both CHIPSA and Verita Life had several ads running on Facebook and Instagram before MIT Technology Review inquired about them, according to the Ad Library. Verita Life was able to place an ad as recently as June 18, 2022, promoting the testimonial of a patient with prostate cancer. MIT Technology Review flagged that ad, along with two others promoting the same testimonial. All three remain active.

One of CHIPSA’s ads, removed after we flagged it to Meta (MIT Technology Review)

Meta reviews new ads through a largely automated process before they go live. The company noted that ads and posts from CHIPSA’s Facebook page and Instagram account are eligible to be flagged and fact-checked by third-party fact checkers. If a company repeatedly violates its policies, Meta says, it will temporarily suspend the company’s ability to place ads.

While Meta has rules pertaining to, for instance, misleading claims in ads, all Facebook and Instagram ads must also follow Meta’s community guidelines. The guidelines ban content “promoting or advocating for harmful miracle cures for health issues” when those claims both contribute to serious injury or death and have no legitimate health use.

Those rules, even when swiftly enforced, can leave a lot of gray area for sensational claims, Gorski says, because “a lot of quackery could have a legitimate health use.” For instance, he says, “vitamin C obviously has legitimate health uses; it just doesn’t cure cancer.”

So what about Apatone, the treatment advertised by CHIPSA? Pre-clinical research indicates some anti-cancer effect, but it “has not been demonstrated to be more beneficial than standard treatments we are using currently in humans,” says Skyler Johnson, a cancer researcher who studies misinformation at the University of Utah.

The danger is not simply that the treatments are unproven or ineffective. Some alternative cancer treatments advertised on the platform can cause physical harm. Coley’s toxins, a treatment developed in the late 19th century and offered at CHIPSA, comes with risks including infection, site reactions, anaphylaxis, and in severe cases shock, says Johnson.

How to customize your iOS 16 lock screen