Solid first attempt, but with a lot of room for improvement 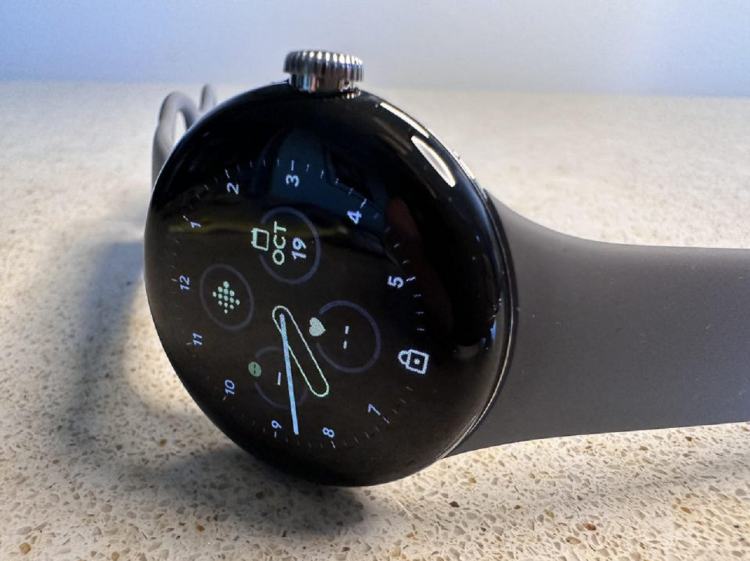 Google has long since had a wide hardware portfolio. First and foremost you have smartphones and headphones on offer, this autumn a smartwatch was added. We tested the Google pixel Watch for several weeks and reveal whether it can keep up with Apple Watch and Co.

A few years ago, smartwatches were a “Do you really need that?” Product, but now they have long since become everyday life. Pioneering work undoubtedly did the Apple Watch, but the selection is now already huge. The market leader is and remains the California group, and Samsung has 2nd place under control.

Now Google joins this and the group from Mountain View is of course very late to the party. The question is whether you could use this time or delay to bring a product onto the market right from the start that is right at eye level with the competition. So much in advance: not quite.

Basically, the hardware was well done, at least optically. Google opted for a simple round design that has no sharp edges. This is not particularly noticeable, but definitely elegant – but in this device class you cannot reinvent the wheel anyway. However, there are already a number of reports that the Gorilla Glass 5-front has jumped. You should carry the pixel watch carefully. 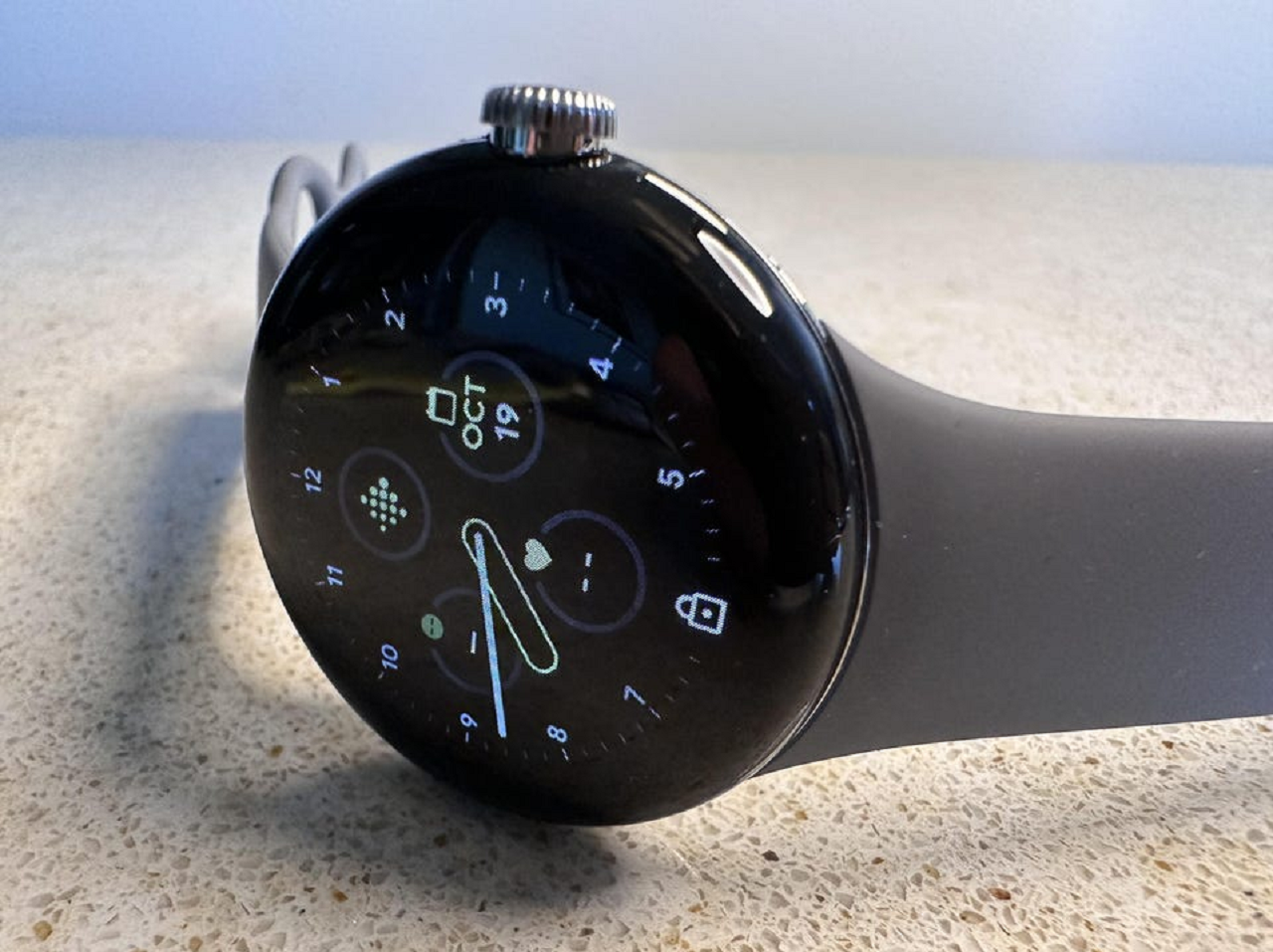 It is particularly striking that the pixel watch comes in just one variant, i.e. with a 1.2 -inch display. This is the same size as the smaller Samsung Galaxy Watch but should be too small for many. Because while many manufacturers choose to offer their smartwatches in two different editions, Google only has a one-pixel Watch on offer.

This makes the pixel watch ideally suited for tender wrists, but some people with stronger forearms should wish that there would be a version with 1.4 inches or the like. On the one hand, this has optical-aesthetic reasons, but also with regard to the display area. Because the screen space on the Pixel Watch is quite limited.

The tape makes the optics

The design was well done, but with its round shape, the Google pixel Watch looks very elegant. The clock is equipped with a sports bracelet by the house, with another bracelet, the unobtrusive appearance of the watch can be “influenced” well. With a woven bracelet, the watch gets a casual look, leather makes everything noble.

The change mechanism is – you have the liter in the truest sense of the word shoot – easy to use and you can also replace the ligaments easily and quickly. Google itself offers several variants, but they are almost outrageously expensive. A tissue bracelet costs 59 euros, leather comes to 79 euros. A metal chain bracelet even costs 199 euros. After all, there are now various, significantly cheaper third-party offers, but we cannot say anything about their quality.

Brand of a whopping five millimeters

The display itself is small as mentioned, we have nothing to complain about (30 Hz OLED with a resolution of 384 x 384 pixels). It is also bright enough to be able to read the clock in the bright sun.

A big topic in the run-up to the publication, however, was the broad edges of the Pixel Watch. In fact, these are a little wider than you would like to have. However, you have to make a lot of effort to see them. Because an estimated 95 percent of the time is dealing with a black background it is not clear where the edge is – Google conceals the wide edge pretty well.

You can see Google’s own Wear OS with version number 3.5 on the pixel Watch. Here too, typical of Google’s own devices shows that the watch offers a stick experience of the smartwatch operating system. Samsung is now also related to Wear OS, but the interface is still borrowing many aspects from the surface of the former Tizen.

The user experience is always liquid and this is even though the built-in chip has been around for a few years. And that is not an exaggeration, because the Samsung Exynos 9110 dates from 2018. The reason for this is that the SOC has received a co-processor (Cortex M33), which takes on various tasks such as heart rate measurement and helps to protect the battery.

There are also two gigabytes of RAM on board. This is more than usual because Samsung itself only has 1.5 GB RAM in the current Galaxy Watch 5. This is undoubtedly noticeable, more memory is always a good idea anyway.

As mentioned, the co-processor should help optimize the 294 mAh battery. This is (overall) only moderate: because the battery life is quite disappointing. According to Google, it should last for a day and that also comes roughly. This is not so unusual either, because most, if not all smartwatches, have to be loaded every day. And yet the Pixel Watch suffers from a significant battery drain and gets empty much faster than one would wish for.

The reason is currently not known, GPS and LTE connection are considered the main suspects. However, you can also experience a strong percentage of waste in flight mode – for example overnight. Google recently distributed the first major update for the watch and this seems to improve the matter – but here we still have to go through a few charging cycles to see if this is actually the case.

If we are already “less successful” on the subject: The GPS of the Google Pixel Watch always has unusual dropouts and not exactly the highest accuracy – especially in comparison with the Apple Watch. We were able to experience this for the first time on a trip to New York (and test of the Google Pixel 7):

In a run from the hotel to Central Park, an Apple Watch also worked perfectly in the Big Apple houses, but the Google Pixel Watch could not record a reasonable signal. As expected, this looks much better in the open air, but we also had to experience inaccuracies again and again in the skyscraper-free Berlin. Here, too, it is hoped that Google can improve the software side.

The GPS also plays an important role in one of the central software features, namely Fitbit integration. The Google subsidiary was closely interlinked with the Google Pixel Watch and therefore everyone who is doing sports or moving a little more should install the Fitbit app on their smartphone.

Because Google watch also tracks workouts and also sleep. Overall, Fitbit is able to record 40 activities. This also works well to very well, Google has advantages over the main competitor Apple and Samsung.

The heart rate is constantly recorded (once per second), and the value seems to be quite accurate – at least compared to other wrist measurements. If you want to know exactly, you better use a chest strap.

An almost strange disadvantage is that the combination of the Google pixel watch and Fitbit is unable to automatically identify workouts. Google competitors could do that years ago. Basically, Fitbit is a well-functioning matter.

At least on the watch itself, because the Fitbit app itself is anything but contemporary and does menu navigation and almost too many features. The Google subsidiary urgently has to improve here.

Speaking of features: Google has obviously not finished with all functions in good time. This is not the case for the first time: As with the Pixel Buds Pro, essential things are missing. It was with the headphones and a. An equalizer, even parts of the hardware are not functional for the Google Pixel Watch.

An example is the blood oxygen measurement. Because although the watch has a corresponding sensor, it is not active. This is probably because the developers were simply unable to complete this mode in time.

A final judgment on Google’s first smartwatch is not easy. Because the Californians do a lot in itself: the design of the watch is appealing, the software has succeeded in many places and the hardware does not necessarily suggest that it has aged components in places.

At the same time, however, you notice that Google does not yet have the experience with regard to smartwatches that you would actually need. Samsung software (to stay with Wear OS) works “rounder”, which is not surprising in view of the experience of the Koreans, but Google’s stock-wear-os has noticeable room for improvement.

Therefore, you first have to wait and see what Google can get out of the first-pixel Watch in the next few weeks and months. Because currently Californians still offer too little for a price of currently 379 euros (Bluetooth/WLAN) or 399 euros (4G/LTE). This will probably improve in the first generation, at the latest with the successor, one will most likely be delivered or hopefully a greatly improved pixel watch.