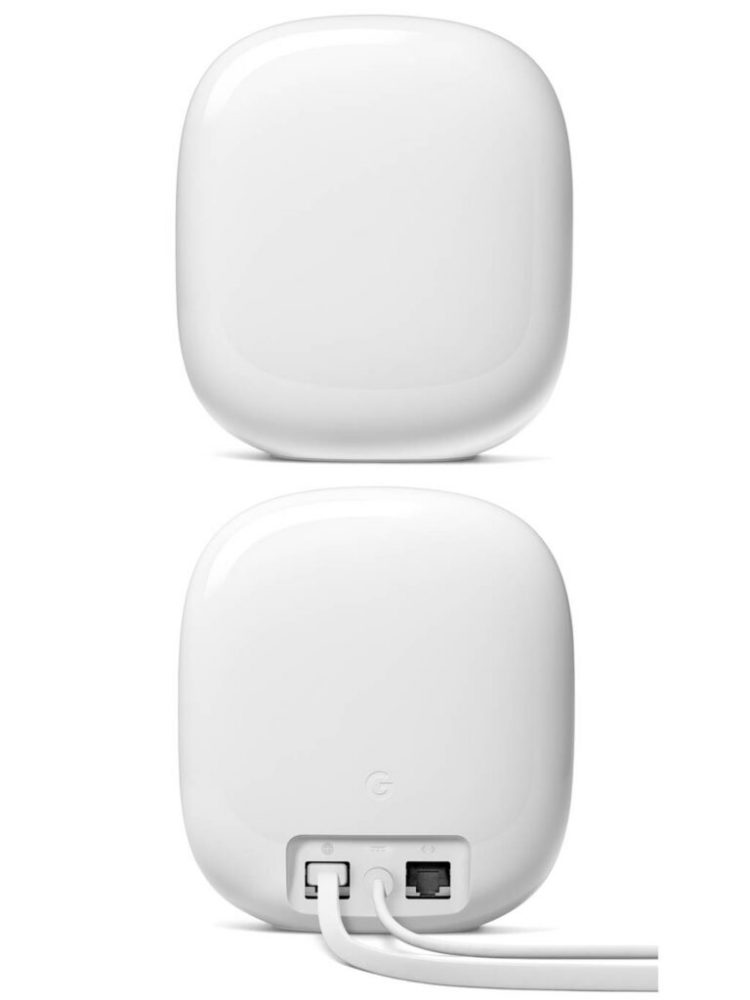 If you get a single unit, there are four colors to match your home, including Snow (white), Linen (beige), Fog (light blue), and Lemongrass (light yellow). For those needing a 2- or 3-pack, Snow is the only option for now.

The hardware looks great, shaping more like a piece of home decor than a networking device, which has been the approach of Google on the home Wi-Fi front.

But ultimately, this is a Wi-Fi broadcaster, of which size matters. You can’t have something cute, tiny, and pretty that’s also a workhorse. And that seems to be the case with the Nest Pro.

Let’s check the tech based on the information Google has put out.

The front and back of the Net Wifi Pro — note the two Gigabit ports.

Google Nest Wifi Pro: The new 6GHz band has to carry a lot of weight

The “Pro” notion has been used with a bit of jest in the world of canned mesh Wi-Fi systems. The eero Pro has nothing pro, and TP-Link uses “Pro” to convey its Decos with a Multi-Gig port.

In the case of the Nest Wifi Pro, the Pro notion seems to be attached to the 6GHz band — the new hardware supports the latest Wi-Fi standard to be the first Google Wi-Fi 6E router. And that’s it.

Indeed, besides the 6GHz band, the Nest Wifi Pro has nothing else of note in Wi-Fi or home networking. It doesn’t even have a Multi-Gig port. Instead, it comes with two Gigabit ports, like the original Google Wifi that came out almost a decade ago.

The Nest Wifi Pro features mid-tier Wi-Fi specs with a total bandwidth of 5400Mbps. None of its three bands (2.4GHz, 5GHz, and 6GHz) have the top Wi-Fi specs allowed by the Wi-Fi 6 and 6E standards.

It’s pretty underwhelming, to tell the truth. The mediocre Wi-Fi specs and the lack of Multi-Gig support mean you should expect only sub-Gigabit performance from it, whether you use wired or wireless clients.

The Nest Wifi Pro has some interesting built-in hardware to make up for its mundane Wi-Fi hardware.

First, it supports Matter and Thread for home automation. As a result, if you use supported IoTs, you can manage them within the Google Home app, which is the app you’d need for the setup and ongoing management.

And you won’t need to wait long. With the Wifi Pro, Nest also announces a new Nest Doorbell that will work well with the router. On top of that, the Google Home app will get a much-needed overhaul — it’s been bloated with too many features and options.

The second feature is rather interesting. The new router features Automated Frequency Coordination (AFC) for its 6GHz band.

AFC is slated to debut with Wi-Fi 7, but since it works on the 6GHz band, it looks like Wi-Fi 6E device will get the benefit.

As the name suggests, AFC allows the hardware to check for the existing broadcasters in the airspace and, when applicable, enables it to use higher broadcasting power than set by local regulations — in the US, that’s 30 dBm.

It’s a bit of an irony that the Nest Wifi Pro has AFC since it’s a low-power device. Physically tiny, chances are the router doesn’t have any extra power to put into AFC. It barely has enough to function as a router as is.

In any case, the use of AFC is a to-be-seen future matter — for now, it’s useless or just a marketing ploy. And I guess by the time we can take advantage of AFC, we will want some Wi-Fi 7 hardware anyway.

Like the case of the eero and previous Google Wifi devices, the new Nest Wifi Pro is app-operated. You must sign in with a Google (or Gmail) account to use it. Consequently, you’ll surrender your local network’s activities to Nest (and, therefore, Google.) And that’s a huge privacy risk.

OK, you’re right if you think we’ve already done that via the Chrome web browser, Android phones, and other Google-connected devices and services. But privacy is about the degree, and the Nest Wifi Pro (as well as previous versions) will bring the data collection to a higher and more complete level. Remember that everything in your local network, regardless of device or app, goes through the router.

At least, that’s true on the technical level. How much information Nest collects from its users and what it does with it is anyone’s guess.

Privacy aside, here’s a sure thing: Like any app-based home network broadcasters, the new Nest Wifi Pro will likely have limited Wi-Fi and networking customizations. It’s more of a gadget than an actual networking device.

The point is getting the new mesh router means you trade functionality and control for ease of use and privacy risks. Some might call it a fair trade. 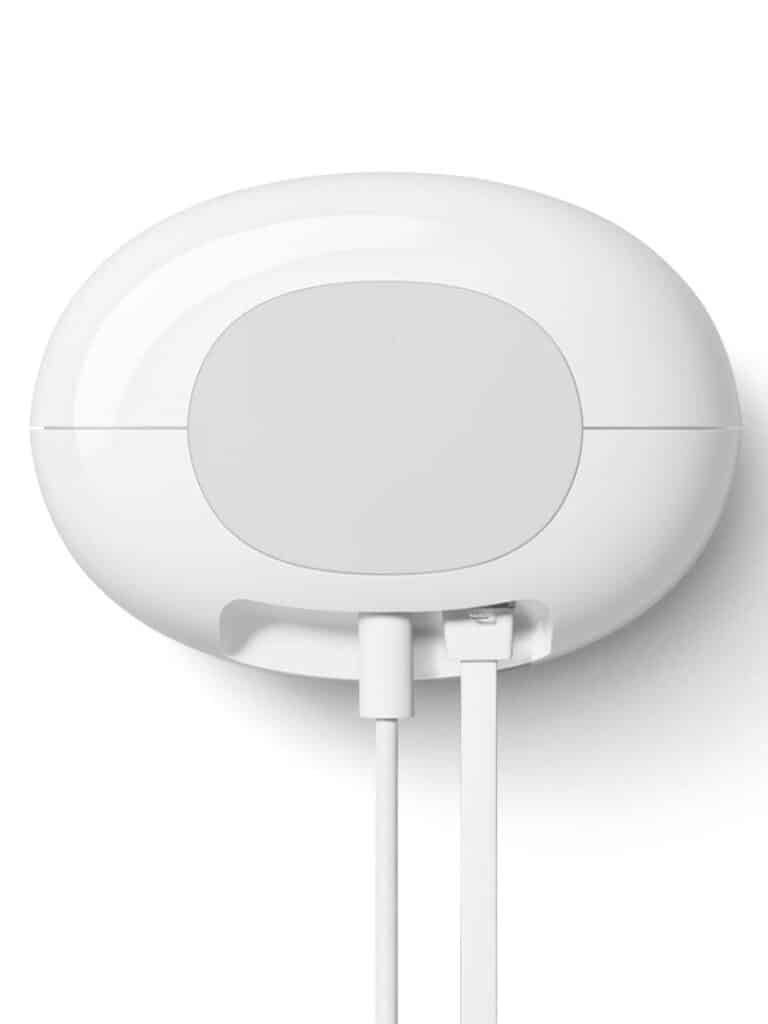 The underside of the Nest Wifi Pro mesh router

While new and the first from Nest that supports Wi-Fi 6E, the Google Nest Wifi Pro seems subduced. I will even call it late to the game — there’s been a dozen and counting Wi-Fi 6E routers and mesh systems.

From the specs, it’s safe to say its performance won’t wow anyone. Again, at best, its top throughputs will be sub-Gigabit. There’s no way out of it.

But sub-Gigabit is plenty fast, and what the new router lack in features, performance, and privacy, it might make up for in ease of use and, most importantly, in cost. And all those smooth curves probably feel great in the hand.

Speaking of which, I’m getting a couple of units to put them through their paces via real-world, hands-on testing. I’m still very concerned about privacy risks like I was in the case of the eero Pro 6E, but this one time, I’ll take one for the team. Check back for that in-depth review you’ve come to expect from this website.

Wanna be in touch? Sign up for DKT newsletter!