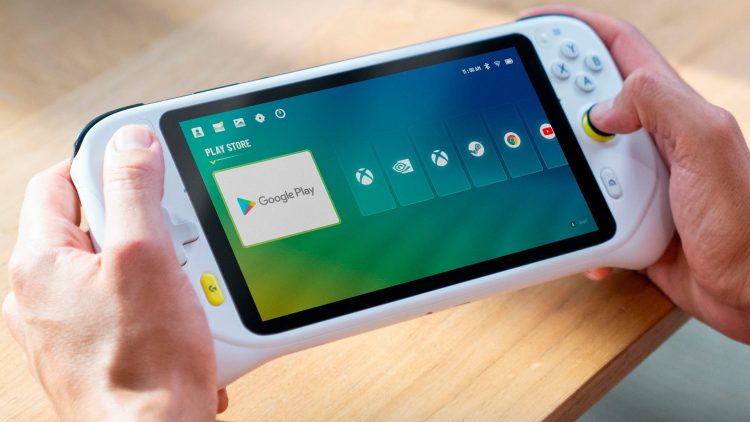 Last month, Logitech and Tencent announced a partnership to launch a cloud gaming handset called the Logitech G Cloud Gaming Handheld. Later that month, images and details of the device were leaked online. Today, we have found out that the handheld will cost $350 and will launch on October 18.

On September 16, Logitech tweeted that it would be holding a livestream on Twitch to “celebrate the next generation of gaming” on September 21. Shortly before the event kicked off today, a preorder page apparently prematurely went live on Amazon Canada. As discovered by Lbabinz on Twitter, the product page revealed that the Logitech handheld costs $399 CAD. The page also revealed that the expected launch date for the device will be on October 18.

Although the product page seemed to go live a little earlier than intended, no harm was done. Logitech officially announced the device and other products during its event. According to Logitech, the handheld will also be coming to the US for $350. If you preorder the console, however, you’ll be able to reserve one for $300.

It’s important to note this device isn’t necessarily a direct competitor to the Steam Deck. Although it looks similar to the Steam Deck, it’s more in line with the likes of the Nintendo Switch due to its focus on cloud gaming.

With its 1080p resolution, 60fps refresh rate, integration with Xbox Cloud Gaming (Beta) and Nvidia GeForce Now, and 12 hours of battery life, it could present stiff competition to the Switch, especially given that the Switch OLED is about the same price.

Vivo X80 Pro+ to be launched in September, to be powered by Snapdragon 8+ Gen 1 chipset- Technology News, Firstpost