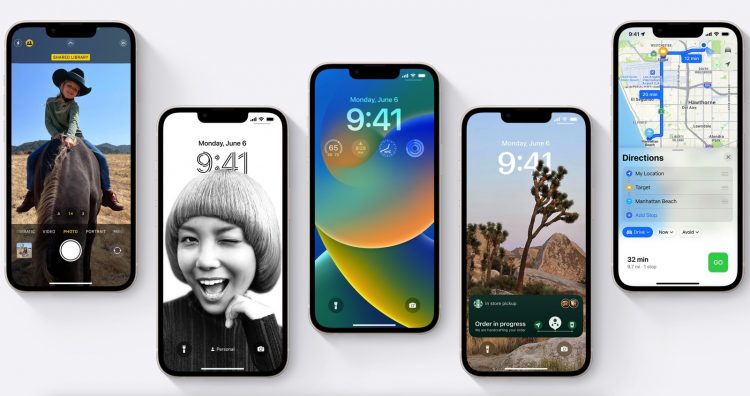 After months of beta testing, iOS 16 finally launches today on iPhones all around the world. iPhone owners typically update their devices whenever a new update arrives, but in case you need any extra convincing, we decided to put together a list of the best reasons to update to iOS 16 as soon as it rolls out on Monday, September 12.

The highlight of iOS 16 is without a doubt the redesigned Lock Screen. iOS 16 gives you the ability to personalize the Lock Screen to your heart’s content with a new multilayered photo effect, stylized views of the time and date, widgets, Live Activities, and more. Bored of a Lock Screen? Create a bunch and switch between them with a swipe.

Apple has also changed the way that notifications appear. They now roll in from the bottom of the Lock Screen, and you can choose to view them in an expanded list view, stacked view, or count view. All of these changes will work especially well with the new always-on display of the iPhone 14 Pro and iPhone 14 Pro Max.

As exciting as visual changes can be, the functional changes are the ones that will have the biggest impact on the way you use your iPhone. In iOS 16, Apple is making it possible to edit and unsend texts. Once you send a text, you have up to 15 minutes to edit the content of the message. There will be a record of edits that both the sender and the recipient can see. You can also unsend a message for up to 2 minutes after sending it.

I stopped using Apple’s default Mail app years ago, but the great features coming in iOS 16 might bring me back. Improvements to Mail in iOS 16 include smart search suggestions and corrections, alerts when you forget an attachment or a recipient, the ability to schedule and unsend emails, support for rich links, and reminders to resurface emails later.

Tech companies have been talking about killing the password for years, but Apple is actually making it happen. iOS 16 will introduce Passkeys, which Apple claims are safer and easier to use than passwords. Passkeys never leave your device, they’re specific to the site you made them for, they’re end-to-end encrypted, and they sync across your devices through iCloud Keychain. You can also use them on non-Apple devices by scanning QR codes.

Slowly but surely, Apple continues to make Siri more useful. For example, in iOS 16, Siri can run shortcuts from your apps without any additional setup. Siri can also automatically send messages rather than waiting for confirmation, put emojis in messages, and hang up calls. Siri can also process more requests offline with iOS 16.

The 7 Best Registry Hacks for Windows 11

Google Pixel 7 specs leak: What do you think?