‘The Daves Next Door’ by Will Carver: A Book Review 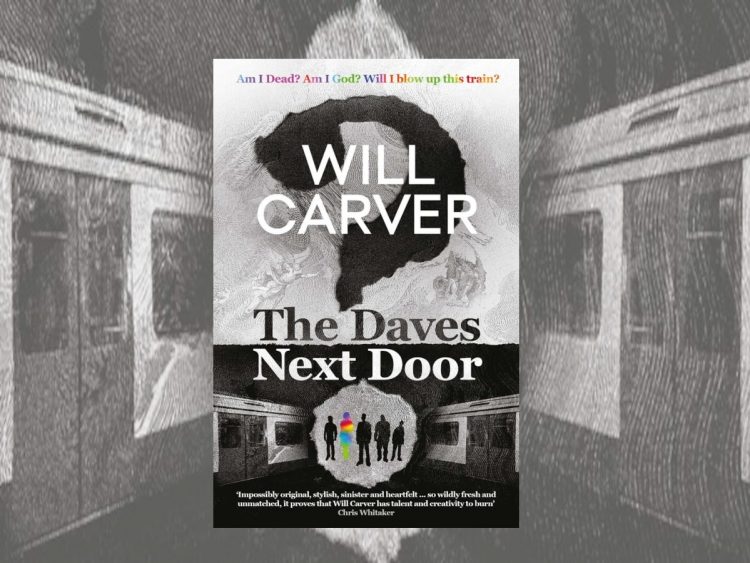 Will Carver might just be my new favorite author. I wasn’t quite sure what I was expecting when I started The Daves Next Door—something noirish. In that respect, it definitely delivered. What I wasn’t expecting, was a book that would make me question everything I thought I knew about the world. A book that would make me reappraise my relationship with my late parents. A book that made me consider my preconceptions and prejudices. The Daves Next Door asks a ridiculous amount of questions (literally, it has a narrator who keeps asking the reader stuff). It answers a lot of them, but it also asks its reader to do an awful lot of soul-searching. The resulting novel is a triumph.

What Is The Daves Next Door?

“The ISC has today begun and investigation to review the intelligence concerning the London attacks on 21st July 2022.”

This was a somewhat unnerving coincidence. I later realized that this date was also the official publication date of the Daves Next Door. Make of that what you will.

My proof copy has three questions on the front cover. Am I dead? Am I God? Will I blow up this train?

At the heart of the book, then, is a man on a train. A man with a bomb strapped to his chest. A man with hundreds of lives in his hands. Does this make him God? Will he press the button?

The “Am I dead?” question belongs to another member of the novel’s ensemble cast. Elderly Saul wakes after an attempt at suicide. He no longer wished to live without his wife, who has passed away. He is found by the young couple who live in the apartment below. Instead of helping, the ailing man, they tell him he is in fact dead. They drug him, take on the guise of angels and move into his apartment.

The “Daves” of the novel are an ill man, called Dave, who has multiple personalities. Dave is waiting for a letter. He regularly checks the postbox in his apartment block and argues with himself. The main cast is filled out by “The Sportsman,” a young man who has destroyed a promising career with a horrific leg injury, and Vashti, a nurse who, at the start of the book, has lost her sense of vocation.

These lives and a few others intersect at various points in the novel. This and the fact that the God/bomber character spends all their time sitting in a tube carriage, narrating an internal monologue, gives the novel a feel of Geoff Ryman’s cult classic 253.

Why Read The Daves Next Door?

This book is as fresh as anything I’ve read in recent times. By looking at an act of terror through the lens of existential angst, Carver creates a fascinating interplay between sympathy and horror. Carver’s characterization, and his depiction of London life in 2022, is spot on. The novel, in part, is an examination of the life unlived.

This book will challenge your preconceptions. Often the narrator will ask “Did you think that ‘X’ was ‘Y’? Why did you think that?” This made me realize a number of times that, given a certain jumble of “facts,” I’ll interpret them in a certain way, and make my own judgments about them—often incorrectly.

It makes for discomfiting reading. It made me realize that my own comfortable white middle-class existence does bring with it certain prejudices, even if I would like to think of myself as a free-thinking, open-minded egalitarian.

The book is not perfect—the novel’s denouement lost me a little—but I feel that the end of the novel fell victim to the brilliance of the other nine-tenths. With a multitude of possible endings, the one Carver created was not what I was hoping for. It takes a spiritual direction that I couldn’t take at face value, and, if there was a deeper meaning behind it, I struggled to work out what it was.

Nevertheless, The Daves Next Door is a truly excellent piece of fiction. The depth of questioning it provokes and the host of well-drawn characters it invokes make for a compelling, often un-put-down-able, work of fiction.

The Daves Next Door is the first Will Carver book I have read. It will surely not be the last.

If you enjoyed this post, do check out my other reviews.

Disclosure: I received a copy of this book in order to write this review.