The 15 Most Rewatchable Movies We Never Get Sick of Watching 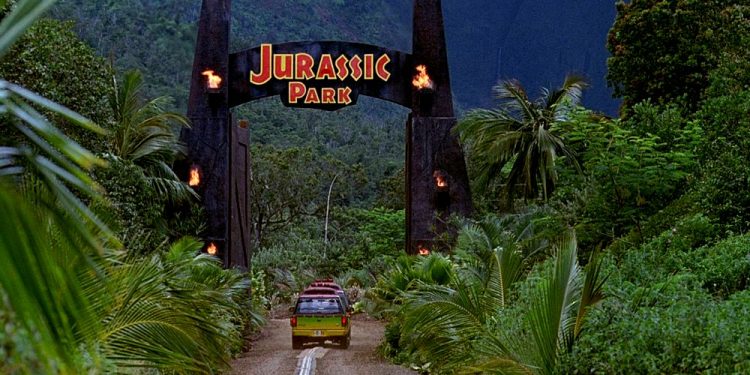 I don’t tend to rewatch movies. If a film’s ending really demands a rewatch, or if a film was especially good, I might do it. But most of the time, even an excellent movie only gets one watch from me.

Examples include The Prestige, Inception, The Usual Suspects, Shutter Island, and The Matrix. While I wouldn’t mind watching them again, I have no desire to put them on, if I’m being honest.

But there are a handful of movies I can watch over and over again. Not many films make that list for me—and the ones that do aren’t necessarily good movies, just well-made and entertaining.

The characters, the acting, the cinematography, the story, the stakes, the dialogue all combine to pull me in and refuse to let go. Here are the most rewatchable movies that pass the test!

Jurassic Park is easily my favorite movie of all time. It has it all: great character development, balance of drama and humor, thrilling scenes, and DINOSAURS.

There are plenty of iconic scenes in this masterpiece, and the dinosaurs still look better than anything put out in recent films. A true classic.

Related: The most iconic movie scenes in sci-fi cinema

Ocean’s Eleven is just so comfortable to watch. It’s funny, it’s groovy, it’s exciting, and it has one of the best climaxes in any heist film. I’d watch this on repeat just for the music, and if not that, then simply to watch Brad Pitt eat and eat and eat and eat.

Related: The best heist movies of the last decade

A compelling mystery, a lovable hero, and some of the best fight scenes in any movie to this day.

You could argue that The Bourne Identity popularized the annoying shakycam style of fight choreography, but it’s actually not that bad in the film itself. This movie is a quick and fun watch every time.

One of the funniest and most quotable comedies of the 2000s. There’s a lot to like about it, including the performances by Rachel McAdams, Lizzy Caplan, and Amanda Seyfried…

…but most important is the bright vibe that wraps the underlying drama. Extremely watchable and tons of laughs per minute.

Rush Hour is classic action-comedy. Lots of chemistry between Jackie Chan and Chris Tucker, lots of humorous scenes, and lots of amazing action choreography. It’s been over twenty years since it debuted but it still holds up well.

Shudder is an streaming service with thousands of horror, thriller, and suspense movies. It’s an excellent value for fans of thrills. Try it FREE for 7 days!

Buried is an excellent example of a film that’s so well-crafted and suspenseful that you just can’t look away.

Ryan Reynolds is buried alive in a coffin—for the entire film. The entire movie takes place INSIDE A COFFIN. And yet you’re kept at the edge of your seat, eyes glued to the screen.

Stephen Chow has made several incredible films, the most famous of which is probably Shaolin Soccer. But for me? Kung Fu Hustle is the better watch if only because it’s just so comically funny even on repeat.

It’s absurd to an extreme, and that absurdity never grows old. Many critics describe it as “martial arts meets Looney Tunes” and I couldn’t agree more.

The Departed is the perfect crime thriller, if you ask me. It has an all-star cast with two of my favorite actors of all-time in both leading roles: Leonardo DiCaprio and Matt Damon.

It has an earworm of a theme, “The Departed Tango.” And it perfectly blends humor into its serious and thrilling scenes. Not to mention that ending. Oof.

Related: The most thrilling movies of all time

Hollywood just doesn’t make action adventure films like The Mummy anymore, and what a shame because The Mummy is so, so good.

Brendan Fraser and Rachel Weisz knock it out of the park with their performances, and even though there are some cheesy bits here and there, The Mummy is just a joy to watch.

It’s the perfect popcorn flick for a lazy summer night when you want to shut off your brain.

The CGI in Toy Story is… lacking, to say the least, when you compare it how far we’ve come with CGI in general. But none of that matters. There’s so much heart and drama in Toy Story that you can’t help but watch whenever it’s on screen.

Buzz? Woody? Even Sid? These are the kinds of characters you love to watch, and that’s what makes Toy Story so rewatchable even to this day.

Including a movie with a time loop in a list of most rewatchable films? There’s a joke in here somewhere, but I ain’t clever enough to find it.

All I’ll say is this: despite being a Tom Cruise anti-fan and lukewarm on Emily Blunt, Edge of Tomorrow is enjoyable enough that I’m happy to overlook that. This is the kind of action-packed film that Transformers wants to be.

I’m a bit biased here because Wedding Crashers is the first raunchy comedy I ever saw and actually liked. But even after several rewatches, I still find it as hilarious as I did the first time, so I’m pretty sure rose-colored glasses have nothing to do with it.

Vince Vaughn and Owen Wilson are perfectly matched, and Rachel McAdams and Isla Fisher are always a sight to see.

Up in the Air is seriously, seriously underrated—not by critics, given that this film has a 91% approval on Rotten Tomatoes and several awards nominations, but by regular folks like you and me.

Too many people have never even heard of it, and that’s a shame because it’s both hilarious and heartwrenching. George Clooney, Anna Kendrick, and Vera Farmiga have surprisingly good chemistry on screen, and the film is edited so well.

If you haven’t seen it, go watch it, then rewatch it.

The Nightmare Before Christmas is a top pick for favorite Christmas movies. Or is it a Halloween movie? And that question right there is what makes this film so great.

I love the creativity that Tim Burton poured into The Nightmare Before Christmas, and the art style is so distinctly lovely. It’s an animated classic. Anyone who doesn’t like this film as a cold, dead heart. Cold and dead!

Related: Actors and directors who love working together

I first watched Scott Pilgrim vs. The World on recommendation from a friend. I knew nothing about it except that I hated the name, and I went into it with a sour attitude.

Well, what a pleasant surprise, eh? It totally caught me off guard and introduced me to the genius of Edgar Wright. Superb to the last drop.

Read next: Typecasted actors who always play the same character in every movie