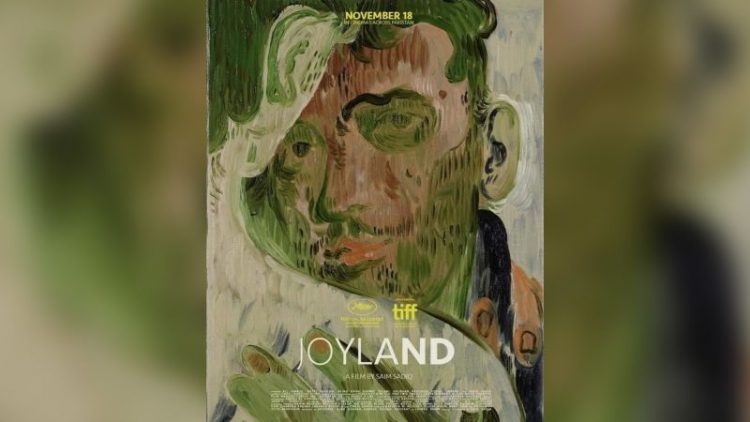 Pakistan’s government has blocked the nationwide release of “Joyland,” the first Pakistani movie shown at the Cannes Film Festival, just one week before it was due to hit theaters in the South Asian country.

In August, the country’s Central Board of Film Censors (CBFC) granted a certificate allowing the movie to be released, but on Friday Pakistan’s Ministry of Information and Broadcasting issued a notice saying it was now “uncertified.”

The official notice said written complaints had been received that the movie contains “highly objectional material” that does not conform with the “social values and moral standards of our society.”

The ministry’s notice said cinemas that fall under the CBFC’s jurisdiction cannot show the movie.

“Joyland” won the Un Certain Regard Jury Prize and the unofficial Queer Palm at Cannes in May. It was then submitted to the Oscars as Pakistan’s official entry for the international feature film award. However, it needs to be in theaters for at least seven days before November 30 to remain in contention for the awards.

Despite being banned from release in Pakistan, “Joyland” could still qualify in this category if it is “theatrically exhibited outside of the U.S. and its territories for at least seven consecutive days in a commercial motion picture theater for paid admission,” according to the official Academy rules.

On Tuesday, a close aide to Pakistan’s Prime Minister tweeted that a “high level committee” was assessing the complaints against Joyland and reviewing its ban.

“The committee will assess the complaints as well as merits to decide on its release in Pakistan,” said adviser Salman Sufi.

The review comes after the Human Rights Commission of Pakistan released a statement on Sunday, condemning the government’s withdrawal of certification for “Joyland” as “rabidly transphobic” and a violation of the movie producers’ right to freedom of expression.

“Pakistan’s audiences have the right to decide what they will watch,” the statement said.

Saim Sadiq, the movie’s director, argued in a post on Instagram that the ministry’s reversal was “absolutely unconstitutional and illegal,” and urged them to reconsider.

“Return the right of our citizens to be able to watch the film that has made their country’s cinema proud world over,” Sadiq wrote.

“Our film got seen and certified by all three censor boards in August 2022. The 18th amendment in the Pakistani constitution gives all of provinces the autonomy to make their own decision. Yet the Ministry suddenly caved under pressure from a few extremist factions – who have not seen the film – and made a mockery of our federal censor board by rendering their decision irrelevant.”

The ban has sparked a public outcry and social media campaign using the hashtag #releasejoyland.

Rasti Farooq, one of the actresses in the movie, posted on Instagram supporting efforts to have it released.

“I stand by my film, and everything that it says, with every fibre of my being,” Farooq said.

Pakistani actor Humayun Saeed, who stars in the fifth season of Netflix series “The Crown,” has also weighed in.

“Joyland has made Pakistan proud by becoming the first South Asian film to win the Jury Prize at the Cannes Film Festival. It is a story of our people told by our people for our people. Hoping for it to be made accessible to these very people #ReleaseJoyland,” he tweeted.