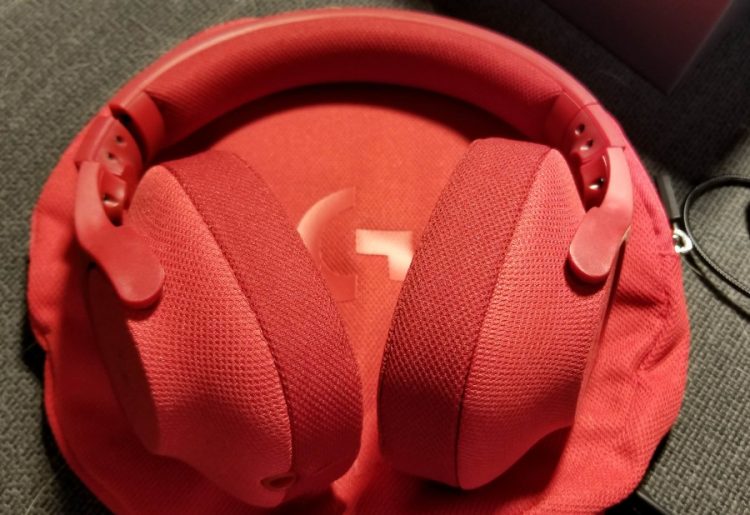 As a parent, I still love my video games both as an act of fun self care and as a way to retreat from real life on occasion. If you have older, self sufficient kids, the noise from their gaming might also interfere with your own enjoyment though, and that’s one of probably many times you’ll want a headset. Headsets are also important for multiplayer games, and I enjoy spending time with my friends in Discord while we kill pixels together. I have gone through several headsets in the last few years, though, struggling to find one that works well for my needs. So far, the Logitech G433 seems to fit the bill.

Fabric ear covers are nice for my sweaty head. Photo by Angela Leach.

The Logitech G433 headset is one of Logitech G’s mid tier gaming headsets. It is a cost effective option for most recreational gamers. Youth and adults alike can wear these headsets, but they might be a bit large for kids younger than middle school age. 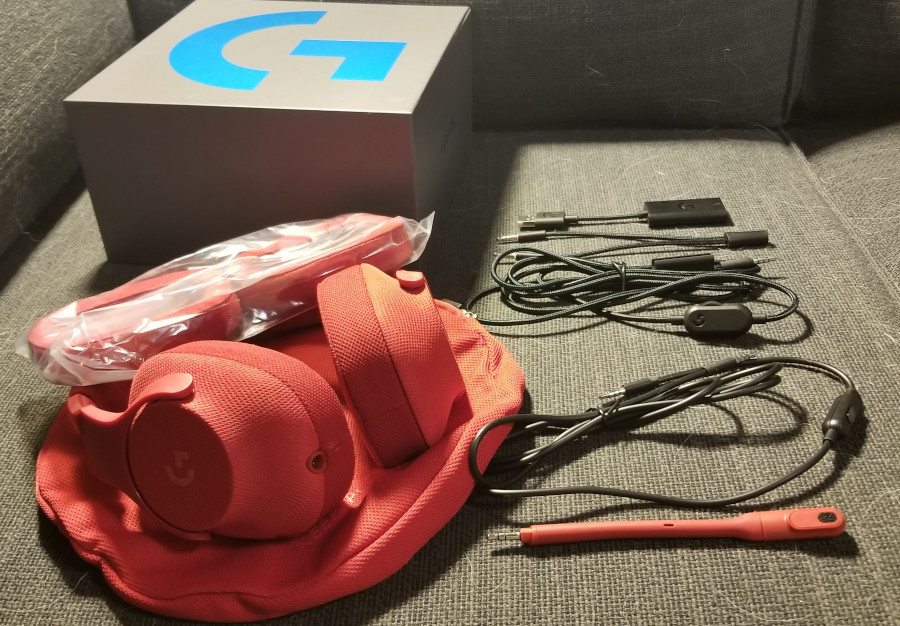 All of this comes in the G433 Gaming Headset package. Photo by Angela Leach.

When you open the box, you’re not going to be greeted by just a plain old pair of headphones. You’ve got some stuff to go through:

I received the red headset, and while I generally don’t order myself bright red things, it’s turned out to be quite nice for finding my headset in a sea of black tech. The quality of the fabric on the bridge and ear pads is high, and I have had no problems wearing the headset for a long period of time, even wearing glasses.
Logitech has included all of the cables you need as well, which is very handy for performance straight out of the box, regardless of the system you want to use. Considering my household contains multiple PCs, a PS4, an XBox One, and mobile phones with games on them, the interoperability is more useful than I expected at first. 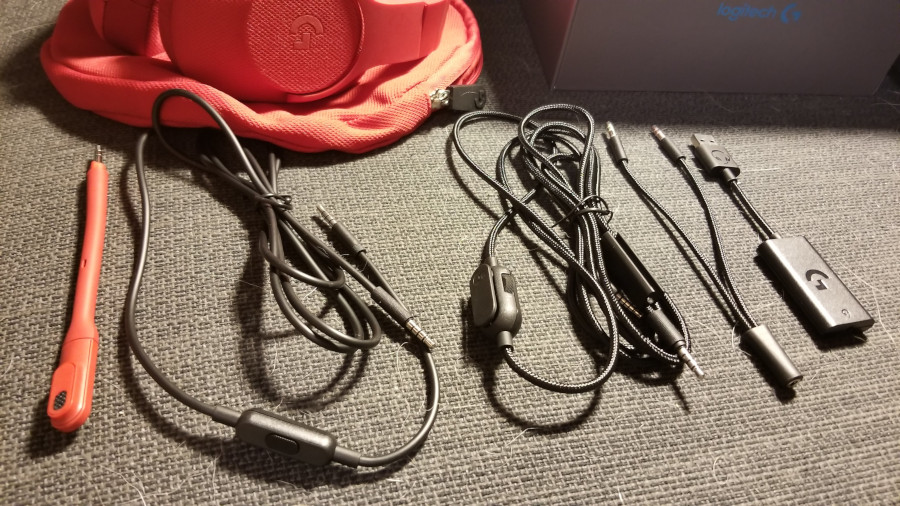 A variety of cords, splitters, and adapters come with the headset. Photo by Angela Leach.

How to Use the Logitech G433

Despite the fact that the Logitech G433 is “just” a headset, it’s important to note that if you don’t set it up right, you won’t enjoy your experience. Some key factors for your best experience include using the correct connector, using the Logitech software, and ensuring you haven’t plugged the cord in backwards. Especially that last bit.
Installing the Logitech Pro-G audio drivers is absolutely a personal choice, but I recommend doing it. Adjusting the settings in your equalizer a little at a time is worth the effort to get the sound that’s best for you. There are several alternatives recommended around the internet, but you’ll likely need to experiment since we all hear differently.

Why You Should Get the Logitech G433

I really enjoy the Logitech G433 headphones as a casual gamer. I noted a significant improvement in sound performance from my last pair, and appreciate that pretty much everything is detachable, which also means that it’s replaceable if necessary.
During my testing, I upgraded to a new laptop – one that required both headphone and mic inputs, so I tried the splitter cable included in the box and noted a slight decline in microphone quality. The USB adapter did reduce that issue, so having two options was really useful and I expect everyone’s experience will be different. I don’t have any issues with the audio performance with either adapter, and happily listen to music on the Logitech G433s as though they’re built for that alone.
The Logitech G433 headset is a perfectly reasonable headset to get and use for most gaming parents – it’s sturdy enough that you can let the kids use them, the sound quality is decent, and the comfort is definitely toward the top of all the headsets I’ve worn over the years. I am happy with mine, and will likely wear them for quite some time before passing them along to one of the teenagers.

You can get your own Logitech G433 headset for just under $70 on Amazon here.
Disclosure: GeekDad received a copy of this product for review purposes.

California will ban gas car sales by 2035. The EV race now has a finish line.