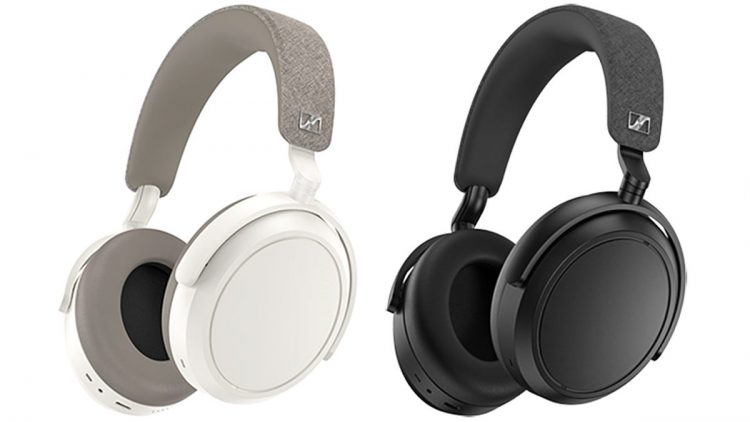 Not only is Sennheiser known for its excellent sounding audio gear, it’s also known for its distinct styling, particularly with headphones like its wireless over-ear Momentum line. In past iterations, the line featured an exposed metal headband strap that aesthetically stood out against the competition, but for the new Momentum 4, Sennheiser is introducing a complete redesign that promises more comfort and better performance, but with uninspired looks.

When the Sennheiser Momentum 3 wireless headphones were released back in 2019, we raved about not only their sound quality and ANC performance, but also their retro-inspired design. Given how generic most wireless earbuds are, larger wireless on-ear headphones are one of the few ways consumers can express their style through their gear, but it’s hard to imagine anyone buying the Sennheiser Momentum 4 for its looks. The distinctive metal headband strap is now gone, replaced with a more generic but articulated structure that makes these $350 cans look like the cheaper alternatives to the rest of Sennheiser’s headphone lineup.

Also gone are the hinged earcups that fold in on themselves. Like recent Sony and Apple offerings, the new Momentum 4 wireless headphones feature a fold-flat design instead, so while the included carrying case has a larger footprint, it’s also much slimmer and potentially easier to slide into a bag. With the headband now connecting to pivot points on the edges, the featureless sides of the Momentum 4 earcups are now large touchpads for activating playback, function, and volume shortcuts through taps and swipe gestures. All physical buttons have been removed from the Momentum 4, except for a single power/Bluetooth pairing button.

So, what do the Momentum 4 wireless headphones do? Sennheiser promises the redesigned headband has increased padding, while the added articulation on each slightly angled earcup allows the headphones to stay on the head with less pressure, making them more comfortable to wear. The lambskin covering the padding on each earcup has also been replaced with a synthetic leather, which is another step in the right direction.

The headphone’s touch-sensitive controls might not be an improvement as far as functionality is concerned, but while the Sennheiser Momentum 3 headphones offered around 17 hours of battery life at most, the Momentum 4 promise a staggering 60 hours. That’s twice the battery life that Sony promises with its recent WH-1000XM5, and even if hitting 60 hours requires some power-saving techniques (like keeping the volume pumping through its 42mm transducers low) that’s still an impressive achievement. When they do die, a quick 10 minute charge provides an extra six hours of runtime.

Sennheiser is also promising improved active noise cancellation performance, and added customizability and personalization through an accompanying mobile app. But the most compelling reason for the extreme redesign is the $350 price tag (available for pre-order starting today and officially on sale starting on August 23). That’s $50 cheaper than the Sennheiser Momentum 3. If you prioritize function over form, there’s undoubtedly a lot to like here, but if you care more about how your headphones look, it might be time to move on.

Studying Veterinary Medicine in the Caribbean