This gritty manga first appeared as a series of drawings in an art exhibit in 2015, because Eldo Yoshimizu is an artist and sculptor, and this is his debut as a manga artist.

Endling – Extinction is Forever Review: it is not afraid to hurt you

The manga was then translated into French and now we can finally see it in English, presented by Titan comics. The first two volumes are available now, and a third one is coming in October. 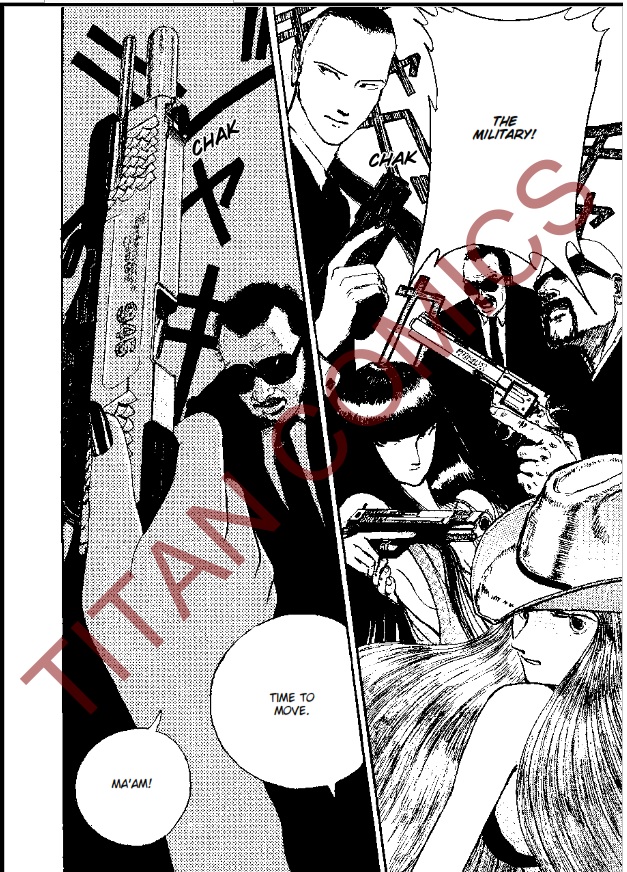 Ryuko is a hard-hitting, motorcycle-riding, Yakuza boss. She is stationed in the Middle East and has a complex history. When she finally gets her golden seal at the end of the fierce battle with government troops, she decides to fly to Yokohama. However, the Chinese mafia and a mysterious terrorist organization are there waiting for her.

All the people in this novel are some type of low criminal, and the fast pace of the scenery and the diverse set of characters made me think of Kill Bill, A LOT.

When Ryuko’s mother is kidnapped things start to get personal, and more violent. This Japanese crime thriller has a very interesting and dynamic way of presenting itself and the lines are cinematographic in their quality.

Ryuko resembles the actress Meiko Kaji in her role as Matsu from Shunya Ito in Female Prisoner #701: Scorpion (1972–1973), and has many other manga references from the 70s as well. The film perhaps inspired Kill Bill, so it comes full circle.

Advised for mature readers, it is a novel mix between a classic crime manga and a new thing, and it is entirely drawn in black and white.

Review: ‘Usagi Yojimbo’ Issue #29 – The Secret of the Green Dragon