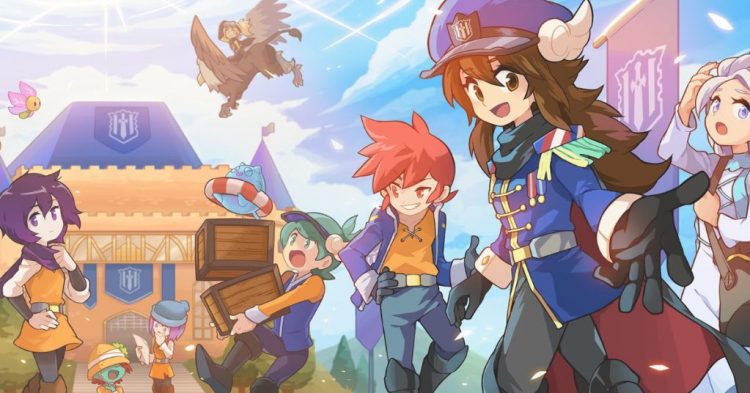 Around two weeks ago, I found myself playing Postknight 2, a mobile RPG developed by Malaysian game studio Kurechii.

Scarred by the chaotic whirlwind that is Ni No Kuni: Cross Worlds (my review here), Postknight 2 looked to be a quiet and unassuming game in comparison. A safe bet, if you will.

To be frank, I didn’t quite expect to get as invested and impressed as I did.

But soon enough, I was farming materials to upgrade my weapons, bolstering my friendships with NPCs, and travelling all across the world of Prism as a Postknight ranking my way up to the top.

The game also got a pretty major update on August 2, with another one to come in September, so now’s as good of a time as any to join in on the fun.

In commemoration of the recent update, here’s my review of the Malaysian-made mobile game.

At first, I was worried that I wouldn’t understand the premise of Postknight 2 as it’s technically the sequel to Kurechii’s Postknight.

Thankfully, the game works as a standalone, so those who have never played the first title from 2017 can still enjoy the second game.

In fact, Postknight 2 is an incredibly friendly game for new players like myself. While the game doesn’t overwhelm you with a complicated user interface from the get-go though, it also doesn’t bore you with a long-winded intro scene or a lengthy tutorial.

Instead, the game trusts its player, steadily introducing various characters through the plot itself, which is driven by dialogue rather than some cringy narration.

While some people probably just skip through all the speech bubbles, I found this style of storytelling to be very pleasant. It kind of adheres to the “show not tell” philosophy.

A majority of the game’s characters also have distinct personalities. Take Pearl and Almond for example. Pearl is shy and nervous, defined by her inability to pass the entrance exam to become a Postknight.

Almond, on the other hand, is ambitious and somewhat overconfident. Both are charming in their own way.

Even each city’s innkeepers, merchants, blacksmiths, and alchemists have their own characterisation.

Some of the characters, like Pearl for example, are also interactable, and players can grow their friendship levels with them by giving gifts. There’s a cooldown time, though.

I honestly enjoy figuring out what gifts each character likes through trial and error. We also get to receive gifts from them—though I wouldn’t say it’s a fair trade, really. Oh well.

A well-paced and well-organised game

Overall, I appreciated the clear motivator for our character, which is the desire to become an S-ranked postknight.

But while that goal is the overarching theme of the game, and players have to intentionally fulfil certain tasks and tests in order to rank up, what really pushes us forward in our journey are the smaller arcs confined to each city or village you’re in.

Another huge factor I liked about the game was its excellent pacing.

Other than the plot or the way characters and game mechanics are introduced, the best way this can be observed might be in terms of level difficulty.

While the game isn’t hard to beat, the difficulty does increase noticeably, which encourages players to make full use of the game to level up the stats and gear as needed.

Speaking of stats and gear, the way the levels work in this game are just *chef kiss*. It’s one of those games whereby you are given a select number of points when you level up, and you can choose what stats to boost.

There are four categories you can boost—strength, agility, intelligence, and vitality. Strength and agility are pretty-straightforward, while intelligence increases healing capabilities and vitality ups the maximum HP.

When I say the game is well-organised, I’m mainly talking about the user experience (UX). The way you can access your stats, profile, achievements, areas, and all the different elements is so straightforward but structured in such an aesthetically and functionally pleasing way. Basically, they just make sense.

Not just a mindless clicker game

While the game’s combat mechanisms might seem mindless at first, with the way it kind of performs like a runner game that auto-hits enemies, it’s way more than that. In fact, I’d go so far as to say that there’s some strategy to it.

The game’s combat has three parts to it—attack, defend, and recover. The recover element is particularly interesting, as I thought at first players would have to brew potions and have a limited amount of healing potions to use in combat.

However, having essentially unlimited healing abilities is not as OP as it sounds. There’s a cooldown, and some enemies can basically combo you so you can’t block or attack.

The categories of weapons also play rather differently. There are three types of weapons—sword and shield, dual-wielding daggers, and two-handed hammers (AKA heavy weapons). The latter two weapons can both attack and defend.

Each location has its own sets, with each location’s weapons better than the previous one’s. The sets include weapons, armour, and helms (i.e. helmets). Fully equipping the sets also gives you a bonus, such as added healing, higher critical damage, and more.

My weapon of choice is the Heavy Weapon, which is quite surprising because I typically prefer swords or speedier weapons in games.

I also liked how diverse the different enemies act. Pretty much all enemies function differently, so they actually have a reason to exist.

You also shouldn’t worry about running out of content in the game. Other than completing your daily quests in the Prism Pass, players can also focus on climbing up in the Postknight hierarchy (C, B, A, S, in ascending order) which is not as easy as it sounds.

To do that, you need to earn enough tokens by doing delivery quests that refresh every few hours and fulfilling the other criteria listed. Once that’s done, you have to head to the Postknight HQ and do a test.

It took me upwards of five tries to ascend to Rank B, and it took me grinding patrols to get enough materials to upgrade my weapon and gear.

After ascending to Rank B, you’ll also get access to three divisions—Pyrodash, Neverwhisk, and Etherdawn. After joining, you get access to the division bounties, whereby you have to defeat a certain number of a particular enemy to get division tokens that can be exchanged for gear.

I accidentally just joined the first one that popped up, which was the Pyrodash division. I could still quit the division, but at this point, I’m too invested. Pyrodashers unite!

The epitome of a good mobile game

Perhaps most importantly, the game features a quick recovery time that means you can continuously play the game. When you die on a level, you might have to wait a few seconds before your health fully refills, but it’s honestly not a big deal at all.

On the note of having a quick recovery time, I find that Postknight 2 is made by people who not only understand what its audience wants but is, in fact, considerate of it.

Postknight 2 is a game that can be fully experienced even if you’re a free-to-play gamer, and it never really shows any predatory behaviour in terms of making you sign up or make microtransactions to make the most out of the game.

I think this is further showcased by how Kurechii values its fans. Take the recent updates as an example.

This game is perfect for those in search of something light, fun, and interesting. I wouldn’t go so far as to call it immersive, but even so, the world-building is delightful.

At the time of writing, I’m still a B-rank postknight finishing up my work in Caldemount, the capital city of Kurestal. But hopefully, I’ll be able to visit the neighbouring country of Quivtol before the 1.4 update releases in September.

How to Change the Time and Date in Windows

7 ‘revolutionary’ features of the iPhone 14 & iOS16 that were already present in Android devices- Technology News, Firstpost