Review: ‘How to Teach Grown-Ups About Pluto’

by Staff Writer
in How To
Reading Time: 5 mins read 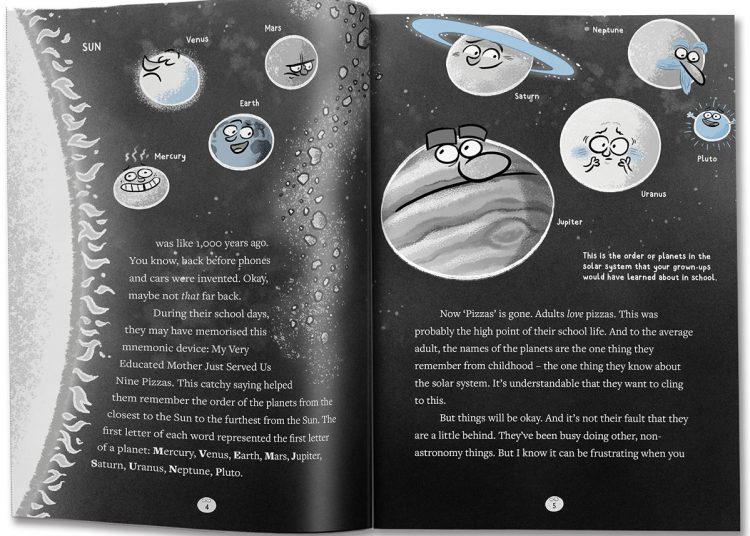 In recent months I’ve been increasingly busy (a sign of which is that I started this post at the beginning of July and am finishing it on the 27th!). Meanwhile, lots of great books have been dropping through my letterbox and I’ve struggled to find time to review them. This summer, I’m hoping to put that right, with my Summer 2022 Book Review Catch Up, starting with How to Teach Grown-Ups About Pluto by Dean Regas. A book, that funnily enough, is all about Pluto. Hopefully, I’ll have the review finished in less than 1 Pluto year!

What Is How to Teach Grown-Ups About Pluto?

The central premise of the book is that it will help children teach their parents about Pluto. After all, many of us old-timers can’t fully accept that it’s not a planet anymore. We know in our hearts that it’s not a planet, but there’s a small part of us, that will always believe. It’s like a tiny distant frozen part of our childhood has been stolen from us. Perhaps I ought to “Let it go!”

How to Teach Grown-Ups about Pluto uses a relaxed style and cartoon-style graphics to entertain and teach us about all things Pluto. As well as that, learning about Pluto means absorbing all sorts of fun and interesting astronomical information along the way.

We start at the beginning of the human history of the Solar System, with a detailed explanation of Copernicus and the discovery that the Sun was at the center of things. Next up, author Dean Regas explains how Uranus and Neptune were discovered (the discovery of Neptune is entirely cool, by the way) before explaining the painstaking way in which Pluto itself was discovered, by Clyde Tombaugh.

After that, Regas really gets into the nuts and bolts of Pluto’s existence. Its unusual orbit, its moons, its size and composition. Next, it looks at other small, non-planet, objects in the Solar System, before explaining why Pluto was downgraded and the steps that took us there. We learn what makes a planet and why such classifications are important.

How to Teach Grown-Ups about Pluto closes out with some fun pages. A timeline of the discovery of planets and other solar system objects, a Solar System personality quiz: Which object are you?, and a Pluto-based quiz, to test your grown-ups with. After that, there is a useful list of sources, an index, and a comprehensive glossary. (Towards the end there is also a fab graph of “Number of Planets Throughout History.” Did you know at one time there were thought to be 18?!) 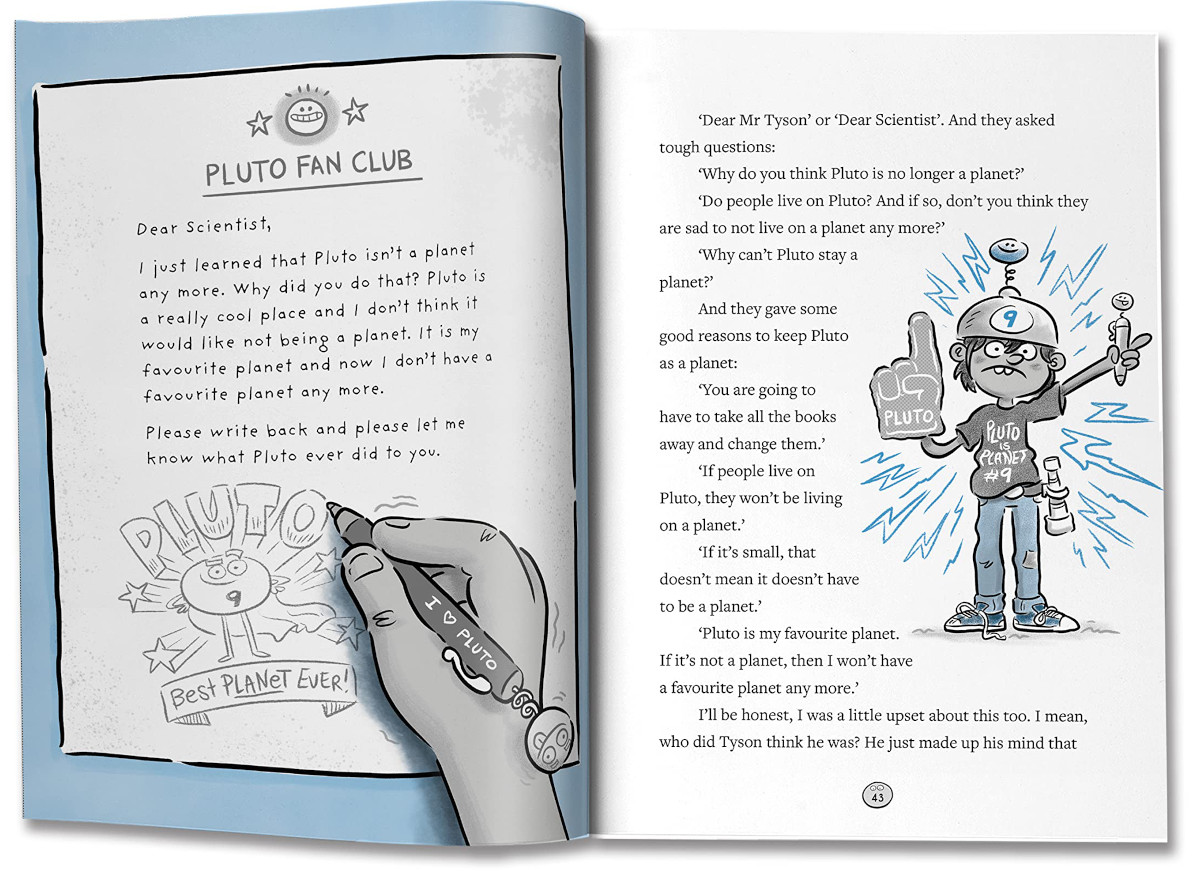 Why Read How to Teach Grown-Ups About Pluto?

This book is beyond excellent. As well as teaching us about Pluto it also informs about many other things, such as the make-up of the other planets and the history of the exploration of the Solar System.

The thing I like most about the book isn’t really anything to do with Pluto. Pluto’s entire story is a demonstration of the iterative process of science. All too often, nowadays, people refuse to accept new information. Time and again, we see people sticking to entrenched views, despite overwhelming evidence they are incorrect (my living in post-Brexit Britain, maybe informing this observation). The evolving status of Pluto shows how part of being a scientist is learning to appraise and then reappraise the available facts. 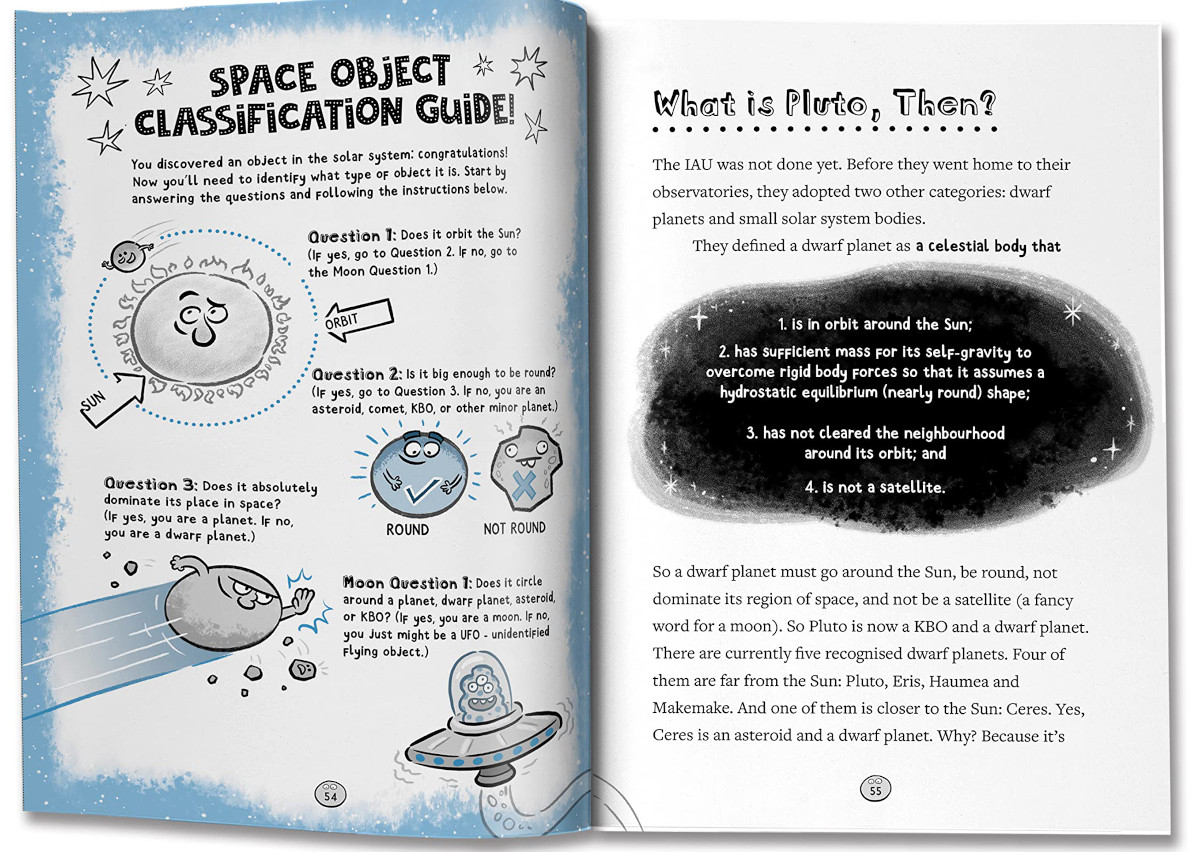 This is important because it shows how science can be “wrong” but is then more than happy to correct its errors. It demonstrates how good science welcomes new information. It also shows how collaborative the scientific community is. In a world where science is all too often called into question, with dubious outlying opinions being used to hack down more measured ones, books like How to Teach Grown-Ups About Pluto reveal how scientists work together. How findings are strengthened and backed up by collaboration and communication.

The information presented in the book is accessible and entertaining. It gets the “teaching grown-ups” pitch just right. My kids love it when they feel like they can teach me something, and this angle of the book very much appeals to them. They don’t even notice they’ve had to learn some astronomy themselves in order to be so informative!

If you’d like to pick up a copy of How to Teach Grown-Ups about Pluto, you can do so here in the US, and here in the UK.

If you enjoyed this review, do check out my other book reviews, here. (And lots more fab Britannica books, here) 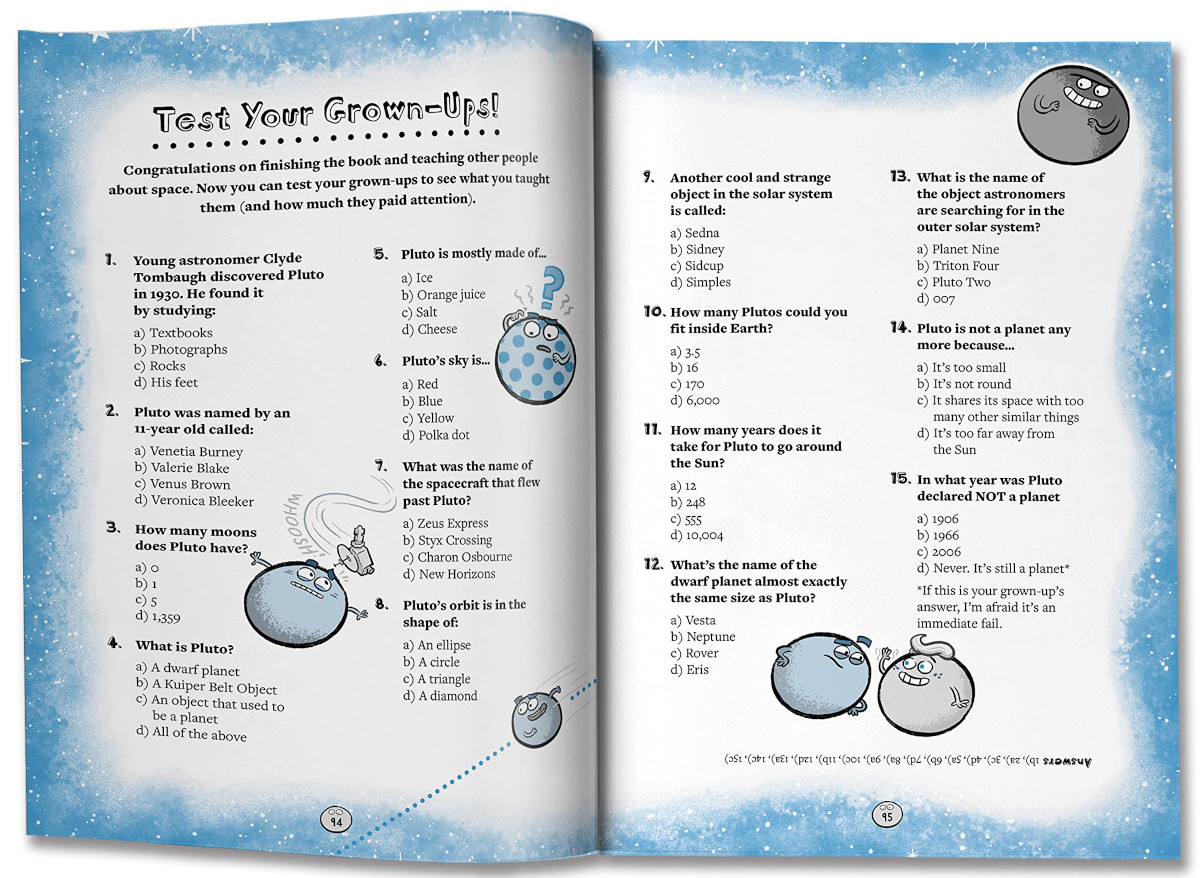 Who doesn’t love a quiz?

Disclaimer: I received a copy of this book in order to write this book.

How to make private photo albums on iPhone and Android

How to Move a Lost, Off-Screen Window Back to Your Desktop