‘Priest of Crowns’ by Peter McLean: A Book Review 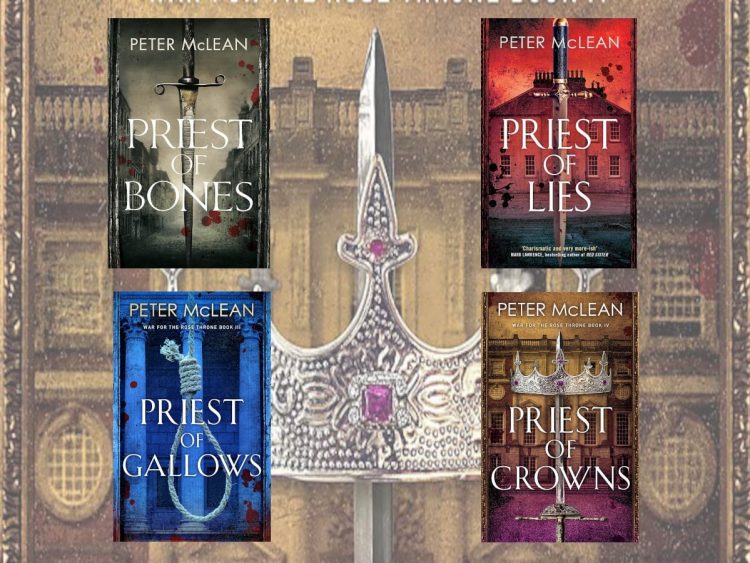 This review is for the final book in the “War for the Rose Throne” Series, Priest of Crowns. I’ll try to keep this review as spoiler-free as possible for the previous books, but if you want to start of the beginning do check out Priest of Bones, reviewed here.

Why You Should Read the “War for the Rose Throne” Series.

Tomas Piety is probably one of my favorite modern fantasy creations. He is such a compelling, flawed but noble character. Where Priest of Bones started as a riff on “gangsters with swords” (plus a bit of magic), as the series has continued, Piety and author Peter Mclean have grown into their roles. (I’d say “matured,” but both Piety and Mclean would probably boot me up the arse for saying something so vacuous).

As the series has progressed, it has become more and more a mirror of our times. It’s easy to imagine, reading Priest of Crowns that McLean is a man who closely follows contemporary politics. His books have become a powerful meditation on the nature of power and the manipulation of the masses to further one’s ends. The fantasy setting is worn lightly. The world may be made up, but the political power-plays are very much 21st-century planet Earth.

Combine this with some wonderful and extremely credible (and brutal) characterization and you have yourself an absolute humdinger of a series.

Piety’s post-traumatic stress disorder from his time at war is effectively realized. I haven’t encountered anything of its like in fantasy before (though admittedly my fantasy reading isn’t as wide as it used to be). Beyond that, the depiction of a battered group of comrades, whose camaraderie was forged in battle and death is also spot on. Traditionally in fantasy novels, the fighting is glorious. There is nothing glorious in Tomas Piety’s war.

All of the books. Check them our if you haven’t already!

What about Priest of Crowns?

The plot across the series, whilst intricate is understated. It’s about politics and subterfuge as much as set pieces and surprise “gotchas.” Priest of Crowns is no different. The build-up in this final novel is excellent. Piety’s plans gradually climb to fruition, through his usual mix of loyalty, intimidation, and good forward planning.

I started Priest of Crowns with some trepidation. Could McLean hold it together for the ending the series richly deserved? The answer is a resounding yes! The story and the culmination of the saga are deeply satisfying, made all the more so by the well-observed commentary on political power.

I’m sad to see the end of Tomas Piety’s story and the conclusion of The War of the Rose Throne. The books have made Piety a giant of the genre, and McLean a voice that should be heard by many. I can’t wait to see what his next projects will bring.

If you enjoyed this review, check out my other book reviews here.

Don’t just take my word for it, check out these other reviews too! 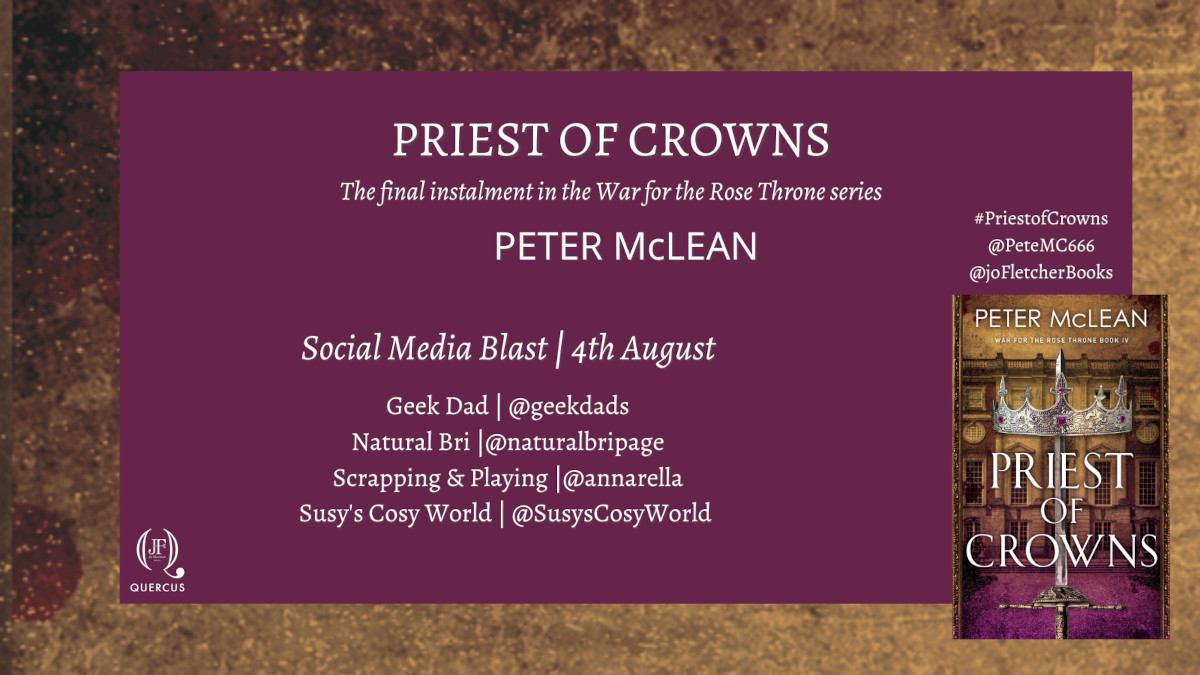 Disclosure: I received a copy of this book in order to write this review.

Android 13 support is coming to Windows 11 via WSA