Pac-Man live action movie raises questions, like: What? Why? When? 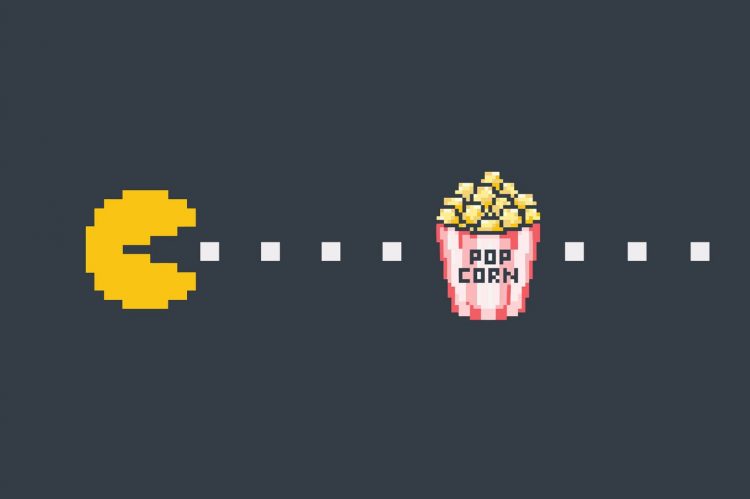 Game maker Bandai Namco and Wayfarer Studios are launching on a movie project around the classic game “Pac-Man,” according to an exclusive report from the Hollywood Reporter on Monday. What’s more, the movie is going to be a live-action adaptation. When thinking of how Hollywood can bring to life the most famous yellow circle not named “the sun,” there’s a lot to chew on.

Pac-Man is one of the best-selling game franchises ever, and would join a number of other hallowed franchises recently adapted for live action on the big screen. Sega’s Sonic the Hedgehog has appeared in a pair of movies since 2020 and is scheduled for a third, while Chris Pratt is slated to star as Nintendo’s Mario in another upcoming film.

The best video game movies ever

Still, both of those franchises have a lot more going for them in terms of in-game storytelling and lore compared to the hero formerly known as “Puck Man.” Here are some pressing questions that immediately demanded deep meditation as we mulled a live-action movie featuring the beloved, pellet-munching Pac-Man.

Seriously, who was asking for this? Though Pac-Man is a staple of classic arcades and a significant source of video game nostalgia, were there any voices clamoring for a cinematic production focused on a character that does little beyond flee from ghosts and devour dots? This is not an IP that screams “great source of Shakespearean drama.” Ms. Pac-Man isn’t whispering in Pac-Man’s ear to murder “king” Donkey Kong, she’s in a different game altogether having her own heroic turn. It just doesn’t seem like this needs to exist.

And yet, now that we know it’s in the works … this totally needs to exist! Why? To answer all our remaining questions. Starting with …

The default version of Pac-Man, as you may know, is rather minimal. A yellow circle with a “mouth” resembling a missing pizza slice, Pac-Man just floats down hallways in two-dimensional glory, happily chomping on his steady, if monotonous, diet of pixels. Pac-Man is defined by his simplicity, designed by game director Toru Iwatani to appeal to a wide and diverse player base. In doing so, Iwatani created one of the most iconic characters — and games — of all time. All of this raises the stakes on the character’s visual design in a live-action movie adaptation.

How, exactly, do you bring Iwatani’s version of Pac-Man to life in a 3D setting that I like to refer to as “the real world,” surrounded by real actors? As The Post’s Gene Park wrote in 2020, Iwatani drew inspiration for his design from a haiku by Matsuo Basho that translates to, “So tranquil is the area, that the sounds of cicadas seeps into the rocks.” How will Hollywood’s muse shape the movie version?

One solution could be using the renderings of the titular hero from the short-lived, early 1980s TV series by Hanna-Barbera. In that cartoon, Pac-Man’s famed maw was accompanied by a tongue, arms, legs, a nose and eyes crowned by two rather prominent brows. That feels like a more workable version of the character in a real-life environment, if less elegant in its form than the original “Puck Man.”

There’s another wrinkle worth noting in terms of character design. Per the Hollywood Reporter, the film will be based on “an original idea” from Chuck Williams, who produced 2020′s “Sonic the Hedgehog.” The resulting Sonic films (which were pretty good) inspire a measure of confidence.

But before work begins on a four-limbed CGI Pac-Man along with any new facial features or, God forbid, teeth, let us all recall the first reveal of Williams’s Sonic. It was abject horror at first sight; the original CG protagonist unsettled Sonic fans so much, he had to be entirely overhauled. Hopefully any styling of Pac-Man will come without additional nightmare fuel, or material for a parody in a sequel to Disney’s “Chip ‘n’ Dale: Rescue Rangers.”

The original source material from “Pac-Man” is devoid of compelling drama. Where does the tension originate in a potential plot? Could it be a 90-minute chase scene of our dear hero evading the ghoulish ghosties? Only if Michael Bay becomes attached to the project, perhaps. But maybe we’re thinking about this too literally.

What if the Pac-Man plot is more metaphorical? Imagine the Dickensian aspects of the game! A humble everyman, pounding the pavement, performing a thankless job, trapped in a maze of social and economic constructs, forced to succeed or die trying — all the while plagued by the ghosts that haunt us all. Every so often, buoyed by jolts of self-confidence, our hero turns the tables on his demons, sending them streaking back to their lair, only to watch his fleeting power diminish, ponder his mortality and see those ghosts return potent as ever. How like life!

With the report of Pac-Man’s production Monday, it seems the film is still a long way from landing in a theater (or streaming service). Per the Hollywood Reporter, only the producers are known right now, with Justin Baldoni, Manu Gargi and Andrew Calof producing on behalf of Wayfarer Studios, in addition to Williams and Tim Kwok for Lightbeam Entertainment. Safe to say “Pac-Man” fans will be hungry for more news whenever it comes. In the meantime, one final question …

5. Did anyone record the pitch meeting?

Please, please, please say this exists. If only to hear the sounds that fill the room after someone says: “Two words: Live-action, Pac-Man!”