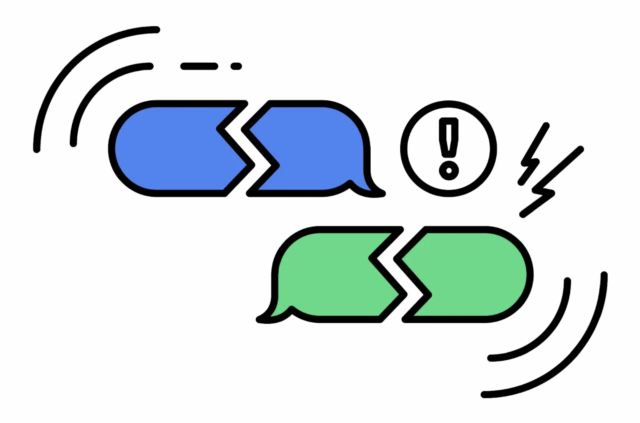 (Photo: Android)A bold new campaign from Android is asking Apple to “fix texting” by adopting text standards maintained by the rest of the industry.

A new web page titled “It’s time for Apple to fix texting” urges the iPhone maker to resolve most of the issues inherent to “green bubble” text conversations. The page explains that most mobile operating systems support a texting standard called RCS (short for “Rich Communication Suite”), which allows apps to send texts over Wi-Fi, swap high-resolution media, and use read receipts, among other modern perks. Apple, meanwhile, has elected to stick with SMS/MMS (“Short Message Service” and “Multimedia Messaging Service”), which was previously the gold standard for the industry but has over time become outdated. The apparent refusal from Apple to switch to RCS—which Android says would only improve the texting experience—has created seemingly endless issues for users of both operating systems.

The friendly, longstanding Apple-versus-Android war has been made worse by the pesky green bubbles iPhone users receive when someone without an iPhone texts them. It’s even a running joke among iPhone users that a new friend or date isn’t a great fit if their messages are green (à la “He’s a 10, but he’s got green bubbles”).

Of course, it’s not really the color of the message that poses a problem: It’s the glitchy way texts come through on either end of the conversation. The iPhone’s reaction feature doesn’t work well for Android users, and longer messages are often broken up and rearranged by the time they make their way to the other person, which is confusing. Photos and videos sent to iPhone users by Android users (or the other way around) are compacted to about the size of your thumbnail, rendering the media almost useless. iPhone users also don’t enjoy the benefits of read receipts or typing indicators that iMessage offers when texting Android users. Android’s campaign seems to argue that these annoyances are intentional, especially when it points out the readability (or lack thereof) of white-on-green messages. After all, potential Apple converts might be swayed by the promise of an easier texting experience when their friends, family, or colleagues use iPhones. Android users are effectively punished for using the operating system: They can’t leave group conversations involving iPhone users unless a whole new conversation is started, and iPhones often can’t send texts to Android over Wi-Fi. SMS and MMS also lack support for end-to-end encryption, meaning only iPhone-to-iPhone conversations are encrypted. To say this is a big deal would be an understatement, given the increasing stakes associated with digital security.

Most mobile phone users are blissfully unaware of the differences between RCS and SMS/MMS. Rather than knowing to blame their messaging woes on Apple’s inflexibility, they brush off absurdly tiny videos and out-of-order messages as an unfortunate reality of inter-OS conversations. Android’s campaign seeks to resolve that by educating users on what’s really to blame, as well as imploring those same users to demand Apple switch to RCS. The site repeatedly asks viewers to “help Apple #GetTheMessage”; when clicked, this call-to-action opens up Twitter with a template tweet ready to send.

Whether public pressure will get Apple to budge, only time—and a whole lot of tweets—will tell. Apple can be a bit stubborn (as those who remember the push to make Apple devices USB-C compatible know), and with its foot on nearly half of the mobile phone market, it doesn’t have much incentive to change. On the other hand, Android isn’t alone in its RCS push. Journalists and third-party messaging apps have been pointing out Apple’s texting flaws for a while, and Android’s campaign might provide the final push they need.

Instagram, facing criticism from Kylie Jenner and others, tries explaining itself.