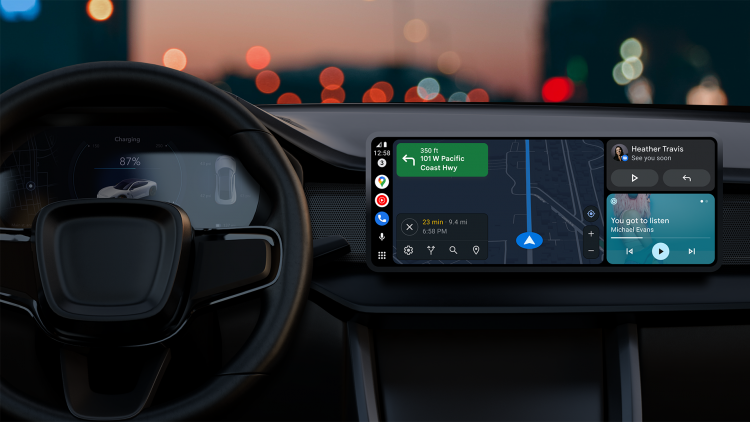 The infotainment system known as Android Auto got a big redesign and Google pushed out the beta version of it last week. While it was a public beta, not many got to actually try out the revamped UI. Thankfully, it looks like more people will get the chance to test it out as Google opens up beta program enrollment.

The Android Auto update known as “Coolwalk” brings a cleaner, more organized UI with a focus on split screens and easy access to apps. If you want a full breakdown of the big changes, you can take a look at our article here. While that may sound great, the problem is that the beta is only open to public beta testers and there was no room for beta program sign-ups when the beta was released.

If you were unable to sign up before the release, you were out of luck. However, you may not be out of luck for long as it appears Google is opening up its program to more users.

According to 9To5Google, Reddit users from the US, UK, Mexico, Canada, Australia, Brazil, and other countries are reporting that the Android Auto beta is open and accepting new sign-ups. While some are getting notifications asking them to join the program, some are not. If you haven’t received a notification, you can use this direct link to the tester program instead.

The current stable version of Android Auto is not without its problems. From not working with newly purchased phones to USB cable issues, the platform can be a bit of a pain. But the new beta aims to make up for some of those problems.