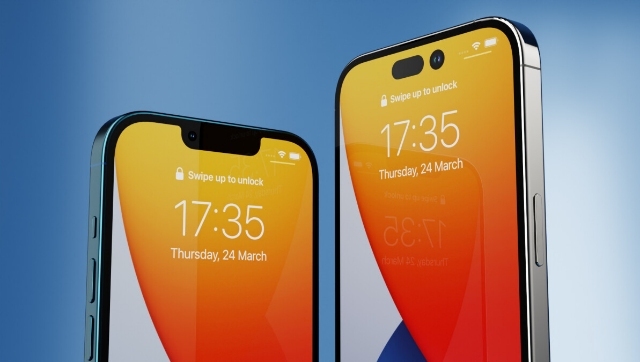 As Apple is gearing up for the launch of the iPhone 14 series in September at their fall event, rumours surrounding the device keep on coming. If we take every rumour into consideration, it seems that the iPhone 14 Pro and 14 Pro Max will be the actual flagship devices from Apple this year, whereas the regular, vanilla models of the iPhone 14, won’t be that exciting.

The latest rumour to support such a hypothesis would be that Samsung Display, the company that manufactures most of Apple’s display panels across their product lineup, has supplied two different kinds of OLED panels for this year’s iPhones.

Samsung Mobiles already separates its phones in this way. The Samsung Galaxy S22 uses an OLED display made using M10 materials, while the Galaxy S22 Plus and S22 Ultra use display panels which have been made using M11 materials.

Besides the different display technologies being used in the display panels, rumours have suggested that the iPhone 14 and iPhone 14 Max will effectively run on the same A15 Bionic chip that powers the iPhone 13, while the iPhone 14 Pro lineup will switch to the newer and much faster A16.

Other reports claim that only the Pro models will sport a revised hole punch notch, with the iPhone 14 and 14 Max making do with the existing chunky version. It’s also claimed that only the Pro handsets will gain a new 48MP camera sensor.

What Is Undervolting a GPU or CPU, and When Should You Do It?