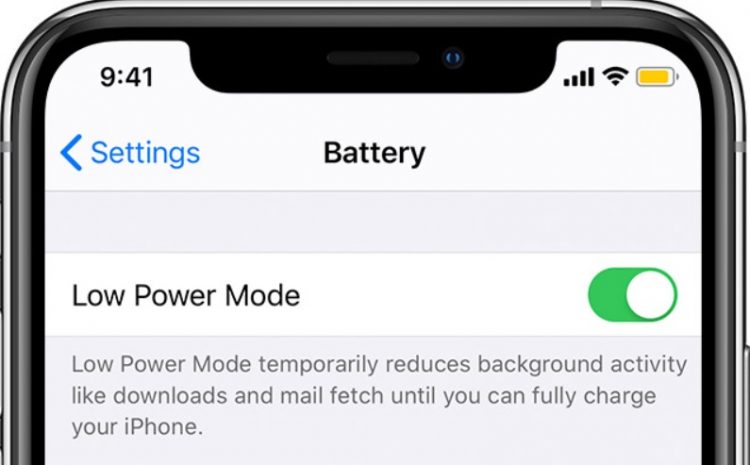 Apple just released iOS 16 beta 5 to developers, with a public version to follow soon to anyone looking to test the new OS. One of the significant changes in iOS 16 beta 5 is a new battery percentage indicator that appears within the battery icon in the status bar. At first glance, it seems like a great idea, a fix for a problem Apple caused years ago. But when you look at it, you might find the new battery percentage annoying and even unusable.

If that’s the case, you should know there’s a way to remove it and go back to the battery percentage experience that preceded iOS 16 beta 5.

The iPhone X notch problem and the initial fix

When Apple unveiled the iPhone X design in 2017, the notch caused immediate concern. The cutout took away a big chunk of the status bar. In turn, Apple could not display as much information as on traditional iPhones. Specifically, it meant there was no place for the battery percentage in the top right corner.

iOS 16 beta 5 provides another fix. The battery percentage appears as a number inside the battery icon.

Low Power Mode reduces the amount of power that your iPhone uses when the battery gets low. Image source: Apple

You can also enable Low Power Mode whenever you need to. Knowing how much of a charge you have left should not matter.

How to remove the battery percentage in iOS 16 beta 5

Moreover, the color combinations that result from the wallpaper you use and the status of the battery might make that number unreadable. The battery icon still “depletes” as the battery percentage goes down. And that will cause readability issues.

Also, when you slide the screen down from the right corner, the battery percentage reverts to the pre-iOS 16 beta 5 behavior. It shows up next to the battery, where you can read it easily.

Thankfully, the feature can be disabled in iOS 16 beta 5 with ease. Head to the Settings app and look for the Battery menu. In there, you’ll have to disable the Battery Percentage option seen in the images above.

You might be thinking that disabling the percentage might lead to another side effect. iOS 16 will stop showing the battery. That’s not the case, however. You can disable the battery percentage as seen above, and still see it when you invoke Control Center.

However, whenever you enable Low Power Mode in iOS 16 beta 5, you’ll also temporarily enable Battery Percentage. And you can’t disable it as long as Low Power Mode stays on. There’s no way around that.

To sign up for Apple’s iOS 16 beta program, head over to this link. To learn more about the iOS 16 beta experience, check out our previous coverage.