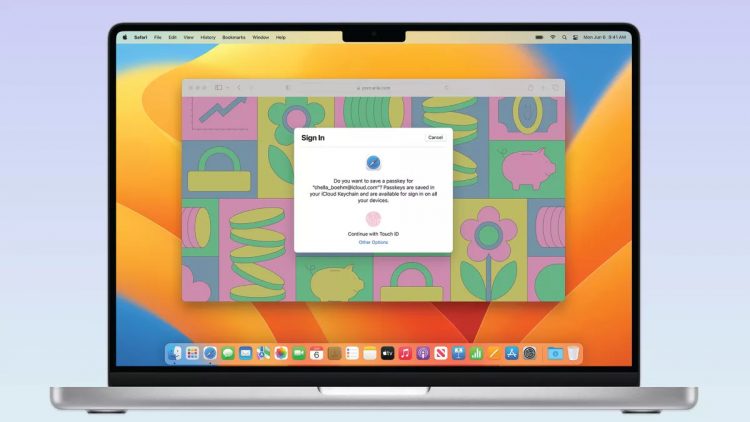 For years, tech companies have been promising to “kill the password” with limited success. More often than not, you’re probably still using passwords to log into your online accounts. That might finally change this fall when Apple introduces passkeys in iOS 16.

How to use passkeys on iOS 16 and macOS Ventura

Here’s the description of passkeys from the iOS 16 preview page on Apple’s website:

Passkeys introduce a new sign-in method that is end-to-end encrypted and safe from phishing and data leaks. This makes passkeys stronger than all common two-factor authentication types. They also work on non-Apple devices.

When using passkeys on an iOS 16, iPadOS 16, or macOS Ventura device, Apple will prompt you to log in with Touch ID or Face ID instead of asking you to type in your password. Apple says that biometric verification is both safer and easier than having us remember countless alphanumeric passwords. With passkeys, you’ll rarely have to type out a password again, as long as you’re using an iPhone, iPad, or Mac.

How to use passkeys on Android and Windows

Even if you aren’t using an Apple device, you can still take advantage of passkeys. If you visit a website that supports passkeys on a Windows PC or an Android device, you can scan a QR code with your iPhone and then log in with Touch ID or Face ID.

Apple has yet to put out a list of supported sites, but according to MacRumors, the following sites already support passkeys, with far more to come in the future:

“People almost always have phones with them,” Darin Adler, VP of internet technologies at Apple, told Tom’s Guide in a recent interview. “Face ID and Touch ID verification give you the convenience and biometrics we can achieve with an iPhone. You don’t have to buy another device, but also you don’t even have to learn a new habit.”

As Apple explains on its website, passkeys are safe from website leaks because your private key never leaves your device. The passkeys are end-to-end encrypted and sync across your Apple devices through iCloud Keychain. Also, passkeys are specific to the site you created them for, which makes it unlikely they will ever be phished.