How to become a cloud architect

by Staff Writer
in How To
Reading Time: 7 mins read 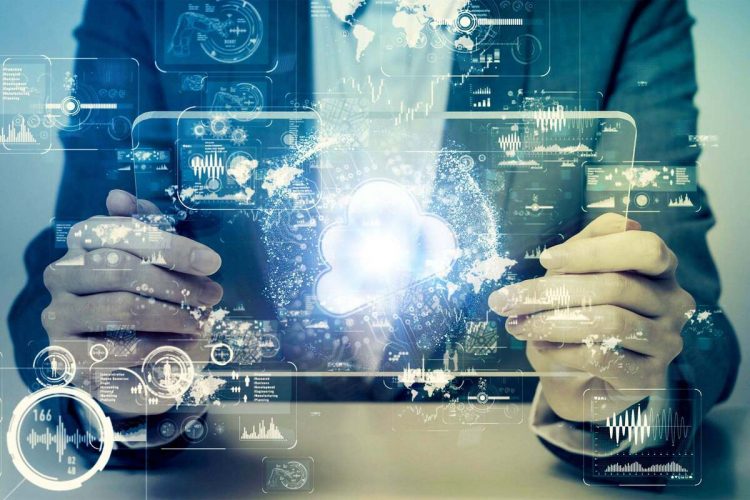 Just as there is a growing demand for cloud services among all kinds of organizations, there’s an increased need for technology professionals with related skills. That includes cloud architects, who develop and oversee the organization’s cloud environment.

Other responsibilities include evaluating the integrity of software, hardware, and cloud applications; creating and organizing cloud systems; developing relevant cloud strategies and managing processes for adapting them; collaborating with IT security professionals to monitor cloud privacy; responding to a range of technical issues in a timely manner; and determining the most effective cloud architecture solutions to meet company needs.

Merritt studied at the engineering school at Johns Hopkins University, earning a Bachelor of Science degree in applied mathematics in 1986. “At the time there was no computer science department; you either needed to study electrical engineering or applied mathematics, and add in subjects like algorithms and data structures to ‘bend’ it toward computer science,” he says.

Applied mathematics was “incredibly hard, because I was competing with math geniuses,” Merritt says. “But I worked hard and came away with an appreciation for the elegance of mathematics. One of my favorite subjects at the intersection of math and computer science was automata theory, which is about formal classes of theoretical machines and how these automata correspond to classes of computer language grammars such as regular expressions.”

A lot of computer language and compiler design is a direct application of this theory, Merritt says. “I found that link between mathematical theory and application fascinating,” he says.

Merritt taught himself to code when he was about 12 years old. “There was a computer terminal with a paper scroll—no screen—in a room in the school and nobody knew how to use it,” he says. “I read the manual and started coding. The first thing I built was a program to calculate and print out a table of bicycle gear ratios.”

He would take a printout of the code into his classes and work secretly, marking up the printout with changes. Then he would run back to the computer room between classes to type them in, run the code, and take the output to his next class to debug it. “No one had any idea what I was doing,” Merritt says.

Following graduation, Merritt went to work as a software engineer at test equipment maker Megatest, where he developed a compiler for a VLSI (very large-scale integration) test language in C/C++. Five years later, he joined communications company Siemens, where he worked on an application for the graphical specification and design of software.

Beginning in 1993, Merritt took on roles for a number of companies in Switzerland, working in positions such as research assistant, software engineer, and Unix engineer, and gaining knowledge and experience in areas including RAID storage systems, industrial vibration analysis systems, and Unix distributions.

For one of those jobs, at UBS Bank, Merritt was on a team that designed UBS’s in-house Unix distribution. “That team was so far ahead of their time and they taught me so much,” he says. “They were doing infrastructure-as-code and devops before the terms existed. This experience was what turned me from developing industrial applications to data center operations and eventually cloud operations.”

From Switzerland, Merritt moved on to the Netherlands, working at four different companies between 1998 and 2008. This included a stint as a Unix architect at a bank, where he managed a large Unix server farm for securities trading applications. He later held a role as CTO for an IT services and consulting firm, where he architected a platform for managing Wi-Fi hotspots and led a team of engineers to develop it.

Following his time in the Netherlands, Merritt returned to Switzerland, where he worked as a security consultant for Sun Microsystems. He also did a two-year stint as an information security specialist at a security company, Engiweb Security, in Italy.

In 2011, Merritt founded a company called Bay31, which developed a cloud-based security analytics platform. He served as CEO and co-architect of the product, then sold Bay31 to Courion Corp. in 2015. Next, he joined Kespry, a drone analytics platform provider, as cloud architect. In that role he developed and managed Kespry’s AWS infrastructure for distributed image processing.

Then, in 2017, Merritt became an independent cloud architect. In this role he helps clients manage AWS cloud projects from design to deployment, optimizing their infrastructures for better performance and lower costs.

“My career has been really nontraditional, since I have had a ton of different jobs,” Merritt says. “I have often worked as a freelancer, and have worked all over the world. I discovered long ago that I most enjoy the challenge of a new job, learning new tech and new domains.”

Being a freelancer enables Merritt to work on a variety of projects. “It also benefits my clients because I have seen so many different environments, organizations, processes, and growing pains and I can put that experience to work for them,” he says. “I also really value the personal flexibility. Some weeks I work more, some less, or sometimes I have an acting gig and focus on that. If I’m in between clients I may take off to travel for a while. I’ve really made a point of cultivating and defending this kind of freedom. I feel really fortunate for that.”

A day in the life of a cloud architect

Merritt has found a niche working with clients that might be startups or smaller or medium-size companies that are growing quickly. He notes that he can relate to their entrepreneurial values from having worked at a number of these kinds of companies himself. “I can switch roles according to what they need in the moment,” he says. “One week I’m coding, the next I’m doing high-level design, and the next may be a go-to-market plan. I thrive on this kind of change, and clients appreciate that I can switch roles as they require.”

“I try to do work on hard problems that require heavy left-brain thinking, like coding or debugging, in the morning,” Merritt says. “Then get out for some physical exercise to clear my head. I try to push meetings, writing, and admin to the afternoon or evening.”

For his current client, Merritt is doing a lot of architectural design work for security, infrastructure, and technology operations, including writing code, testing, and planning. “For some clients, I’m collaborating a lot all day,” he says. For others, “I just show results when I’m done,” he says. “I post milestones regularly, so clients can follow where I’m at with their project. My clients give me a lot of trust, which I really appreciate, and I don’t let them down. I have really high standards for quality, for over-engineering. That’s the engineer in me.”

There’s also a certain amount of work to acquire new clients, he says, but most come through referrals or LinkedIn. Merritt also devotes time regularly to studying new technologies.

In the last few years, “I’ve become particularly interested in container orchestration, such as Kubernetes,” Merritt says. “I see so many cloud environments that are ad-hoc collections of servers, and companies often don’t know what’s running on their own servers. I think Kubernetes is the way forward to manage this complexity for scalable and secure operations.”

Training and certifications: AWS and Kubernetes

Merritt has earned certifications in areas such as AWS Cloud and Kubernetes. “The training is valuable and the certification helps get your foot in the door,” he says. “But you really need project experience to be fluent with any new tech. You just have to get on the project to get it. Honestly, I learn something new on every job.”

“My startup was certainly a memorable experience,” Merritt says. “We had amazing technology, but we were terrible at sales. Three years into it we had writeups in [research firm] Gartner and tech magazines about how cool our technology was, but we were running on fumes to pay our few employees. Around a month before the month before the money ran out—which we kept a secret, of course—a big company called and offered to buy the company. It was so stressful, but it wasn’t a coincidence. because we had set it up to attract that call. I learned that if you venture something and stick to it, the reward will come.”

“In my profession, I learned a lot from the guy that pulled me into my first startup,” Merritt says. “I learned from him what you can achieve with gumption, authenticity, and putting your customers and colleagues first. Ultimately that startup failed, but it was the genesis of the next one, which succeeded. More recently, I am enormously grateful to my girlfriend, my partner, who is an actor and made me realize that I have an artist in me, too. She encouraged me to start painting and acting and I have discovered an enormous well of creativity and expression that I had never tapped into.”

Career advice from a cloud architect

“Keep learning and changing, try out different things,” Merritt says. “Trust that it will lead somewhere amazing that you may not have predicted. Indeed, my whole career has been about continually learning and reinventing myself professionally.”

The business of hype and building Nothing’s ecosystem