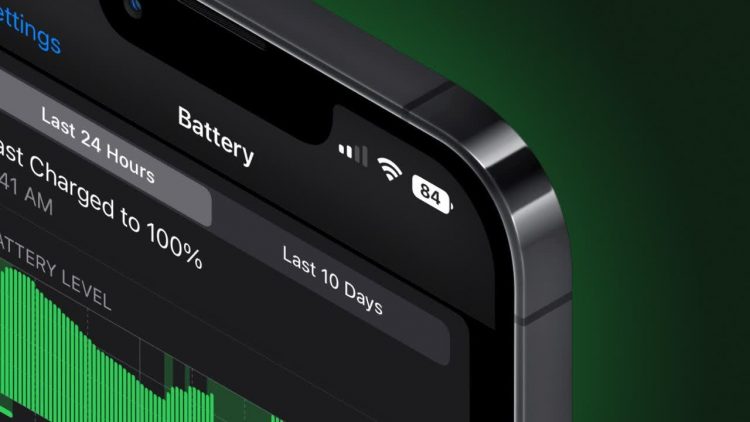 The big picture: Apple’s debut of the notch on 2017’s iPhone X considerably reduced the screen space for items on the status bar. One of the more useful pieces of information available at a glance was the battery percentage indicator that Apple had to hide behind a swipe down for the Control Center. Now, the feature has returned in the latest dev build of iOS 16, albeit with a slightly tweaked implementation.

Apple has brought the battery level indicator back to the status bar of notched iPhones as part of iOS 16 beta 5. As on older models like the iPhone 7 and 8, the returning feature appears as a toggle under Settings > Battery. Interestingly, the option isn’t available on all notched models, with beta testers reporting it missing on the iPhone XR, iPhone 11, and the iPhone 12/13 mini.

For those with newer iPhones (and battery anxiety), Apple’s latest implementation sees just the figure displayed inside an always-filled battery icon. The latter only depletes (and turns red) when the battery level reaches 20 percent, as noted by an iOS developer.

This feature’s absence on the iPhone mini series is understandable, considering that a combination of a smaller screen with the notch would hinder readability. However, the iPhone XR and iPhone 11, despite their larger notches, still appear to have enough screen space to accommodate this feature. Perhaps the culprit on these models is their lower pixel density and lower contrast LCD screens which could have forced Apple to only make this feature available on hi-res, OLED iPhones.

The battery percentage indicator is currently part of the developer-only iOS 16 beta 5, with a more stable, public beta to follow soon. Apple’s official iOS 16 release is scheduled for this fall and will expectedly bring an iPhone 14-exclusive always-on display mode, plus the ability to edit or unsend texts with Apple’s Messages app, among other features.

Apple Watch user says his watch blew up, posts video of the aftermath

Google significantly improves its password manager for Chrome on PC, Android, and iOS