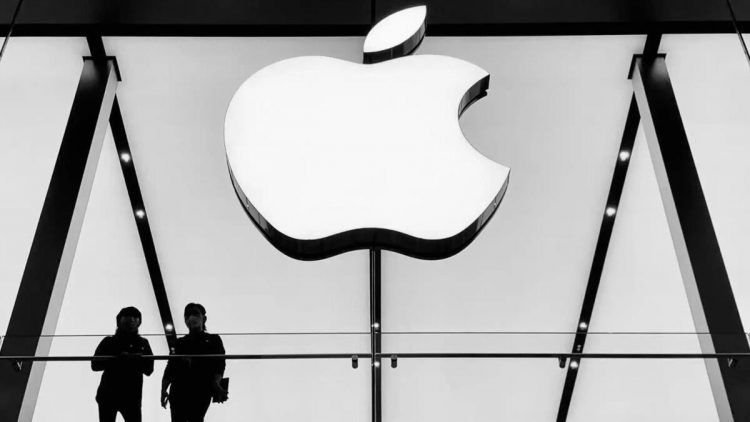 The company announced record revenue of $83 billion for the period, up 2% year over year. Quarterly earnings per diluted share hit $1.20, at the high end of analysts’ consensus of $82.81 billion.

Moving forward, Apple remains on track to keep spending money, even as the global economy may be slowing. “We believe in investing through the downturn,” said Apple CEO Tim Cook. “But we are being more deliberate in doing so in recognition of the environment.”
He stressed that while recruitment may decelerate, the company continues to grow.

Apple is becoming a services company

Ahead of the announcement, Constellation Research analyst Ray Wang told me: “All eyes on Apples’ services revenues. It’s not about more iPhones being sold, but it’s about how much revenue Apple can make per user.”

That’s an important consideration, given we all anticipate demand for products to decelerate as economic headwinds remain. Just how well is Apple monetizing its existing customers? The data suggests pretty well.

Services had a June quarter revenue record of $19.6 billion, up 12% — even as product-related revenue fell just under $600 million year on year. It is interesting that the cost of services sales ($5.5 billion on $19.6 billion net sales) means the segment now contributes more revenue per dollar than Apple’s hardware now provides.

“The record level of performance of our services portfolio during the June quarter reflects the strength of our ecosystem on many fronts,” said CFO Luca Maestri, speaking to analysts after the earnings were announced. “First, our installed base has continued to grow, reaching an all-time high across each geographic segment and major product category,” he said. “We also saw increased customer engagement with our services during the quarter.”

I think most Apple watchers should also consider the company’s revelation that it now has more than 860 million paid subscriptions across the services on its platforms, up over 160 million during the last 12 months. There’s clearly upside to what Apple is doing.

Speaking before Apple’s announcement, Forrester Research analyst Julie Ask pointed to some of the advantages Apple enjoys when pushing services to its users. She shared data that shows 18% of Apple owners only own the company’s products and are very likely to have high household incomes, providing an additional bulwark against churn.

Cook also said the company remains willing to make strategic investments in other firms that may benefit its business.

What about the iPhone?

Apple doesn’t break out sales numbers for its iconic iPhone anymore, but did claim the iPhone active install base reached a new all-time high across all geographies. “We set a June quarter record for both revenue and switchers to iPhone,” said Cook.

Later, during the financial call with analysts, he admitted iPhone sales didn’t seem to have been affected by the wider economic situation: “On iPhone, there was no obvious evidence of macroeconomic impact during the June quarter,” Cook said.

Looking ahead, the CEO seemed struck an optimistic note. “5G has been an accelerant,” he said. “5G penetration is — particularly if you look at it globally — is still quite low. In some geographies, it’s obviously higher, but around the world penetration is still low. So, I think there’s reason to be optimistic.”

Cook confirmed continued supply constraints for iPads and Macs, but suggested that while deliveries may be delayed, interest in both products stays strong.

Apple’s Mac business generated $7.4 billion despite supply constraints and negative effects, the company said. “We continue to be excited about our long-term opportunity with Mac and redefining the PC experience with our relentless innovation,” Maestri said. “Our investment focus on Mac has helped drive significant growth in our installed base, which reached an all-time high during the June quarter. Nearly half of the customers purchasing a Mac were new to the product.”

The company maintained that customer response remains strong, and said the iPad installed base hit a new all-time high, with more than half of customers purchasing one of the Apple tablets being new to the tablet.

What about Apple Watch?

Apple hit $8.1 billion in the wearables, home, and accessories segmen — down 7.9%. Cook confessed this category seemed to be more affected by wider macro-economic challenges than the rest of the company’s business.

There was a little good news, however. “Apple Watch continues to extend its reach, with over two thirds of customers purchasing an Apple Watch during the quarter being new to the product,” said Maestri.

“This quarter’s record results speak to Apple’s constant efforts to innovate, to advance new possibilities, and to enrich the lives of our customers,” said Cook offered up in a statement. “As always, we are leading with our values, and expressing them in everything we build, from new features that are designed to protect user privacy and security, to tools that will enhance accessibility, part of our longstanding commitment to create products for everyone.”

“Our June quarter results continued to demonstrate our ability to manage our business effectively despite the challenging operating environment,” said Luca Maestri, Apple’s CFO. “During the quarter, we generated nearly $23 billion in operating cash flow, returned over $28 billion to our shareholders, and continued to invest in our long-term growth plans.”

Random highlights from the quarter…

The company announced a cash dividend of 23 cents per share, and declined to provide revenue guidance for the next quarter, citing the big challenges — COVID-19, supply chain challenges, inflation, and war — everyone faces right now. Assuming no additional challenges emerge, Cook anticipates revenue growth will “accelerate in the September quarter, despite seeing some pockets of softness.”

The company did warn that the rate of services revenue growth may slow down across the next quarter.

Please follow me on Twitter, or join me in the AppleHolic’s bar & grill and Apple Discussions groups on MeWe.

A super-useful Google Search hack just got a smart update