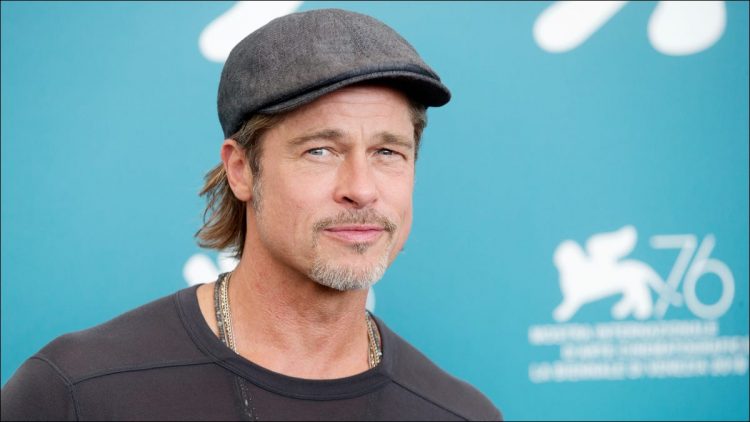 Over the course of a career spanning more than three decades, Brad Pitt has evolved from a heartthrob into a respected Oscar winner, all while maintaining his movie-star charisma. Here are the best Brad Pitt movies to stream online.

RELATED: The 10 Best Movies on Amazon Prime Video in 2022

The Assassination of Jesse James by the Coward Robert Ford

Andrew Dominik’s contemplative Western was a box-office failure on its initial release, despite critical acclaim and two Oscar nominations. It’s since been re-evaluated as a brilliant work of art, with Pitt at the center, playing legendary outlaw Jesse James. Although the title refers to James’ death, the movie is more about the complex relationship between James and Robert Ford (Casey Affleck), the man who killed James and then spent the rest of his life in guilt and regret.

The Assassination of Jesse James by the Coward Robert Ford is streaming for free via local libraries on Hoopla and available for digital purchase ($4.99+) and rental ($2.99+) from Amazon, iTunes, Google Play, Vudu, and other digital outlets.

Pitt shows off his comedic skills in this absurdist comedy from the Coen brothers. He plays Chad, one of two dim-witted personal trainers who discover a disc that they believe contains CIA secrets. The efforts of Chad and his co-worker Linda (Frances McDormand) to blackmail a CIA agent (John Malkovich) spiral out of control in hilarious and often violent ways. Pitt lampoons his own pretty-boy image while delivering one of his funniest performances in one of the Coens’ funniest movies.

Burn After Reading is available for digital purchase ($9.99+) and rental ($3.99) from Amazon, iTunes, Google Play, Vudu, and other digital outlets.

David Fincher’s adaptation of Chuck Palahniuk’s novel became a generational touchstone, for better or worse, with a biting satirical tone that’s lost on some viewers. Pitt plays the nihilistic, reckless Tyler Durden, who befriends the nameless main character (Edward Norton) and shows him how to reject societal expectations, via underground brawls. Pitt brings every ounce of his charisma to the menacing Tyler, a mesmerizing villain who is the literal embodiment of toxic masculinity.

Fight Club is available for digital purchase ($14.99) and rental ($3.99) from Amazon, iTunes, Google Play, Vudu, and other digital outlets.

Interview With the Vampire

Tom Cruise has the showier role in this adaptation of Anne Rice’s bestselling novel, but Pitt anchors the movie as melancholy vampire Louis de Pointe du Lac. Louis is the vampire giving the interview, narrating his life across multiple centuries as he bonds and feuds with Cruise’s Lestat. Rice portrays vampires as beautiful and tragic, and Pitt captures both aspects as the brooding, impeccably dressed Louis. More a historical epic than a horror movie, director Neil Jordan’s film is a lavish and sensual experience.

Interview With the Vampire is streaming for free via local libraries on Hoopla.

RELATED: The 10 Best Horror Movies to Stream for Free in 2022

It’s no surprise that Pitt and Angelina Jolie ended up together after starring in this sexy, silly action comedy. They play a suburban married couple whose relationship has grown stale and routine, until they discover that they are both actually professional assassins working for competing organizations, and they’ve been assigned to kill each other. Pitt and Jolie balance exciting action with witty repartee while always looking gorgeous, and their sizzling chemistry carries the movie.

This unconventional sports drama makes a series of phone calls into a scene as tense as the ninth-inning tie-breaker in a baseball game. Pitt plays real-life Oakland A’s general manager Billy Beane, whose focus on statistics as a strategy for building his team brought a revolution to baseball. A movie about guys in offices looking over spreadsheets becomes a thrilling underdog sports saga, thanks to the charms of Pitt and co-star Jonah Hill as the wonks who proved that math can be the key to winning baseball games.

Pitt and George Clooney make for an all-time great onscreen pair as the leaders of a team of thieves in Steven Soderbergh’s Las Vegas-set heist movie. The all-star cast includes Julia Roberts, Matt Damon, Don Cheadle, Casey Affleck, and more, all projecting effortless cool in glamorous surroundings. Soderbergh presents the complex heist plot with so much style that viewers will be grateful to be bamboozled. It’s also the best example of Pitt’s penchant for playing characters who are always eating.

Once Upon a Time in Hollywood

Pitt won an Oscar for his supporting role as aging stuntman Cliff Booth in Quentin Tarantino’s ode to the fading days of classic Hollywood. Cliff has spent most of his career doubling for actor Rick Dalton (Leonardo DiCaprio), who’s also struggling to stay relevant in a changing industry. Tarantino masterfully captures the vibe of late 1960s Southern California, intersecting Cliff and Rick’s lives with the looming horrors of the Manson family murders.

Once Upon a Time in Hollywood is available for digital purchase ($13.99+) and rental ($2.99+) from Amazon, iTunes, Google Play, Vudu, and other digital outlets.

RELATED: The 10 Best Action Movies to Stream for Free in 2022

Pitt’s breakout role is a small but crucial element of Ridley Scott’s women-on-the-run thriller. Geena Davis and Susan Sarandon play the title characters, friends who take a road trip to get away from Thelma’s controlling husband. Their freewheeling vacation takes a dangerous turn when Louise shoots a would-be rapist. Running from the cops, they encounter Pitt’s handsome rogue J.D., whose steamy love scene with Thelma helped launch Pitt’s image as a smoldering sex symbol.

Pitt’s first Oscar nomination came for his role in Terry Gilliam’s twisted sci-fi movie, starring Bruce Willis as a time traveler determined to stop a deadly plague. Pitt plays the unhinged leader of an organization suspected of unleashing that plague, providing a manic counterpoint to Willis’ grim intensity. Gilliam approaches the dark apocalyptic story with his typical playfulness, and Pitt follows Gilliam’s lead, making his character into a gleeful agent of chaos.

How to Move a Window to Another Monitor on Windows 10

Nothing Phone 1 will come with a display that supports 120Hz refresh rate, set to launch next week- Technology News, Firstpost