What I Want in the iPhone 14: New Design Tweaks, USB-C and MorI

The iPhone 13 and 13 Pro sit among the best phones you can buy in 2022, thanks to the lineup’s superb all-around performance and camera skills. But, Apple could be bumping up the specs and maybe changing up the iPhone’s look later this year. Rumor has it that Apple’s iPhone 14 and iPhone 14 Pro are on their way with a few possible design and camera updates (maybe even an upgraded selfie camera).

Although Apple’s next iPhone almost certainly won’t debut until this fall (here’s everything you should know about its rumored release date, price and new design), I thought it was worth getting my wish list in early to give Apple the time it needs to put all of my ideas into action. Because that’s how it works, right?

In no particular order then, here are my top hopes for the iPhone 14.

No notch on the iPhone 14

The notch. It has to go. Yes, it’s served its purpose, housing as it does the front-facing camera and the various scanners to let you unlock your phone just by looking at it. And while the notch did get slightly smaller on the iPhone 13, it’s still a big chunk of screen that’s cut away. So it’s time for a better solution that lets that screen really shine.

Perhaps Apple could perfect under-display cameras that are there but essentially invisible. We’ve seen that already on phones from ZTE and Vivo, but the technology is far from perfect. Then there are the weird pop-up selfie cameras seen on some Oppo phones that spring up from the top edge, keeping the display unbroken. 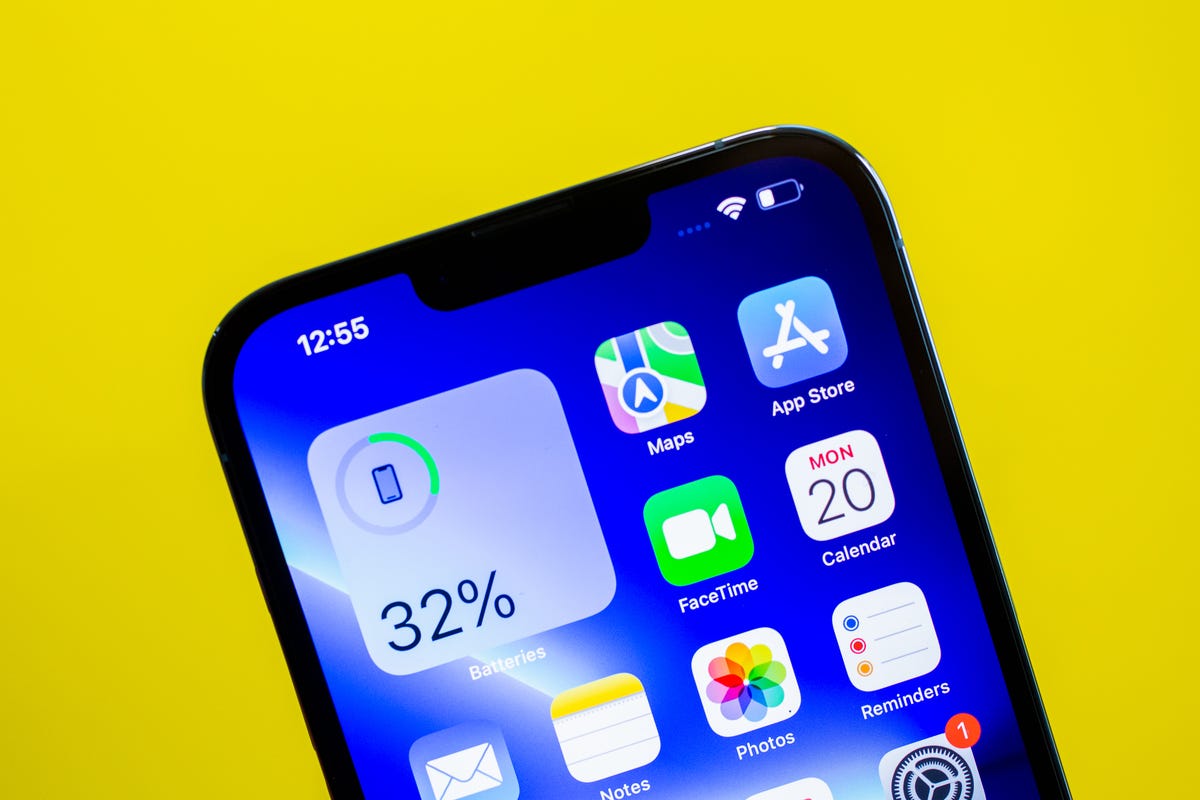 The notch has outstayed its welcome.

I’d even compromise with a simple punch-hole solution, filling the front with the display but just popping a couple of small, less obtrusive holes for the cameras to peep through.

Read more: iPhone 14 Might Kill the Notch, but Only for the Pro

Speaking of things hidden in the screen, let’s pop a fingerprint scanner under there too. Apple’s Face ID works well for the most part, or at least it did before the pandemic hit. Wearing masks in public is a much more common occurrence than it was prior to the pandemic, and before the release of iOS 15.4 in March, face unlock simply didn’t work without also pairing up with an Apple Watch. Although you can now unlock your iPhone while wearing a mask thanks to the iOS update, I think Apple should still bring back fingerprint scanning. 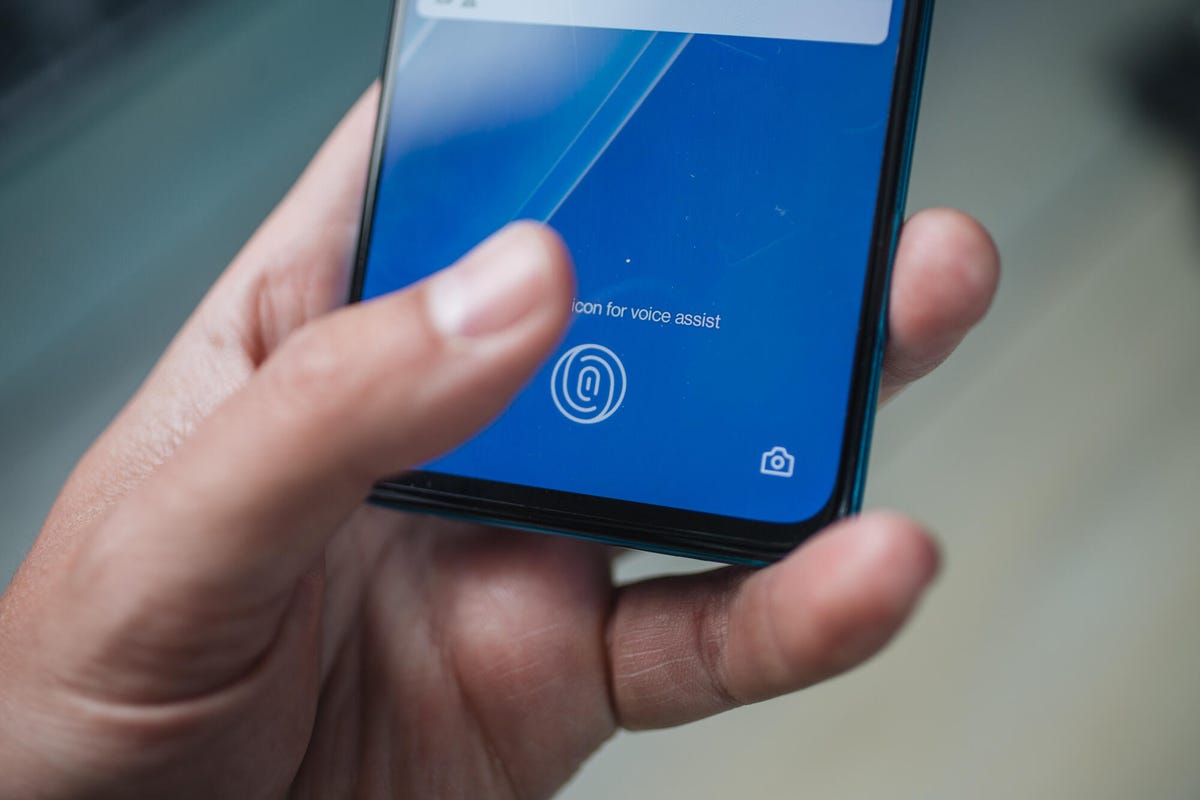 Even on the affordable OnePlus Nord CE you’ll find a fingerprint scanner hidden beneath the display.

In-screen scanning technology is common now, with affordable phones from OnePlus invisibly hiding scanners into the display of their phones and I find that they work pretty much as well as physical scanners that were once on the back or side of the phone. It’s not a step backward to put this technology in — it would simply be acknowledging that maybe the world needs a different solution to what we had before — which can be said of so many things.

A bigger zoom and larger sensor for iPhone 14’s camera

The iPhone 13 Pro camera is superb, taking beautiful images in the daylight and capturing bright, sharp shots in the middle of the night. It’s one of the best cameras you can find on a phone, but I’m a photographer, so naturally I’m going to demand more.

The main thing I want here is a bigger zoom. Yes, Apple upped the zoom level to 3x with the iPhone 13 Pro, but that still pales against the Samsung Galaxy S22 Ultra‘s whopping 10x zoom. Zoom lenses are superb tools for finding interesting compositions in your environment, for getting up close on those details that would simply be lost if you took your shot with a wide angle lens. Even the 4x zoom on Google’s new Pixel 6 Pro was enough of a jump to allow for more telephoto-style images. 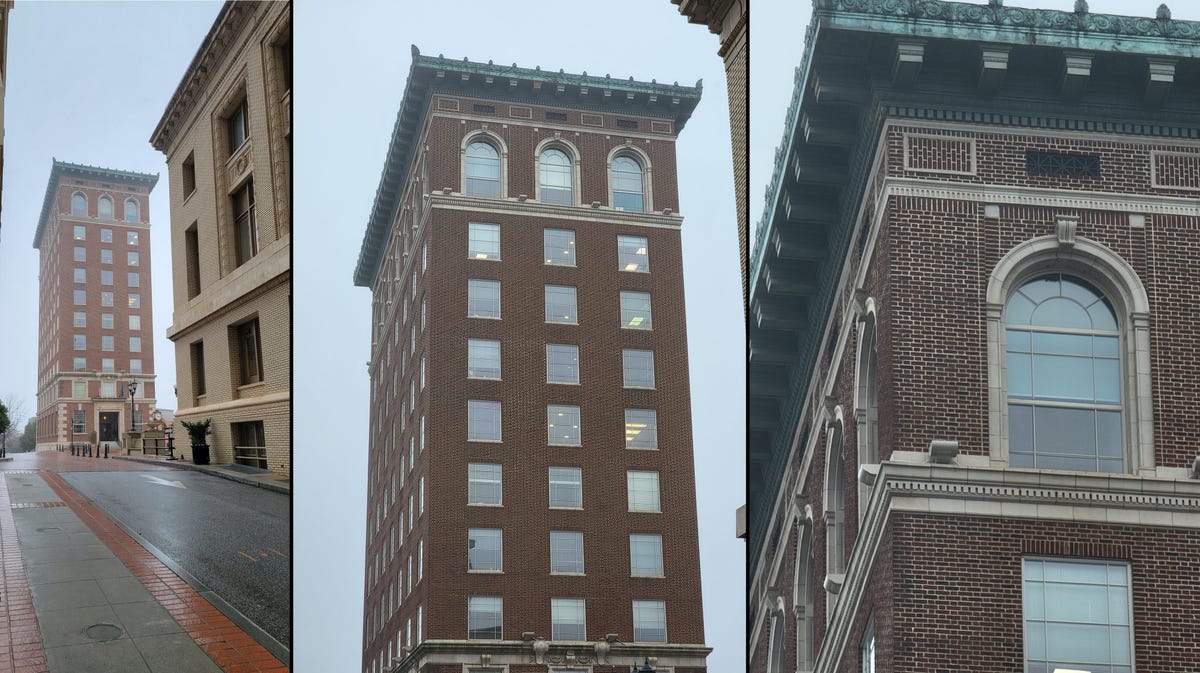 Captured with the Samsung Galaxy S21 Ultra, which also has a 10x zoom, it’s clear to see how much benefit there can be from having a longer zoom option.

But while we’re on the camera, I’m always keen to see overall improvements in quality. So let’s also slap an even bigger image sensor in there — maybe a 1-inch size as we’ve seen on Sony’s recent Xperia Pro I, or hell, let’s go APS-C or full frame, if we’re dreaming. The bigger the sensor, the better the overall image quality and with each generation of camera upgrade we’ve had, the less I need to take my camera out with me.

Maybe with the iPhone 14 I can just sell my DSLR and shoot solely on my phone. 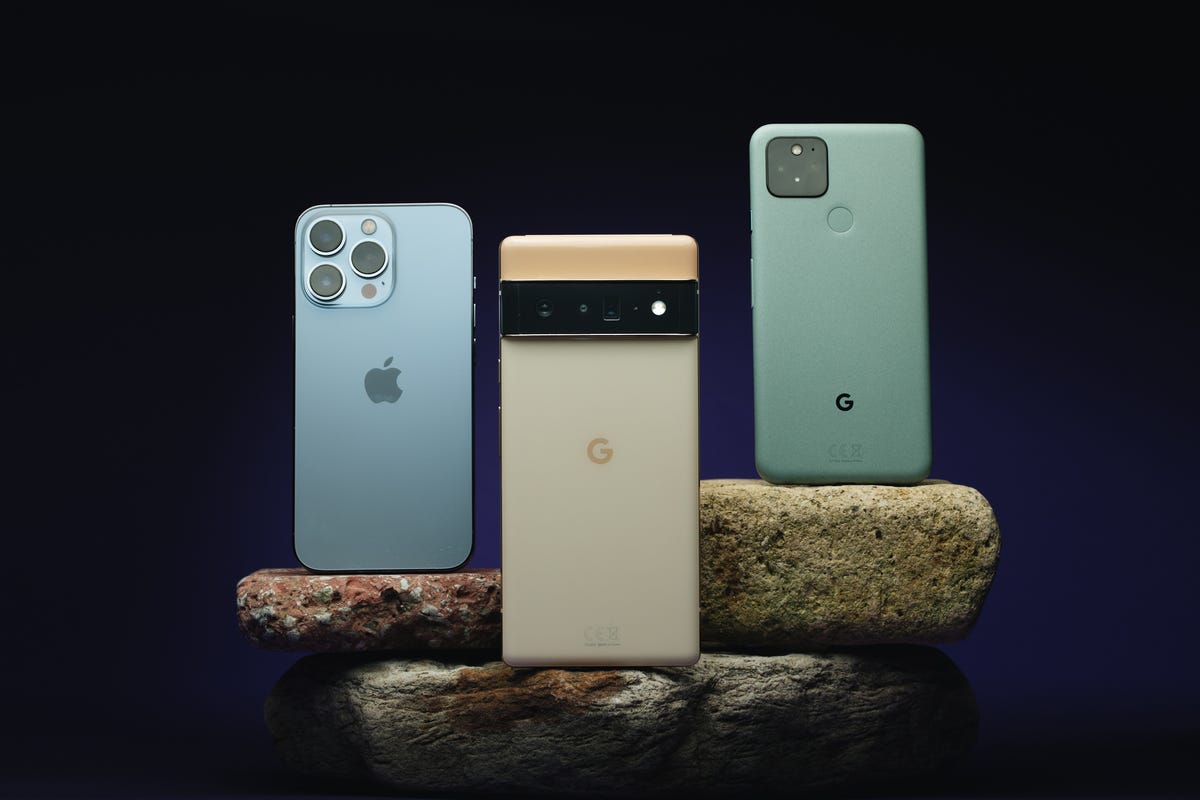 The iPhone is the only one out of these three that doesn’t use USB-C.

Apple has adopted USB-C for almost all of its products now from the iPads to the MacBooks to the AirPods. The iPhone still uses Apple’s legacy Lightning port, which makes it the only device on my desk I need to find a different cable for when I want to charge it. All my Android review phones, my tablets and even my mouse and keyboard plug into my USB-C power cables and the iPhone feels somewhat outdated as a result.

But Apple has always had its own ways of charging. When everyone else was using Micro-USB, Apple had that massive 32-pin connector first seen on the iPod and that was a pain, too. So expecting Apple to step in line with the rest of the industry feels about as likely as asking giraffes to maybe try having shorter necks like the rest of us, OK? You too, swans. Donkeys, you’re fine, you’ve got enough going on.

But what I don’t want is for Apple to remove the port entirely, which was rumored when it launched MagSafe charging. Because then, I still need a dedicated charging cable. Plus MagSafe charges slower than the Lightning cable and doesn’t currently support data transfer. You see, it wouldn’t work. So USB-C it is. Thanks. In the meantime, at least I can make use of any USB-C to Lightning cable to get at least half of the convenience I’m looking for. 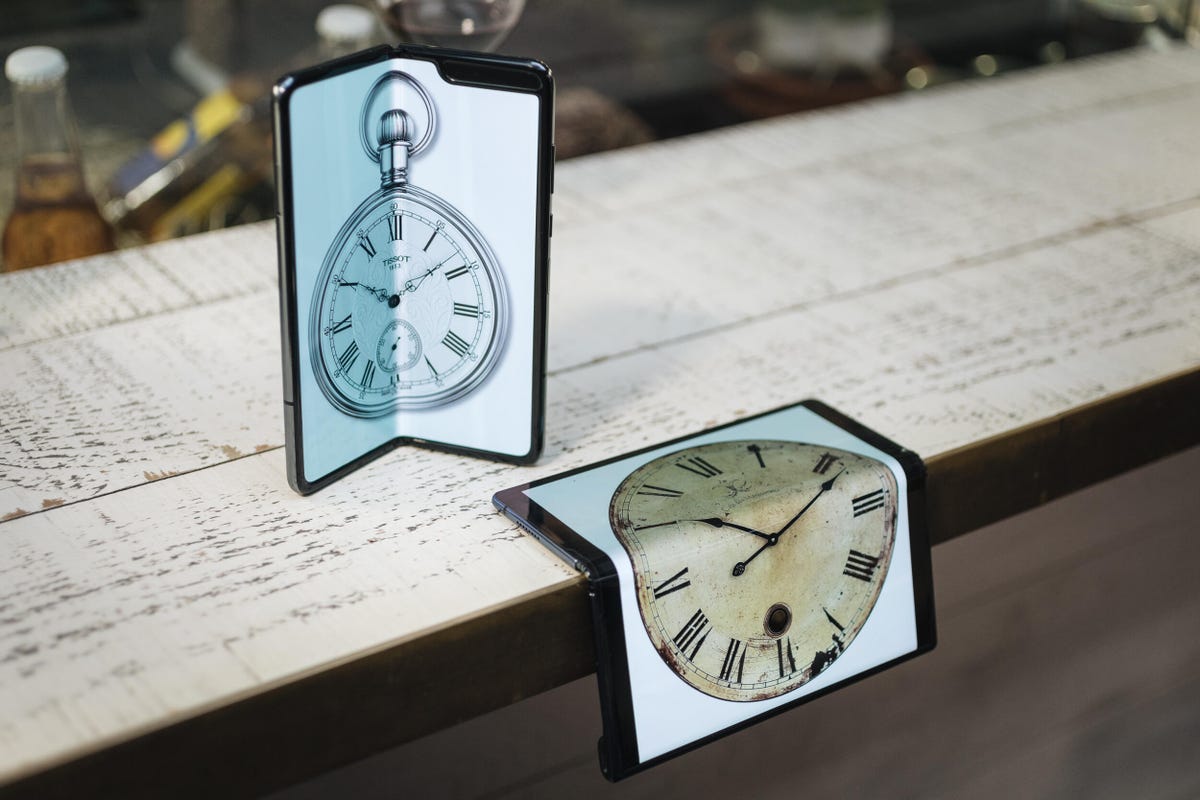 Foldable phones are great for making a big screen fit into a smaller body.

Foldable phones have been the biggest physical design revolution we’ve seen in phones since basically the advent of the smartphone. But they’ve not really caught on — possibly because of their high prices but also possibly because they just don’t really offer a compelling reason to make use of that fold.

But Apple has a decent track record of taking an existing innovation and actually finding a way to make it work well enough to have an impact in our lives. Apple didn’t invent tablets, but the iPad was the first one that really showed how useful they can be, and now it’s basically the only tablet that matters. And I like foldable phones. They’re fun and they allow a big screen that’s great for videos and photo editing to fold in half and be much more pocket friendly.

So I’d love to see Apple’s take on this genre of device and see what its team would do with a product that’s halfway between an iPhone and an iPad. Maybe not as the only phone it launches, but maybe as an additional one, called the iPhone 14 Fold that sits above the iPhone 14 Pro. And while there are only a few foldable iPhone rumors to suggest that this will ever be a real thing, I’d put good money on a working Apple folding phone concept sitting somewhere right now deep down in its research labs on that spaceship campus. 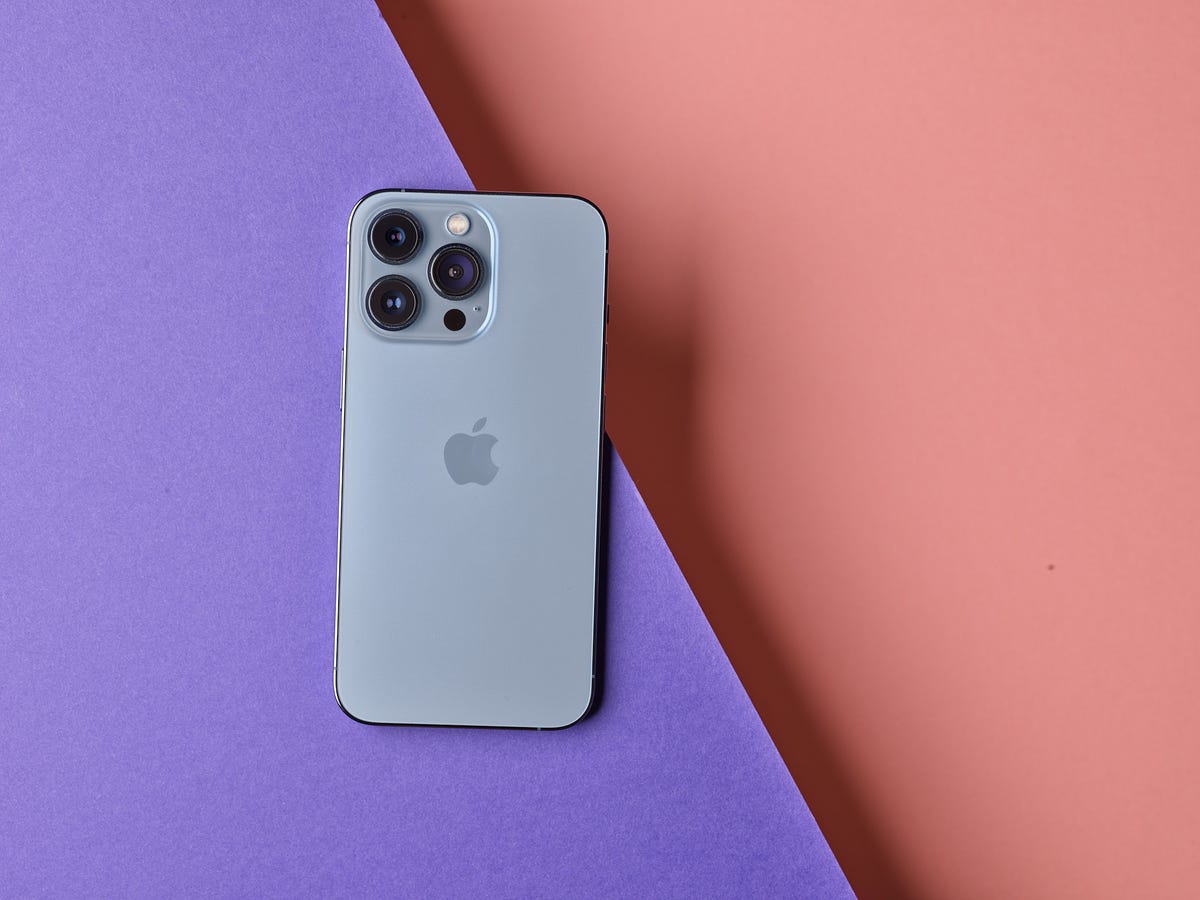 The iPhone 13 Pro is one of the top phones you can buy right now.

But those are my top five things I’d like to see from the iPhone 14. Some of them are more credible than others but who knows what the rumors will point to over the coming months.

For more, check out all the iPhone 14 rumors we’ve heard so far including its release date and price. You can also take a look at the best features in iOS 15.5. Plus, we break down the best iPhones you can buy right now.

Does Your Smartphone Really Need a Screen Protector?