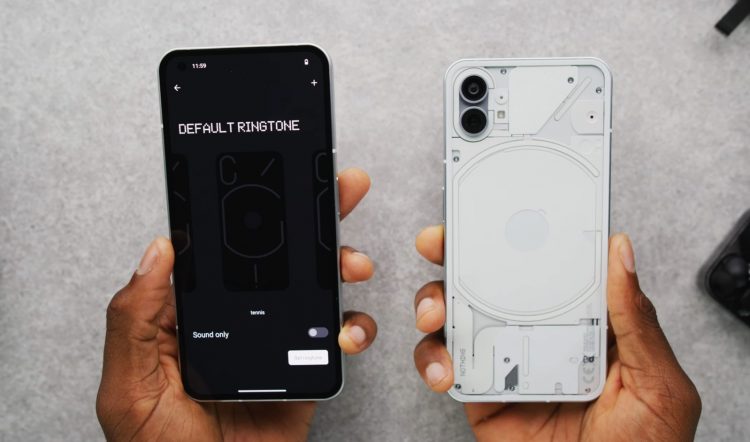 The Nothing Phone (1) is one of the most anticipated Android phones of the summer. It’s also a device that we’ve only seen in teaser photos and videos. The startup plans to launch the Phone (1) on July 12th, but it’s already hosted a soft launch event for the phone’s rear panel. And now, Nothing has confirmed one of the rumors that has been going around recently: The Phone (1) will use Qualcomm’s Snapdragon 778G+ mid-range processor.

The reason why a mid-range chip is disappointing is quite simple. Nothing has been hyping up the device, generating plenty of buzz around the handset. The implication seemed to be that the Phone (1) would be a flagship Android device. It would challenge the iPhone and the top Android flagships, much like OnePlus did in the past.

Not to mention that it looks like an iPhone 12.

But Carl Pei, the Nothing co-founder who was behind OnePlus’s meteoric rise, can’t pull the same trick again. The Phone (1) can’t get the same “flagship killer” marketing campaign as the early OnePlus phones.

And it turns out that Nothing isn’t looking to “kill” any flagships with the Phone (1). The Snapdragon 778G+ can’t help with that.

What the mid-range System-on-Chip (SoC) can do for Nothing is to reduce the Phone (1)’s entry price. And rumors already claim the handset will sell for under $500, a price that lets it compete against the iPhone SE, Pixel 6a, and Galaxy A53.

The company is yet to confirm the Phone (1)’s price, but Pei did say that the phone runs on Qualcomm’s Snapdragon 778G+ SoC. It will not be the standard chip that other handsets might use. Pei told Input that the Phone (1) processor has a few additional tricks.

Nothing went with this chip because of performance, power consumption, and cost concerns. Pei told the blog that phones had reached a point of good enough performance for most tasks. Moreover, more powerful chips have diminishing returns.

Real-time tests and reviews will show exactly how powerful and energy-efficient the Nothing Phone (1). Put differently, the Snapdragon 778G+ confirmation explains why Nothing chose the transparent back as the Phone (1)’s primary marketing weapon.

Musk’s Attempt To Get Out Of The Twitter Deal Proceeding Exactly As Predicted; What Happens Next?