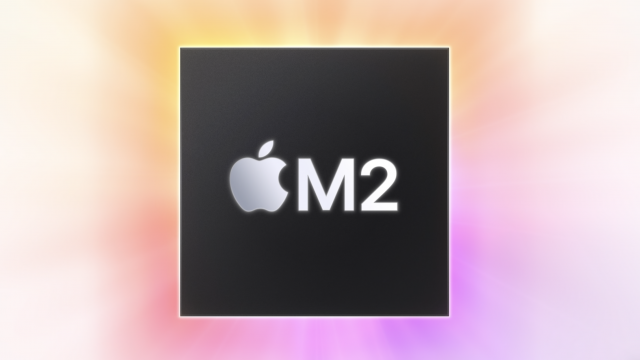 Apple announced its upgraded M2 SoC at WWDC recently, and the first laptop to use it is the 13″ MacBook Pro. The laptop became available to testers a few days ago, allowing content creators to put it through its paces. This week YouTuber MaxTech compared the new 13″ M2 Pro to the older M1-based Pro with the M1 Pro SoC. In the tests, the newer M2-based Pro’s cooling performance, or lack thereof, is shockingly bad. He found when exporting 8K Canon RAW footage the M2 model hit 108C and experienced severe thermal throttling. This stands in stark contrast to the 14″ M1 MacBook Pro, which never throttled in the same test.

The video released by MaxTech features side-by-side comparisons of both notebooks; the 13″ MacBook Pro with M2 and the 14″ model with the M1 Pro. One of the major differences in the two laptops is the cooling system. The M2 model has only a single fan inside its 13″ chassis. The 14″ model with the Pro chip has two fans. It’s possible Apple determined a second fan was necessary due to the “Pro” designation of the SoC. However, as MaxTech discovered, that second fan is also needed in the M2 model. As noted above, he saw it hit outrageous temps under sustained load. He wrote on Twitter the temps were the highest he’d ever seen on a Mac. Adding insult to injury, he said that includes Intel-based Macs. The high temps were achieved exporting 8K Canon RAW footage, which is as stressful as you can get for an SoC. That’s because it stressed both the CPU and GPU to the limit throughout the export. What’s surprising is the MacBook hit those temps while the single fan was spinning at its 7,200rpm peak. This means that since the fan was doing all it could do to keep temps in-check, there was only one way for the system to lower temps more: thermal throttle itself. This is when clock speeds are lowered to reduce temperatures. This reduces performance, but prevents a chip from overheating and damaging itself. The way it did this was to instantly drop the P-core clocks from 3,200MHz to 1,894MHz. The E-cores went from 2,228MHz to 1,444Mhz. The GPU also dropped from 1,393 MHz to just 289Mhz. This resulted in a drastic reduction in power consumption. The entire package went from sucking down 29.46W to just 7.31W. This allowed the M2 chip to drop all the way down to 84C for a bit, before making the climb back up to over 100C. The YouTuber said this cycle repeated itself over and over until the export finished. This back-and-forth throttling lead to reduced performance, and it was crushed in the test by the M1 Pro laptop. The M2 took almost 20 minutes to finish the export, with the M1 Pro taking a smidge over 11 minutes. The dual-fan M1 Pro model also never throttled in the test either.

Since the M1 Pro is not directly comparable to the M2, he also tested the M1-based 13″ MacBook Pro. That’s the model the new M2-based machine is replacing, so it’s apples-to-apples. In the same export test, he says the M1 model maxed out at 94C. However, he says the CPU wasn’t running at 100 percent the entire time, but the GPU was. The M1 model also never throttled. This seems to indicate something changed with the M2 model, either in the fan curve, thermal paste used, or something else.

For now, we will have to wait and see what other reviewers have to say about this matter. Though MaxTech’s tests seem straightforward, it’s always informative to get confirmation from multiple sources before declaring something as “buggered.” However, this comes in the wake of multiple reports confirming Apple severely limited SSD performance in the 13″ M2 model. Apple went with a single 256GB NAND chip in the base model. The M1 version used two chips to hit the same capacity. The result is a drastically slower SSD, at least compared to the M1 model. Higher capacity SSDs on the M2 do not suffer this fate, so it is seemingly due to the single chip versus using two. The M2 model of the MacBook Pro has just a single SSD, with an empty pad next to it that was populated on the M1 model. (Image: MaxTech on YouTube)

Overall, it makes the 13″ M2 MacBook Pro seem like a flawed laptop. We’re curious to see what other reviewers have to say about its thermals in the coming days. This revelation has people expressing doubts about the upcoming M2-based MacBook Air, which is fan-less. However, that model is not designed for exporting 8K footage, so it will probably fare better in the cooling department. Still, it’s not a good look for Apple’s newest SoC, especially since its M1 line was so successful.

Engage XR partners with Lenovo to launch its enterprise metaverse