While mobile games have been around for years, new streaming and cloud gaming services such as Xbox Game Pass Ultimate, Google Stadia, and more are allowing users to play console-quality games on their mobile devices. Many of these games require or benefit from a controller. Some wireless controllers wirelessly connect to your mobile device but are not attached to it. Others hold your device above it. Gamevice designed a series of controllers that wrap around your smartphone or iPad and directly plug into them, creating a better gaming experience.

What Are Gamevice Mobile Game Controllers?

Gamevice are video game controllers specifically designed for smartphones and iPads. The left and right sides of the controller are connected by an expandable strap. The mobile device is held along the strap between the two controller sides. The Gamevice connects to an iPhone or iPad via a lightning jack built into the right side, or a USB-C jack for Android phones, and does not require any batteries of its own to operate. Not only can you play games from the App Store, but you can also use it with Xbox Game Pass Ultimate for cloud gaming as well as for PlayStation remote play and Google Stadia. Gamevice controllers are currently available directly from the Gamevice store on Amazon for the suggested retail price of $59.95 for Android, $79.95 for iPhone, and $99.95 for iPad. The iPhone controller is compatible with iPhones 6, 7, 8, X, 11, 12, and 13. The Android controller is compatible with Samsung Galaxy S8, S8+, S9, S9+, S10, S10+, S20, S20+, S21, S21+, S21 Ultra, S22, S22+, S22 Ultra, Samsung Galaxy Note 8, Note 9, Note 10, Note 10+, Note 20, Note 20 Ultra, Google Pixel 2, 2 XL, 3, 3XL, 4, 4XL, 5, and 5a. The iPad controller is compatible with iPad (5th through 9th Generation), iPad Pro 10.5-inch, iPad Pro 9.7-inch, iPad Air 3, and iPad Air 2.

The iPhone controller is very similar to the Android controller. Image courtesy of Gamevice.

The Gamevice controllers come with the following:

The free Gamevice Live app can be downloaded from the App Store and is used with the controller to connect to and play games.

Here are some of the features of Gamevice controllers. 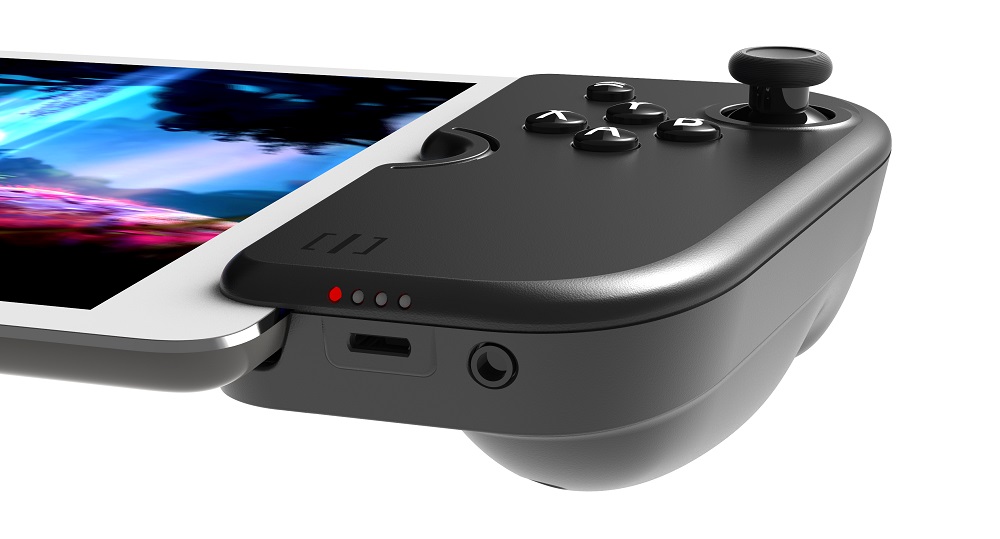 The iPad controller not only has a pass-through port for power but also a 3.5 mm audio jack. Image courtesy of Gamevice.

How to Use the Gamevice Mobile Game Controllers

The iPad controller without an iPad connected. Image courtesy of Gamevice.

Within the app, you can access games as well as tips on how to use the Gamevice controller to connect to services such as Game Pass Ultimate, PlayStation remote play, Google Stadia, and Apple Arcade. These services may require a subscription. The 3.5mm headphone jack built into the iPad controller can be used for headsets with or without a microphone. If your device needs to charge while using the Gamevice controller, then plug a cord into the jack in the controller and connect it to a power source. 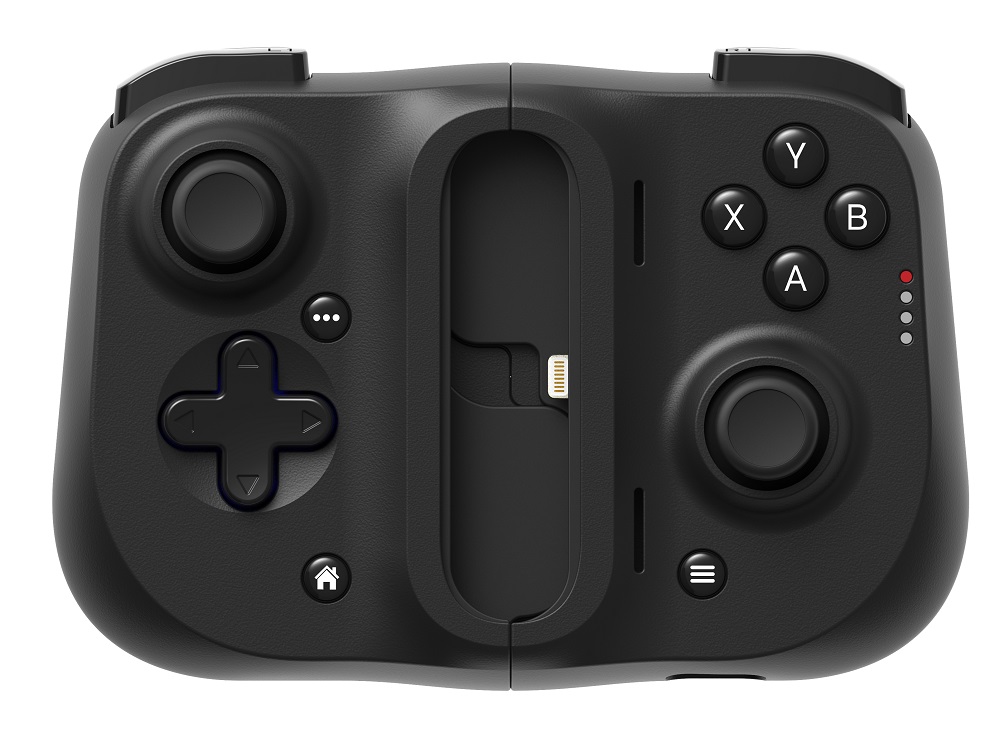 The controller for the iPhone and Android compacts down to a smaller size for taking it with you. Image courtesy of Gamevice.

Why You Should Get a Gamevice Mobile Game Controller

A Gamevice controller is a great way to turn your mobile device into a portable gaming system, especially with so many games available for cloud gaming or remote play. The Gamevice controllers for iPhone and Android are not much larger than a typical smartphone, so they are easy to take with you. The nice thing is that they are all you need—just the controller. No cables or batteries or plugs. The iPad controller is larger, but the flexible strap allows it to be loosely folded and it will fit easily into a backpack for playing on the go.

I already had a subscription to Xbox Game Pass Ultimate but did not really like playing games on my iPad or iPhone without a controller. Therefore, I really wanted to try out the Gamevice controllers for both of those devices. Since Apple’s App Store has certain restrictions, there is no Xbox cloud gaming app. Instead, you have to access cloud gaming through a browser. It was easy to set it up by creating a link on the home screen. Then I could connect and start playing quickly. I was impressed at how well the games worked on my iPhone and iPad with the Gamevice controllers. The controller has a feel similar to an Xbox controller to which I am accustomed. Since the games are streaming, the processing power of your device does not matter. The only downside I experienced was the need to remove the cases from my devices because they need to fit snuggly into the controllers. This minor inconvenience was worth the effort to play games on my mobile devices. 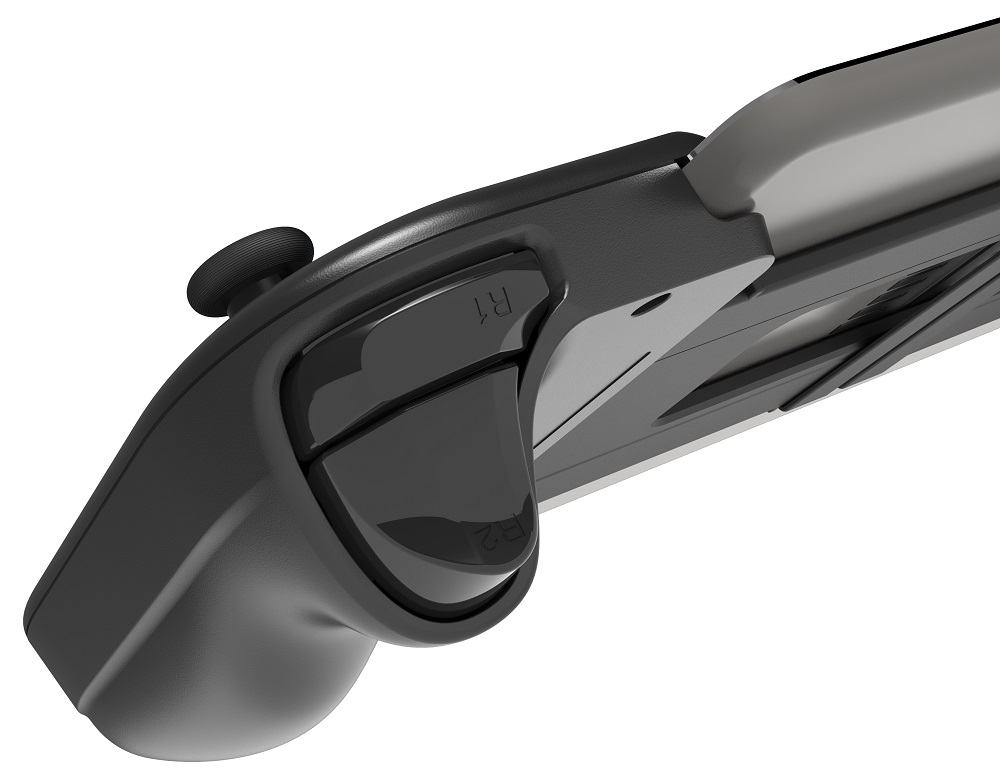 The bumpers and triggers are similar to an Xbox controller. Image courtesy of Gamevice.

I received the controllers from Gamevice just prior to going on a vacation with my family. This was a great opportunity to give them a real-world test. Personally, I preferred playing on my iPad since the small screen of my iPhone was harder for me to see with my older eyes. However, my kids played games on both iPhone and iPad. They really liked using the Gamevice controller for playing Fortnite rather than using the on-screen controller. I, on the other hand, was impressed with the controls when playing the latest Microsoft Flight Simulator.

My kids and I are really impressed with the Gamevice controllers. While we only tested them out with games from Apple Arcade and Xbox cloud gaming, the controllers worked great for all the games we tried. In fact, I have already played more games on my iPad in the past few weeks than I have in several years. I also found it so much easier to play games with a controller instead of using touch on the screen. I highly recommend Gamevice controllers for those who like to play games on their phone or iPad or would like to play more games on these mobile devices that require or benefit from a controller.

For more information, check out the Gamevice mobile game controllers on their Amazon store.

Disclosure: GeekDad received a sample of this item for review purposes.

Drone strike on Crimea, as Zelenskyy urges civilians to evacuate from Donetsk region

Why iPhone 14 surprisingly launching in September 7?