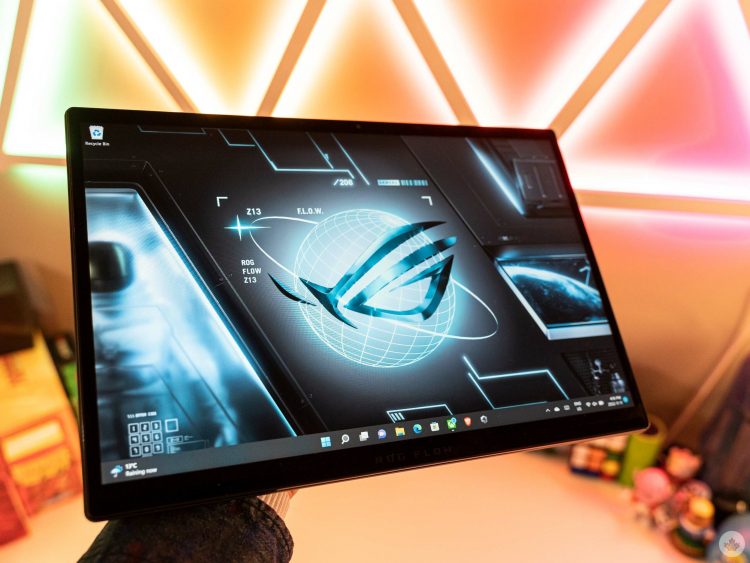 I’ve tried a few gaming laptops over the years and generally arrive at the same core issue: you give up too much performance for not enough portability. However, Asus’ ROG Flow Z13 2-in-1 is a gaming laptop I wouldn’t mind carrying around.

While likely not everyone agrees, for me, I find it a tough tradeoff to make. Generally, I want my laptops to be as portable as possible — thin, light, small, etc. I expect lower performance accordingly, but that’s okay since I make up for it with a large, bulky desktop with tons of performance for when I need it. Gaming laptops tend to walk a fine line of being technically portable while also managing to be obnoxious to carry around. They’re big, heavy, loud, and the battery dies if you spend more than an hour away from an outlet. They tend to be covered in gaudy RGB, giant fan grilles and sport weird designs. None of these things are explicitly bad, but I don’t look for them on a laptop.

At the same time, these things are getting better thanks to improvements in Intel’s recent 12th and 13th Gen chips. Still, in most cases, getting a mobile chip will mean trading performance for improved thermals and energy use versus comparable desktop chips, both of which are important in laptops. The same generally holds true for GPUs.

This is where Asus ROG Flow Z13 comes in. I’ve had the opportunity to play around with one for a few weeks and generally was impressed by its portability. The Flow Z13 offers a similar form factor to Microsoft’s excellent Surface Pro 2-in-1, but significantly more power. Enough to actually play games, although maybe not at the highest visual settings.

The Flow Z13 does still suffer from a major affliction of ‘gamer aesthetic,’ but it manages to be less in-your-face than other gaming laptops. Plus, the rear window showing off some of the internal components plain looks cool.

A brief look at performance 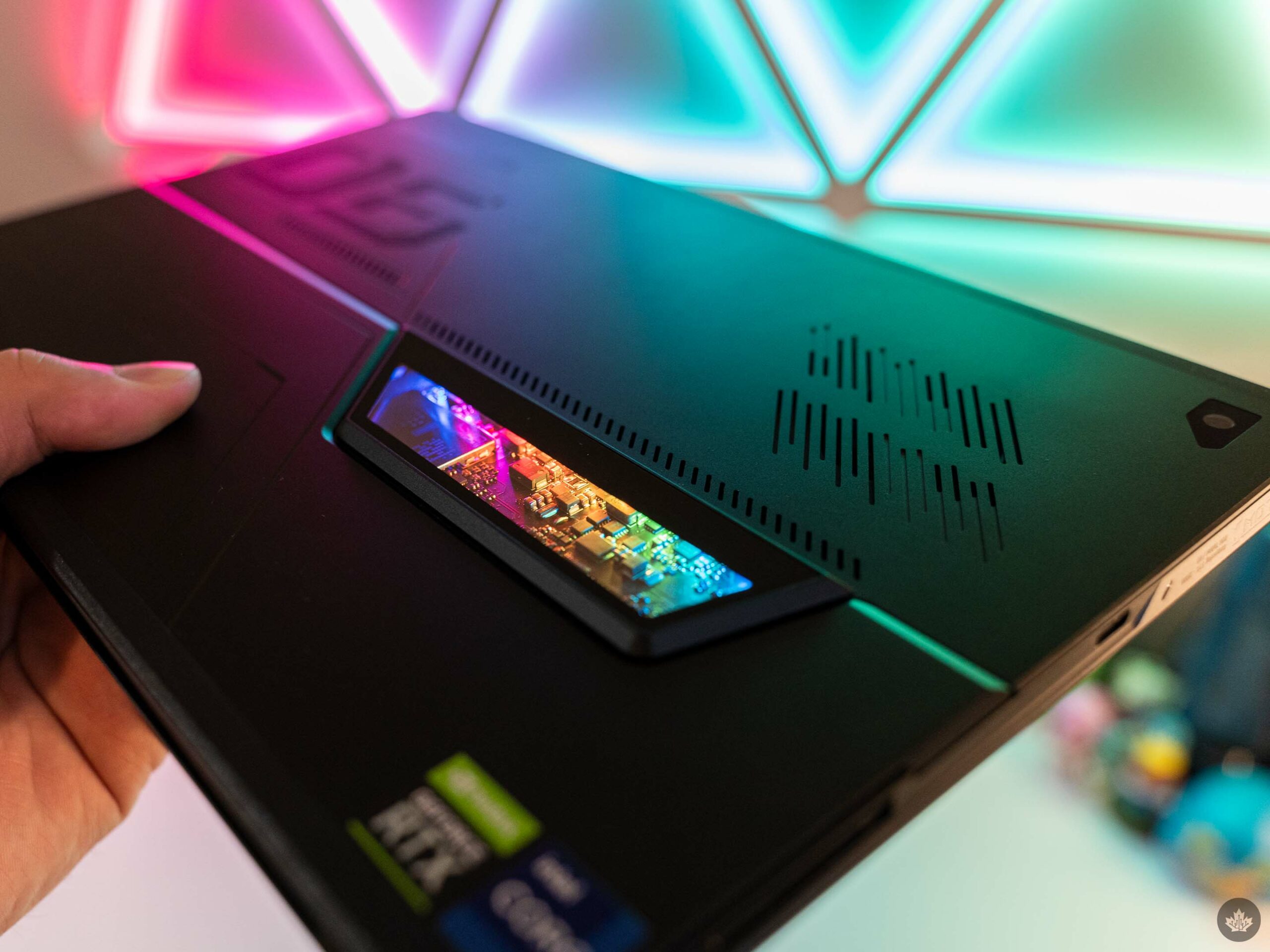 On the inside, the Flow Z13 I played around with sported a 12th Gen Intel i9-12900H CPU and Nvidia GeForce RTX 3050 Ti Laptop GPU. It also features 16GB of RAM, 1TB of storage, and a 13.4-inch UHD+ 3840×2400 pixel 60Hz display. The screen looks great, although admittedly having such a high resolution seems like a bit of a waste on such a small screen. Plus, in some games, hitting the coveted 60fps target was hard when running at the higher resolution. It’s also worth noting Asus offers other variants of the Flow Z13 with i7 or i5 CPUs, although the i5 variant only offers Intel Xe graphics, which I don’t recommend for anyone wanting to do serious gaming.

You can view the full spec page for the ROG Flow Z13 here, but I do want to highlight the weight at 1.18kg (2.6lbs). That’s quite a bit lighter than the similarly specced MSI Raider GE76 I tested earlier this year, which weighed 2.9kg (6.39lbs). The Flow Z13 is still heavier than the almost 880g Surface Pro 9, but that gap is much narrower.

Still, in the games I played, the Flow Z13 did well enough that I’d be happy gaming on it, although I sometimes had to tone down graphics settings to keep a consistent 60fps. I had a blast playing my go-to game at the moment, Destiny 2, on the Flow Z13, while newer titles like Hitman 3 averaged about 55fps on high settings (with some tweaks, 60fps is well within reach). Of course, like any other gaming laptop, performance falls off a cliff when running on battery power, not that the battery will last long enough for a good gaming session anyway.

Will the Flow Z13 blow you away with incredible game performance? No. But it does well enough, and, for the size, I was content with the trade-offs I was making.

A note about accessories 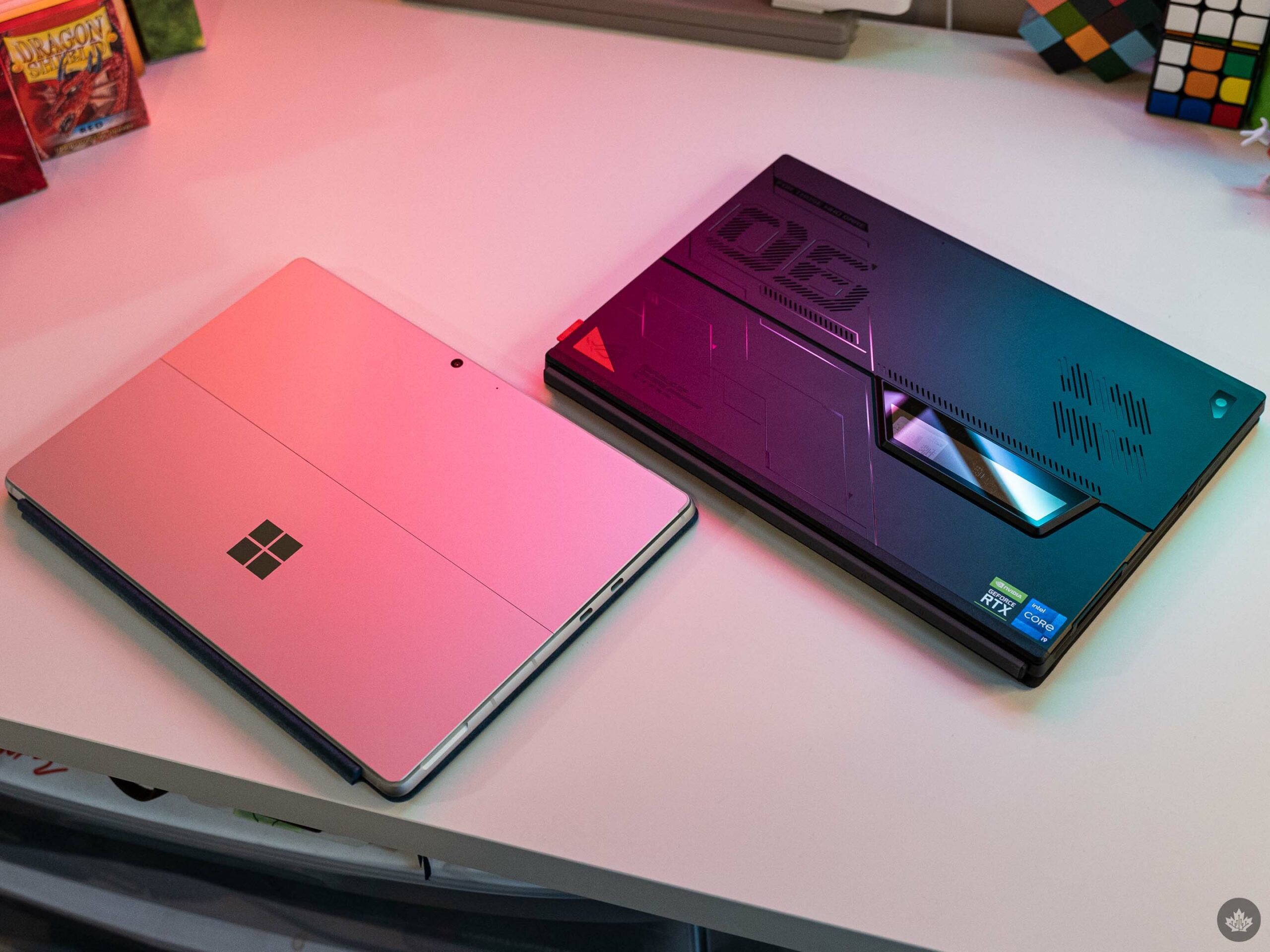 One area where the Flow Z13 differs from 2-in-1s like the Surface Pro is that it comes with the keyboard. Given that keyboards are an integral part of PCs, it’s good that Asus didn’t make this an extra cost. However, one accessory that you may want isn’t exactly readily available.

The Flow Z13 is compatible with the ROG XG Mobile eGPU, which acts almost like a dock for connecting the device to an external monitor. According to Asus’ website, the XG Mobile can feature either a GTX GeForce RTX 3080 or 3070 Laptop GPU, further boosting performance. But, the XG Mobile eGPU doesn’t appear to be available for purchase in Canada, except as a bundle with a different Asus gaming laptop.

To be fair, the XG Mobile isn’t necessary for external monitor use — I was able to get the Flow Z13 to output to my desktop monitor using a USB-C to HDMI adapter, but ultimately the XG Mobile would be a more elegant solution if it were available. It’d also make it easier to recommend the other Flow Z13 devices with less powerful GPUs since you could make up for that with the eGPU. 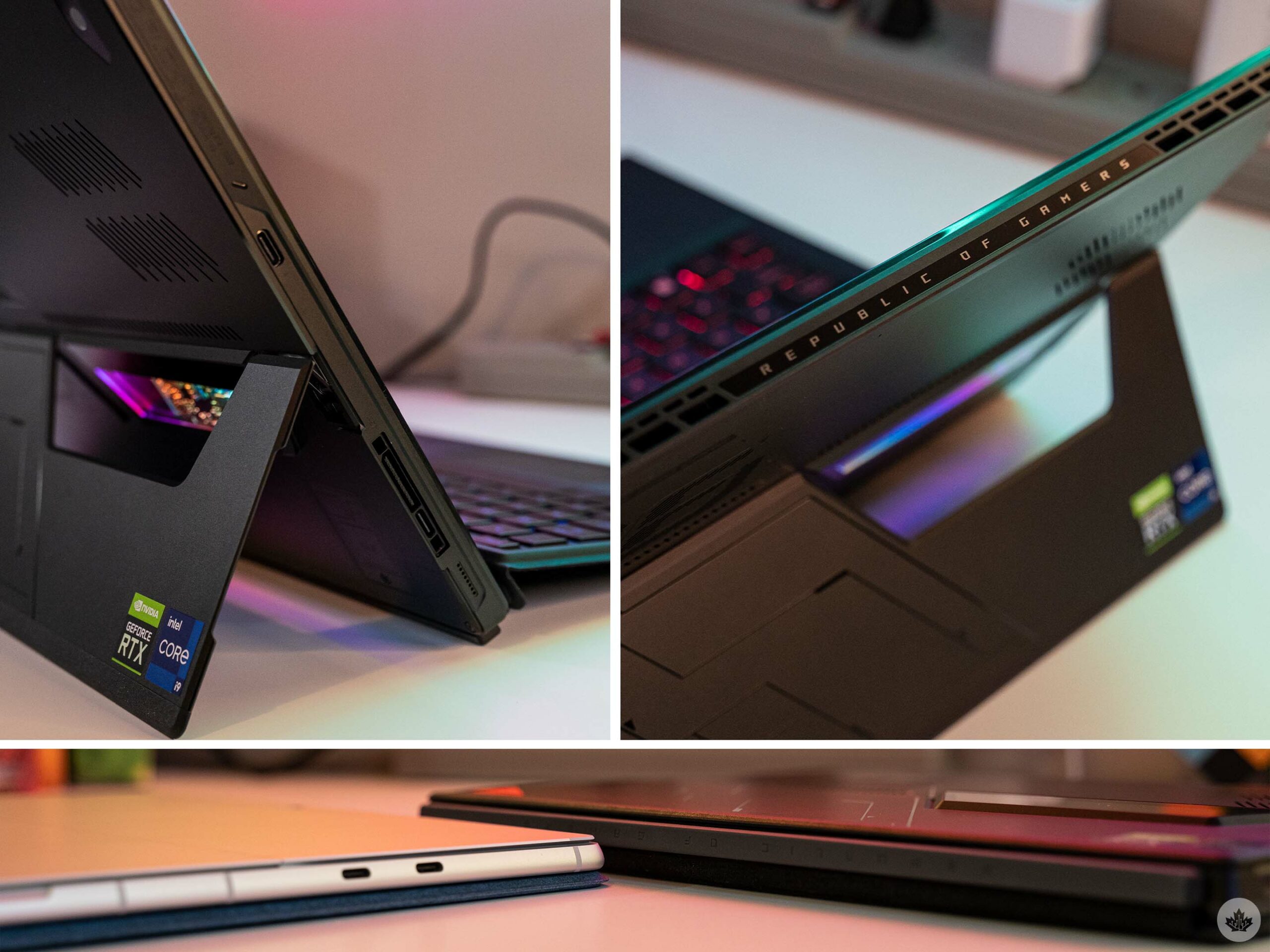 The i9-equipped ROG Flow Z13 clocks in at a pricey $2,499.99 in Canada and is available at Best Buy and Amazon. Given how unique the 2-in-1 is, though, if you’re looking for a laptop to pull double duty between gaming and portable productivity, this is a great option.

MobileSyrup utilizes affiliate partnerships. These partnerships do not influence our editorial content, though MobileSyrup may earn a commission on purchases made via these links.