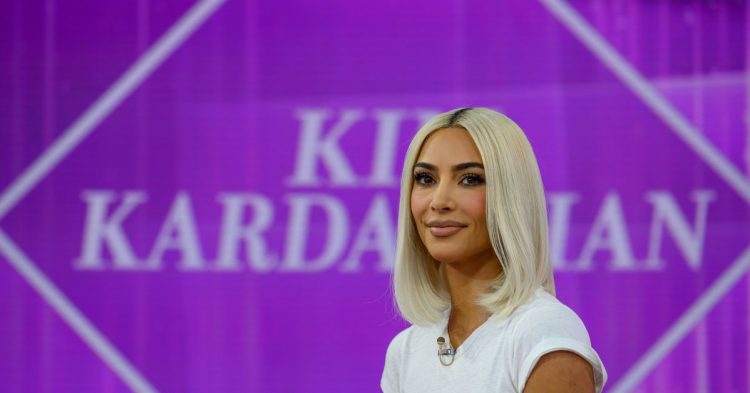 The crypto crackdown has come for Kim Kardashian.

The Securities and Exchange Commission (SEC) announced on Monday that the queen of influencers did a little too much influencing when it came to the EthereumMax (EMAX) token, which Kardashian promoted on her Instagram in June 2021. She’s agreed to pay $1.26 million and not promote crypto securities for the next three years.

The settlement shows that the SEC is ready, willing, and able to go after celebrity crypto endorsers. Many of them made plenty of money promoting what ended up being shady crypto schemes that quickly collapsed, leaving investors (often their own fans) with empty pockets.

SEC chair Gary Gensler did a little social media influencing of his own, announcing the settlement with a tweet that included a video of him warning people about celebrity endorsements of investments.

This case is a reminder that, when celebrities / influencers endorse investment opps, including crypto asset securities, it doesn’t mean those investment products are right for all investors.

That tweet may well serve as a warning to the celebrities themselves, too. Gensler has made no secret of his desire to go after the loosely regulated and highly volatile world of crypto investments. The SEC has already investigated some of the biggest platforms and people in it. While Kardashian is one of the first, and surely the highest-profile celebrity, to get dinged for promoting crypto to her fans, it’s doubtful she’ll be the last. She may not even be the last celebrity the SEC charges for promoting EthereumMax, which also enlisted boxer Floyd Mayweather Jr. and basketball player Paul Pierce to endorse the token. The SEC noted that its investigation into EthereumMax “is continuing.”

Kardashian’s Instagram story was marked as an ad with “#ad.” That wasn’t good enough for the SEC, which said in its release that the post didn’t include all the information that was legally required for security endorsements, including the source and amount of that compensation. Kardashian was paid $250,000 for her story, the commission said.

Kardashian’s settlement includes that $250,000, interest, and a $1 million penalty. It’s a tiny fraction of her net worth, which is estimated at nearly $2 billion. Kardashian probably won’t even notice it’s missing. But there’s a symbolic value, too: this shows that the SEC isn’t afraid to go after some of the biggest celebrities in the world.

“Ms. Kardashian is pleased to have resolved this matter with the SEC,” Patrick Gibbs, a lawyer for Kardashian, said in a statement. He added that Kardashian cooperated with the SEC and will continue to do so. “She wanted to get this matter behind her to avoid a protracted dispute. The agreement she reached with the SEC allows her to do that so that she can move forward with her many different business pursuits.”

EthereumMax spiked in value when Kardashian, Mayweather Jr., and Pierce promoted it. It plummeted quickly afterward. The three are also the subject of a class action lawsuit that accuses them of working with EthereumMax to artificially inflate the token’s value, also known as a “pump and dump.” The crypto world has been especially susceptible to these, with many celebrities promoting tokens to their fans, only for those tokens to crash in value shortly afterward.

Ben McKenzie, an actor who has become an outspoken critic of the crypto market — specifically the “Hollywoodization” of it — wrote about Kardashian’s EMAX promo last October for Slate as an example of how celebrities were taking advantage of their fans by endorsing shaky crypto investments.

“The wheels of justice grind slow, but at long last government regulators have struck a death blow to the nascent crypto industry. I speak, of course, of Kim Kardashian and EthereumMax,” McKenzie told Recode.

Update, 3 pm ET: This story has been updated to include a statement from Kardashian’s lawyer.

Our goal this month

Now is not the time for paywalls. Now is the time to point out what’s hidden in plain sight (for instance, the hundreds of election deniers on ballots across the country), clearly explain the answers to voters’ questions, and give people the tools they need to be active participants in America’s democracy. Reader gifts help keep our well-sourced, research-driven explanatory journalism free for everyone. By the end of September, we’re aiming to add 5,000 new financial contributors to our community of Vox supporters. Will you help us reach our goal by making a gift today?