Don’t Replace an Old Computer, Put an SSD In It 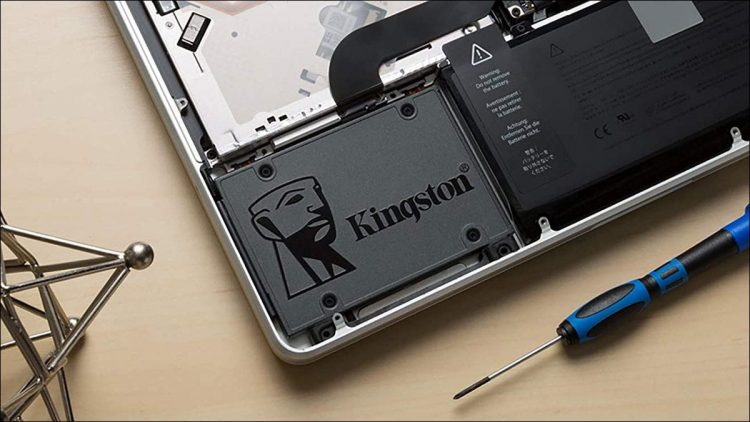 If you have the itch to upgrade an older desktop computer or splash some cash to buy a brand new laptop to get better performance, you really should start with this cheap upgrade.

You Don’t Need a New PC, You Need a Fast Drive

Don’t get us wrong: If you want to play current AAA game titles on ultra, play around with machine learning or AI artwork engines, or other such demanding applications, it’s quite possible you do, in fact, need new hardware—and certainly a lot more of it than just a simple drive upgrade.

Because for people who use their computers to browse the web, watch streaming video, write reports for work (or sit through Zoom call after Zoom call), and so on, it’s rarely the processor or other hardware holding them back. It’s the read/write speed of the hard drive.

The hard drive bottleneck is what makes your computer feel sluggish while booting, loading apps, saving files, and so on. You don’t need a current-generation i9 processor to get a fast boot or snappy file loads. You need a fast drive.

We really can’t overstate how much life an SSD upgrade breathes into an old machine. Back in 2015, we had a mechanical hard drive failure in a 2013-era Dell Inspiron laptop. We took that opportunity to write a tutorial showing you how to swap the slow mechanical hard drive in your laptop for an SSD.

And you know what? As of this article in September of 2022, that laptop still gets used, albeit not as frequently, for general tasks like web browsing, editing, and so on—because a snappy hard drive is so much more useful for day-to-day basic computer use than a blazing-fast processor.

Older laptops, by the way, are a prime candidate for this kind of project because mechanical laptop drives are typically lower RPM drives (like 5400RPM) to save energy and extend battery life. That’s great and all, but it’s a huge performance hit. Swapping to an SSD will not only improve your battery life but supercharge drive performance in the process.

You Don’t Need a Premium Drive for Great Results

If you’re building a new PC, by all means, buy a really nice SSD. In fact, if you’re building a brand new machine, it’s tough to go wrong with a motherboard that supports M.2 NVMe (the next generation of SSDs that have a smaller memory-stick-like-profile and even better performance).

You can pick up a 480GB 2.5″ drive for around $30-40. This Kingston SDD line is the go-to pick for budget performance upgrades, with this Crucial option close behind.

You can go cheaper and get a 240GB or even 120GB drive, which will drop your price point down to around $20, if you can believe that, but it’s not really worth it. You save $15-20 but at the expense of getting stuck with a very cramped-for-space drive.

Jumping up to 480GB or higher leaves you room to save bigger files, install games on your fast drive—although there are plenty of games that run fine on a laptop with a potato processor—and otherwise not feel too cramped.

And if you want to jump up in both drive quality and size, you can grab a 1TB Samsung 870 EVO. Regularly around $100 and as low as $80 or so when you catch a good sale, it’s a great option for anyone looking to upgrade a more current laptop as opposed to bare-bones-budget upgrading a really old machine.

While you’re at it, feel free to pick up an external drive case for your old laptop hard drive. It might not have been a performance superstar, but there’s no reason it can’t serve out a few more years as a redundant offline backup destination.

Coinbase says it has minimal exposure to FTX, downplays risk