Do High-End GPUs Waste Power When You’re Not Gaming? 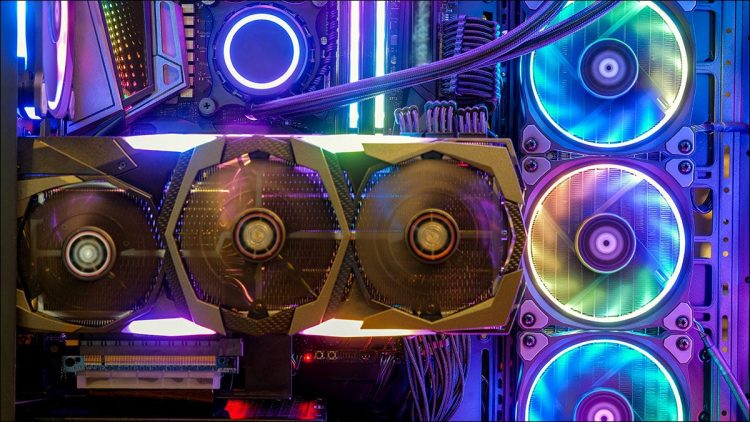 You bought a beefy GPU to game—or perhaps create AI-generated artwork—and when it’s running full bore, it uses a lot of energy. But what about for boring day-to-day stuff? Is it wasteful?

Whenever new GPUs are released, there is always chatter about how much power they consume, and curious PC builders want to know if they’ll need a new PSU to support new (and almost always higher) power demands.

It would be easy to assume that those new beefier GPUs are just all-around power-hungry. In fact, a thought like “I spend almost all my time working on spreadsheets and documents for work and hardly any time gaming, so I’m probably wasting a ton of electricity with this thing” might cross your mind.

Thankfully, that’s not the case. Despite the significant difference between the peak capabilities of different generations of graphic cards, there is little variation between the idle or near-idle loads.

If you want to dig into power consumption data for different cards, you can poke around the internet and search for specific cards. A handy shortcut to a lot of digging and comparison, however, is to check out the power consumption stats in the thorough card reviews over at TechPowerUp—like this review of the ASUS RTX 3080 Noctua OC.

For each card they review, they stress test it thoroughly and give you power breakdown data for idle, multimonitor, gaming, and maximum power consumption. You might not want to geek out that much over power consumption data, but if you do, it’s there. Just search for your card or a similar model and dig in.

Speaking of geeking out over power consumption, if you want to test your PC’s total power consumption idle and under load (or any other device for that matter), check out our guide to monitoring power use.

Power Use Under Load Is a Different Story

Naturally, the power consumption under load is different for newer and more powerful cards, which is exactly why you often have to upgrade your PSU to keep up with the demands of a new GPU.

Under load, while playing a demanding game or doing some rendering work, the aforementioned GTX 1060 might hit 125W of power consumption.

On the other hand, an RTX 3080 could easily hit 345W while playing demanding games. That’s a 220W difference, which is no trivial amount, to be sure.

So assuming every second of your gameplay was practically redlining the GPU (which it likely isn’t), you’d only spend $3.17 more a month for the same amount of gaming.

And who knows, perhaps upgrading your GPU will even save you money! There’s a bit of a running joke in the PC gaming community that right around the time you upgrade your build, you’ll find yourself too busy to enjoy it—a bit of an upgrade curse, if you will. So throw that beefy new GPU in there with the confidence that you’ll probably get too busy with school, work, kids, or all of the above to run up your power bill.