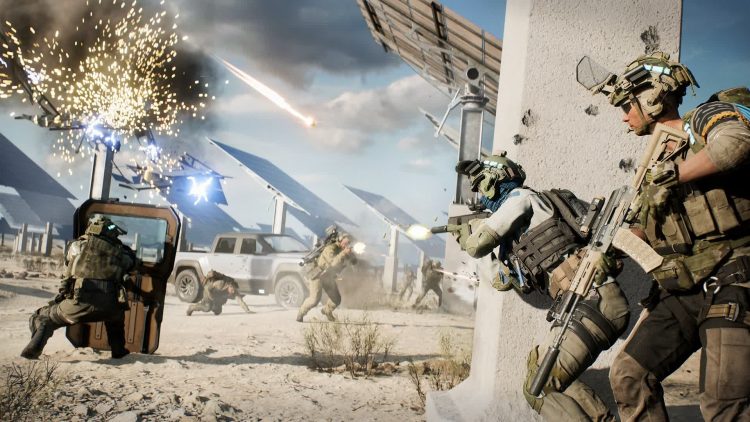 A hot potato: One of the biggest questions surrounding Microsoft’s $68.7 billion acquisition of Activision Blizzard is what will happen to the latter’s games, especially the popular Call of Duty series. They are fears that it will become exclusive to the Xbox consoles and PC, but at least one person appears to be hoping this scenario will happen: EA boss Andrew Wilson, who says CoD exclusivity would bring more success to the company’s Battlefield games.

Electronic Arts CEO Wilson was speaking at a recent Goldman Sachs event about the Microsoft/Activision deal and what Call of Duty Xbox exclusivity could mean for EA’s multiplayer FPS series, Battlefield, which has long stood in CoD’s shadow.

“In a world where there may be questions over the future of Call of Duty and what platforms that might be on or might not be on, being platform agnostic and completely cross-platform with Battlefield, I think is a tremendous opportunity,” he said (via SeekingAlpha/GameSpot).

Battlefield hasn’t had the best time over the last few years. 2018’s Battlefield V gained several positive reviews but not everyone agreed. The Metacritic user score of 3.0 suggests it’s one of those titles critics liked better than gamers.

Then there’s Battlefield 2042. There was quite a bit of excitement in the run-up to the release, only for it to become one of the worst-rated games on Steam, the result of crashes, server issues, poor performance, broken vehicles, wandering bullets, and much more. There was even a petition from buyers demanding a full refund for what they called an “unplayable” game. The shambles led to DICE’s head of design leaving and major reorganizations at the developer and publisher EA.

Wilson acknowledged the previous games’ disappointing receptions. “I don’t think we delivered in the last two iterations of that in the way that we should have,” he said. “There’s a lot of work that we’ve got to do there. But at its very core, this is an extraordinary IP. And what we’ve seen in the world of entertainment is, great IP is resilient.”

The EA boss appears confident that the future of the series, which includes several Battlefield “experiences,” is bright, even if CoD doesn’t become exclusive to Microsoft platforms. “We’ve seen movies not live up to the expectations of franchises. Star Wars might be one such franchise. And then you can see what happens when you get the right creative team involved, how they can completely reinvent and grow a franchise. And I think we have an extraordinary creative team involved in Battlefield now who have unbelievable ambitions to own the first-person shooter space.”

Microsoft’s acquisition of Activision Blizzard is facing increased scrutiny from regulators over what will happen to Call of Duty and other games. Xbox boss Phil Spencer said Microsoft is committed to keeping CoD on PlayStation for three more years beyond the current deal Sony has with Activision, which covers the series’ next three releases, including October’s Call of Duty: Modern Warfare II. PlayStation CEO Jim Ryan called the proposal “inadequate.”

Google Pixel’s Next Update Is Timely Yet Late – Review Geek