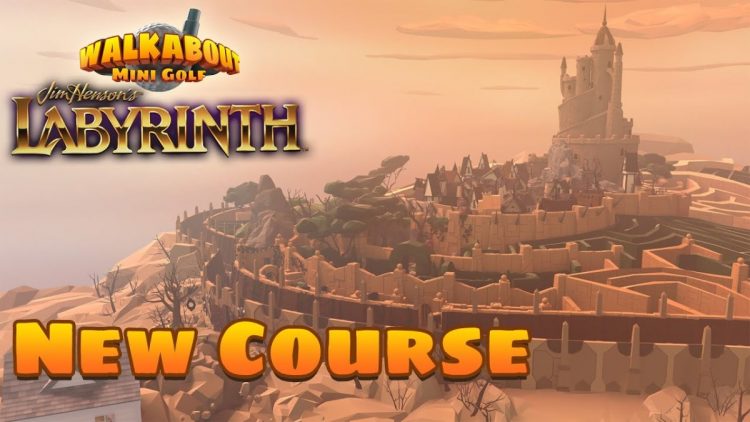 The Jim Henson Company has signed a deal with Mighty Coconut—the entertainment studio behind the best-rated multiplayer game on the MetaQuest: Walkabout Mini Golf—to develop a 36-hole VR course set in the world of Jim Henson’s 1986 classic fantasy film LABYRINTH. The course will be available on MetaQuest, Steam, and forthcoming VR platforms Summer of 2022 and will feature family-friendly gameplay with realistic physics, and beloved creatures from the film. Labyrinth is especially suited to VR, allowing the game’s creators to transport fans right into the world of creatures, faeries and goblins so memorably brought to life by Jim Henson’s Creature Shop.

I will certainly be the first to admit that “virtual reality mini-golf” seems like one step too far for me. Explore the Labyrinth world with a VR headset? Dope. Labyrinth-themed mini-golf in real life? Hell yeah, I’m there. But I’m willing to suspend my cynicism here, because Mighty Coconut seems to have put a lot of effort into this transmedia experience — including plenty of in-game Easter eggs, Henson-designed creatures, and yes, even Labyrinth-themed cocktails (not the VR kind).

Walkabout Mini-Golf — Labyrinth is available for just $3 on Steam (unless you also want to splurge for all the fancy DLC).

10 Features the iPhone Should Steal From Android